The NSA-Israel Scandal: Who Cares? 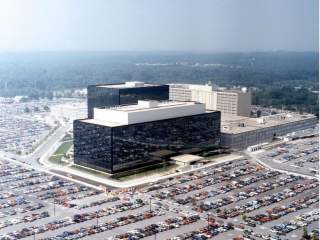 Adam Entous and Danny Yadron of the Wall Street Journal had Facebook, Twitter and every other social media platform abuzz last night when they published their exclusive December 29 piece, entitled “U.S. Spy Net on Israel Snares Congress.” The account, based on interviews with more than two dozen former and current administration and intelligence officials, outlines the length to which the National Security Agency—under explicit orders from policymakers in the Obama administration—kept tabs on Israeli Prime Minister Benjamin Netanyahu during the high-stakes nuclear negotiations with Iran.

As Entous and Yadron report, the Obama administration made the decision to allow the NSA to continue intercepting Prime Minister Netanyahu’s communications, in a program that was apparently designed to uncover precisely what the premier’s thoughts were about the highly sensitive and delicate Iran-P5+1 diplomatic process. Contacts between Netanyahu and his senior advisors were fair game for NSA analysts to sweep up, which is standard business for the men and women who work in the massive Fort Meade complex. In the context of that work, however, the NSA realized that some of the conversations they were intercepting were between senior Israeli officials and members of Congress who were being lobbied by Netanyahu’s administration to vote against the Iran nuclear deal when the accord came up for a vote. From the story:

“The U.S., pursuing a nuclear arms agreement with Iran at the time, captured communications between Mr. Netanyahu and his aides that inflamed mistrust between the two countries and planted a political minefield at home when Mr. Netanyahu later took his campaign against the deal to Capitol Hill.

"The National Security Agency’s targeting of Israeli leaders and officials also swept up the contents of some of their private conversations with U.S. lawmakers and American-Jewish groups. That raised fears… that the executive branch would be accused of spying on Congress.”

No one can blame NSA officials for covering their tracks and worrying amongst themselves that they would be accused by members of Congress for spying on the American people’s elected representatives. Indeed, if Entous and Yadros’ story had gotten out during the height of the Edward Snowden disclosures, there would be more than a distinct possibility of the head of the NSA and the Director of National Intelligence being summoned to Capitol Hill for an angry and tense multi-hour grilling.

And yet, when one takes a step back and looks past the initial hype of the Wall Street Journal article, there is nothing at all unusual between what the Obama administration authorized and the program that the NSA carried out.

Yes, Israel is America’s closest ally in the Middle East and yes, the Israeli and U.S. intelligence agencies are often in synch on numerous national security issues. But from where President Obama was sitting, permitting the NSA to intercept Netanyahu’s communications was both legal under U.S. law and strategically wise. Just because some U.S. lawmakers happened to be included in the reports sent back to the president does not change these three fundamental facts.

1. It was no secret to President Obama that Prime Minister Netanyahu was deeply unreceptive to Washington’s plan of resolving the Iranian nuclear issue diplomatically. If Obama viewed Iranian Foreign Minister Mohammad Javad Zarif and his entourage as rational human beings that would be willing to strike an agreement if the right mix of pressure and concessions were offered, Netanyahu considered the entire enterprise a waste of precious time—time that could otherwise be used to lay the groundwork for even an even more severe package of international economic sanctions to or a preemptive military operation to get Tehran to comply. For Netanyahu, any enrichment capability inside Iran was a non-starter for his government, and an inspection and verification regime that would only last ten to fifteen years was an indirect admission from the international community that Iran would eventually be able to acquire a nuclear weapon.

Netanyahu wasn’t shy about expressing his reservations and outright opposition to the diplomacy that the U.S. and the P5+1 were conducting. In fact, he used every appearance when interviewed on U.S. television to condemn the concessions that the administration was offering, and scoffed at the very idea that a settlement should result in a domestic enrichment program for Iran. Whether it was bashing the interim nuclear agreement as an “historic mistake” immediately after it was signed or admitting freely on Meet the Press that he was “trying to kill a bad deal,” Netanyahu’s objective as it concerned Iran’s nuclear program was completely contrary to U.S. policy. It’s only natural, indeed expected, for the United States to leverage its intelligence resources to defend an investment that the country was working to achieve over three years time. The surest way to defend an investment is to determine what other players are saying or doing. This is exactly what the administration chose to do.

2. Lest anyone forget, the mission statement of the National Security Agency is as follows: direct “the U.S. Government in cryptology that encompasses both Signals Intelligence (SIGINT) and Information Assurance (IA) products and services…in order to gain a decision advantage for the Nation and our allies under all circumstances.” In other words, NSA cryptologists and analysts are dedicated to learning what foreign leaders are saying in order to ensure that U.S. national security is protected and U.S. foreign policy interests are preserved and advanced. No one should be surprised that the NSA, the CIA or any other U.S. intelligence agency is actually performing the job they are ordered to do. As former NSA’er John Schindler remarked on Twitter once the story broke, “I am an opponent of ‪#IranDeal. I think Obama has sometimes been a jerk to Israel. But SIGINT & CI vs Israel are utterly normal. Calm down.”

3. The juiciest part of the account is clearly that the White House could “be accused of spying on Congress.” But if this is disturbing to some members of Congress (Pete Hoekstra, the former Chairman of the House Intelligence Committee, called for a full investigation and possible prosecution of Obama and NSA officials) they should look at themselves in the mirror and stop complaining.

To put it bluntly: President Obama and the leadership of the NSA are not the only parties that should be getting heat from this latest intelligence disclosure. As the story indicates, the House and Senate Intelligence Committees were fully aware of what was going on. Administration officials briefed the congressional intelligence committees of the surveillance as is required by U.S. law, and the committees didn’t appear to have a problem with the NSA’s activity. So the next time you hear a congressman or senator on television in the next several days, expressing shock and outrage that the administration would be so devious as to scoop up the private communications of members of Congress, remember that the honchos on the two intelligence committees were willing to provide the NSA with the go-ahead.