The Obvious Question: What Does Russia Want? 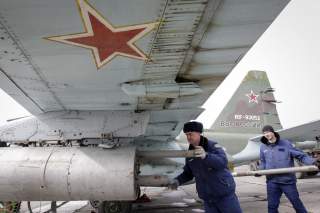 With Vladimir Putin now safely back in the Kremlin for another six years, and with a number of crises involving Russian forces still smoldering in the world, the time is ripe to have another look at the vexing question of what exactly Russia might want from the next decade, and what it might be willing to do to achieve these ends.

Russia is one of history’s great survivors. In one form or another, it has existed for close to a thousand years; for a large part of that period, particularly in recent centuries, it has counted itself among the greatest land powers on the planet. It does, however, have difficulty with its national identity. Spanning eleven time zones, and with a landmass equal to the surface area of the moon, it is home to an ethnically diverse mixture of creeds and cultures. In many ways, its recent history has been one of self-colonization.

For the last four hundred years or so, elites, based in Moscow and later St. Petersburg, have dictated Russia’s outlook on the international stage. During this period, it has sought to be a part of Europe but also to remain separate, exhibiting a unique “Russian way” of balancing the state, society and the individual. Europe’s peoples are sufficiently near to Russians, and sufficiently similar to them, for their fate to be important. Russians read their literature and enjoy their music and art—and yet their societies are, in many ways, exceedingly different. The past still divides Russians as much as the present. In fact, most Russians would not identify the present Russian Federation as what they understand by “Russia.” Increasingly, they would rather use the term “Russian world”—a vaguely defined, nebulous entity that transcends the boundaries of the Russian Federation and sometimes even as far as those of the former Soviet Union. The majority of Russians seem to consider it morally justified to use force in pursuit of Russia’s interests within the “Russian world.” This has caused Moscow’s international dealings with others to be defined by an anxiety to prove itself, and to justify such actions. In so doing, the emphasis on this unique “Russian way” has taken on a life of its own.

All nations have interests. National interests are essentially a consensus, made among a nation’s political elites and their key constituents, about specific goals and ambitions in the international arena. Agreement about these goals guides a country’s relations with other countries and international organizations and, just as importantly, must include acceptable costs for these policies. Such things are usually relatively stable, being shaped and supported by the nation’s geopolitics, history and culture. However, since national interests are forward-looking statements that deal in a variety of possible future scenarios, their outcomes remain inherently uncertain. It is quite possible, therefore, that the pursuit of any one of them may not always yield the expected benefits. Moreover, the costs of this pursuit may be borne by one social group, while the benefits accrue to another. In other words, the pursuit of even seemingly obvious and “safe” national interests can carry some risk to political stability, both internally and externally.

In the 1990s, Russia’s national interests were not exactly a hot topic among scholars, analysts and opinion makers. The prevailing assumption was that post-Soviet elites would, almost by default, adopt something akin to Francis Fukuyama’s “end of history” as the underlying guiding principle of their policy formation. Political and economic liberalization was expected to obviate the sources of national competition in all spheres: diplomatic, economic, geopolitical and even cultural.

In this context, Putin’s Munich speech of 2007 came as a shock, because it essentially made clear that post-Soviet Russia still maintained a unique set of national interests. This should have come as no surprise. There had been signs all along that Russia was intent on developing a more assertive international stance, even under Yeltsin. Russia’s opposition to NATO’s activities in the Balkans and the West’s expansion into central Europe had taken shape during Yevgeny Primakov’s tenures as foreign minister and prime minister. The process culminated in the dramatic cancellation of Primakov’s visit to the United States in March of 1999, when, in response to NATO’s bombing in Serbia, he ordered his plane, then en route to Washington, to turn back in midair and head back to Moscow. In the course of the Kosovo conflict that followed, Russian forces came to the brink of confrontation with NATO troops at the Pristina airport that same year. Few at the time realized how galvanizing the Kosovo humiliation had been to post-Soviet Russia, although scholars such as George Friedman and Rama Kumar later correctly connected it to Russia’s logic for the Georgia intervention in 2008.

What also changed between Primakov’s about-face over the North Atlantic and Putin’s speech in Munich was the price of oil. From $12.51 per barrel in March 1999, Brent crude rose to $57.56 per barrel by February 2007 and was projected to continue its march upwards; indeed, the price had again doubled by May 2008. Sales of oil and natural gas (whose price fluctuates with that of crude oil) accounted for 68 percent of Russia’s export revenue in 2013, the last year before the downward correction of 2014. Russia had therefore enjoyed several years of robust, uninterrupted growth in the price of its main export commodities. Economically secure, and with growing affluence, Russia could announce to all listening its opposition to what it saw as continuing encroachment by the West on its long-standing national interests.

More profoundly, Russia today considers itself the natural inheritor of the status once held by Soviet Union. Thus, beyond the ever-present defense of the homeland, it has the recovery of great-power status as its most important outward-looking national objective. To this end, Russia takes every possible opportunity to divide and weaken what it sees as the pervading influence of the West. The recovery of some of its erstwhile “buffer” states is an obvious part of this, but today we must be prepared for a far subtler effort than simply the use of armed forces. In the words of the supreme allied commander in Europe, Gen. Curtis Scaparrotti, “Russia has been very active in eastern Ukraine. . . . And they’re active through many means, not just military but information, work to undermine the political fabric, etcetera.” Russia’s interference in the democratic processes of the West, its energetic hacking of Western institutions and its undermining of authority with covert operations are symptomatic of its disregard for what it sees as disproportionate Western dominance in the international order.

To support this, Russia’s military strategy has evolved markedly over the last twenty-five years, embracing what some would call “unrestricted warfare.” This has been described as “warfare without rules” or “using all means, including armed force or non-armed force, military and nonmilitary, and lethal and non-lethal means to compel the enemy to accept one’s interests.” Other commentators have referred to this as “political warfare” or the act of fighting in the “gray zone.” It is important to understand here that the shift in the goal, from imposing one’s will by force to the acceptance of one’s interests by other means, fundamentally changes what it means to fight such impositions. Since many of these activities do not involve the use of violence, it is not always clear whether a military response is appropriate or not. Worse still, Western democracies largely reject this blurring of military and civilian tactics. Small wonder, then, that our government institutions, including the military, seem poorly equipped to provide an adequate response. Of course, this is precisely what Russia is banking on.

While Putin’s Munich speech gave a clear indication as to Russia’s mutually supportive economic and geopolitical goals, his recent speech to the Russian parliament also gave us insight into some of the means whereby he intends to exert influence in the world. Reaffirming Russia’s national interests, Putin stated that Russia is prepared to go all the way to a nuclear confrontation with the United States in pursuit of these goals. The array of weapons that Putin presented included systems designed to preserve the nuclear deterrent, as well as systems that only make sense if viewed as “second tier” nuclear weapons: weapons that Russia could use locally, without precipitating an all-out nuclear exchange. More worryingly, it seems that these inherently destabilizing weapons are likely to be the ones to spearhead any military component of Russia’s overall plans.

In essence, Russia is attempting to recoup its status as a great power by keeping its strategic nuclear deterrent up to date, preventing advances in Western missile defenses from blunting its nuclear sword and developing what have been unimaginatively called “super” weapons to gain an offensive advantage wherever needed. Although rumored for years, these were officially revealed in the last month, and consist of a series of both nuclear and conventional weapons utilizing advanced technologies like hypersonics to grant an asymmetric advantage against an assumed conventional dominance in forces from the West.