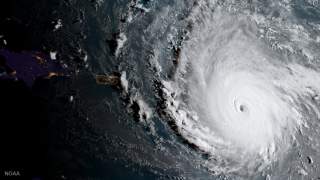 The total human and economic toll of Hurricane Harvey is not yet complete, but the current loss and estimated damage is staggering. Dozens of people have died; others may not be able to return to their homes for months; and petrochemical waste is leaking into the air and water at hazardous rates. The total economic impact is estimated to be as much as $30 billion dollars. While the city’s energy economy may recover fairly quickly, people living paycheck to paycheck and communities of color will have great difficulty rebounding from Harvey.

Despite this catastrophe, and the reality of more intense and frequent storms, the Trump administration has actively sought to reduce the nation’s ability to predict, monitor and protect us from the worst impacts of events like Harvey.

Three days of Hurricane Harvey resulted in more rainfall than Houston normally expects in an entire year. Although the event was considered “unprecedented” by the National Weather Service, Houston residents have already experienced three once in five-hundred-year floods in the past three years.

If it seems that we’re seeing more extreme weather events lately, it’s because we are. Last year, the United States was hit by six six floods that were categorized as five-hundred-year floods, and three-thousand-year floods. U.S. cities cannot ignore the need to build for the “new normal” that scientists have described for decades—higher temperatures, sea level rise, and more frequent and intense storms. And yet, that’s exactly what the federal government is doing.

President Donald Trump’s actions go beyond egregious statements such as, “you can’t get hurt with extreme weather,” to appointees, executive orders, and budget directives to congress that prevent the nation from anticipating, mitigating and recovering from events like Harvey. Trump appointed climate skeptics to lead the very agencies tasked to help with helping people find affordable housing, restore energy infrastructure, and oversee environmental recovery after disasters like Harvey. If the president’s cabinet can’t recognize the gravity of our extreme weather crisis, how can we expect them to help reduce their worst impacts?

Trump visited a shelter on his second visit to the city, but he does not show support for them at home. His budget called for eliminating the National Domestic Preparedness Consortium, which has trained nearly two million people to be first responders since 1998, and the Emergency Food and Shelter Program, which allows FEMA to grant organizations like the American Red Cross and United Way funding to help set up shelters, provide food and water to evacuees, and transition people to permanent homes after disasters.

As recovery efforts begin continue, President Trump has an opportunity to work with Congress and his own staff to put communities before budget cuts. Those who suffered in Harvey’s wake, and the rest of the nation, will be watching.

Danielle Baussan is the Director for Climate Preparedness at the Center for American Progress.