The Pushback: Why the Trump Administration Needs to Play Hardball with Europe's Intelligence Community 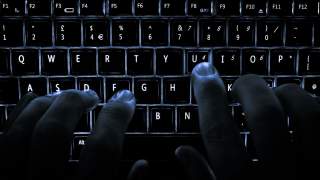 Foreign policy was a centerpiece of Donald Trump’s victorious presidential campaign and his presidential transition. China and Taiwan, ISIS, the Iran deal, and possible cooperation with Russia—each has been addressed by the president-elect and covered extensively by the media. Now that he has taken office, however, President Trump has inherited another issue that did not feature prominently during the campaign, but on which thousands of American jobs and billions of dollars in exports depend: tension with European allies over surveillance by the NSA.

The 2013 leaks by Edward Snowden badly harmed American credibility in Europe. A YouGov poll in 2015, two years after the leaks, found that Edward Snowden remained more admired in Germany than President Obama. Perhaps most troubling, in the year after the leaks the share of Germans calling for a more “independent” approach to the transatlantic relationship jumped from 40 percent to 57.3 percent.

High-level relationships between the United States and European officials have largely healed—partly out of necessity, partly because foreign-policy professionals are more jaded about espionage than ordinary citizens are.

Yet the Snowden leaks’ European legacy continues to harm U.S. interests. American technology companies continue to face skepticism from international customers, who fear that their products may be compromised by the NSA. And in 2015, the Court of Justice of the European Union, citing the Snowden revelations, invalidated the U.S.-EU Safe Harbor pact, an obscure but vital agreement that allows companies to transfer the data of their European users to the United States. Without such an agreement, billions of dollars in digital commerce would be at risk. The United States and EU hastily negotiated a successor, known as Privacy Shield, but that deal now faces a legal challenge of its own.

At the same time, recent events have begun to shift European public opinion about surveillance and counterterrorism. Most importantly, the migration crisis and a wave of jihadist attacks have led European governments to seek greater surveillance powers of their own. The UK’s new Investigatory Powers Act authorizes police to collect personal information in bulk, even if most affected users have nothing to do with an investigation. German lawmakers authorized the country’s foreign-intelligence agency, the BND, to sweep up the communications of non-Germans from the Internet, and recently created a new agency to help police crack encryption used by criminals and terrorists. French lawmakers have repeatedly renewed a state of emergency imposed after the Paris attacks, enabling police to carry out more than four thousand warrantless searches and four hundred house arrests. Meanwhile, European governments are beginning to acknowledge their own past surveillance activities. For example, in an unexpected twist, the German parliamentary committee created to study the NSA’s activities in Germany uncovered that the BND had eavesdropped on U.S. government facilities, other EU members, humanitarian NGOs and even the Vatican mission in Berlin.

These developments make it even less tenable for Europeans to caricature the United States as a uniquely pernicious actor on surveillance. They also offer an opening for the next administration to close the transatlantic gap on these issues in a way that advances U.S. interests. In a new report published by the Center for a New American Security, Michèle Flournoy, Richard Fontaine and I suggest several ways that the new administration can do this.

First, the new administration should seek to encourage a comparison between the protections the United States gives Europeans and those Europe has offered in return. President Obama’s Presidential Policy Directive 28 requires intelligence agencies to delete the personal information of foreigners after five years unless officials specifically find that it has intelligence value. In addition, the Privacy Shield agreement gives Europeans the right to challenge privacy violations in American courts and creates a State Department ombudsperson to receive European complaints about U.S. surveillance.

Yet these commitments have won the United States little credit in Europe; indeed, no European countries has offered the same courtesies to Americans. Ironically, these one-sided concessions may have inadvertently cemented the misimpression that the United States is uniquely guilty when it comes to surveillance. One way to change this is to invite a frank and open dialogue with U.S. allies about norms to govern surveillance of one another’s citizens. Another is to ask for reciprocity. The Trump administration should announce that after one year the most generous privacy protections in PPD-28 will be guaranteed only to citizens of countries that credibly promise the same to Americans. (“Credibly” would exclude illiberal adversaries like Russia, China and Iran.)

This would align with the president-elect’s emphasis on ensuring that international agreements give the United States a fair deal. It would give our intelligence agencies more leeway to collect against the hardest and most dangerous adversary nations. And it would highlight that no other country, including European allies, has made an equivalent commitment. By contrast, revoking PPD-28 altogether, as some have proposed, would endanger Privacy Shield by eliminating a key argument for why data transferred from Europe to the United States is adequately protected. If European courts strike down Privacy Shield—a very real possibility—the resulting scramble would be an unwelcome distraction from the new president’s other priorities.

The United States would also benefit from greater awareness among European publics of the substantial—indeed, lifesaving—contribution that NSA surveillance makes to European security. The United States reportedly sends to Europe vastly more counterterrorism intelligence than Europe sends back. Yet European publics hear a relentlessly negative account of U.S. surveillance practices, including from government officials who know better.

It goes without saying that a public relations tour trumpeting U.S. counterterrorism assistance would be distasteful and counterproductive. And the United States should not imply that counterterrorism is the only purpose of U.S. signals-intelligence collection. It is not, and U.S. officials would lose credibility by suggesting such a thing. But counterterrorism is a key purpose, and the United States could offer more information about how U.S. intelligence supports European security without boasting or overstating the case.

Finally, the administration should push back against one particularly noxious practice that harms U.S. economic interests: economic espionage for the benefit of particular companies. The United States has long forsworn this practice, but some U.S. allies have not. The United States should not be harangued into unilateral privacy concessions by countries whose surveillance practices include “stealing American defense technology” and “bugging American business executives.”

The Snowden revelations opened a gulf between the United States and Europe on surveillance and data privacy issues. That gulf is narrowing, but it continues to harm the United States. The Trump administration should take the opportunity to reach out to Europe—but also, where needed, to push back.

Adam Klein is a Senior Fellow at the Center for a New American Security.