The Real Danger of Refusing to Certify the Iran Deal 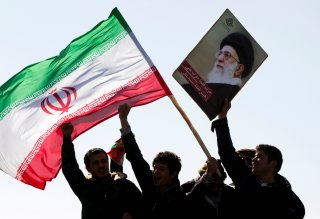 President Trump’s decision not to certify the Iran nuclear deal is reckless and dangerous. By all accounts—including that of the International Atomic Energy Agency (IAEA), America’s European allies, the U.S. intelligence community and Trump’s national security team—Iran has complied with the restrictive terms of the Joint Comprehensive Plan of Action (JCPOA) and significantly rolled back its nuclear program, while subjecting itself to the most intrusive inspections regime in the world.

Undermining a successful nonproliferation agreement in this way isolates America, sows doubt about its credibility and trustworthiness, signals to other rogue regimes, like North Korea, the imperative of a nuclear deterrent, and worst of all, needlessly puts the United States and Iran back on the road to confrontation.

Indeed, this is why Trump’s advisors convinced him to technically keep the JCPOA, while calling on Congress to impose nonnuclear sanctions and to amend the legislation that requires the president to put his imprimatur on the deal every ninety days. It is a way of keeping the deal but giving Trump symbolic ways of broadcasting his distaste for it. This is essentially an exercise in placating a petulant, fact-resistant commander in chief.

The ominous thing about Trump’s decision not to certify is that it is entirely unconnected to any kind of discernible strategic calculus.

To begin with, undermining the deal leaves America with less leverage than it had when it negotiated the JCPOA in the first place, because the international community is no longer on America’s side. This means there is essentially zero chance of achieving a better deal that is more punitive than the current one and that yields greater concessions from the Iranian side.

Furthermore, the White House has signaled that while the president is not certifying the deal, the administration is going to encourage Republicans in Congress not to reimpose nuclear-related sanctions. This makes decertification explicitly noninstrumental. It is not supposed to achieve anything of any strategic value at all. It’s merely a vehicle for the president to voice his irrational hostility for the deal itself and for his predecessor’s legacy.

It gets worse. Many critics of the deal believe Iran is implacably determined to obtain nuclear weapons at some point. Whether the context is the JCPOA or something else, it is taken essentially as a matter of faith that Iran wants the bomb; the only question is how to delay it or coercively prevent it.

This presumption is wrong. It seems rather clear that Tehran has decided that the benefits of making concessions in exchange for greater economic engagement and diplomatic relations with the world far outweigh the costs of doggedly pursuing a nuclear deterrent. The latter path carries the benefit of ensuring regime survival, but would also condemn Iran to perpetual isolation, rogue-state status and a harsh global-economic sanctions regime. Iran does not want to end up like North Korea, impoverished and without any allies.

This calculus is certainly one explanation for why Iran agreed to the JCPOA and why they have complied with it. The problem is that Trump’s subversion of the deal is likely to have an immediate and counterproductive impact on Iran’s cost-benefit analysis because it undercuts the benefits Iran gets from pursuing peaceful international engagement, while making the costs of obtaining a nuclear deterrent seem tolerable by comparison.

If Iran’s reward for compliance with the JCPOA is American duplicity, why should Tehran put any stock in negotiations? If belligerent U.S. leaders demonstrate a strong preference for hostility and confrontation, as opposed to reciprocal compromise and probity, what incentive does Iran have to keep its nuclear program under invasive inspections?

With the United States isolated and the rest of the world intent on enforcing the JCPOA, Iran still has reason to keep to the deal. However, the Trump administration’s approach is undoubtedly tipping the scales in the opposite direction.

This isn’t complicated. One doesn’t need a deep knowledge of esoteric international-relations theory at some high level of abstraction to understand why Trump’s new approach is, if anything, likely to backfire. A sixth grader should be able to figure this out, which only reinforces the idea that Trump isn’t even pretending to think strategically about this.

John Glaser is director of foreign-policy studies at the Cato Institute.