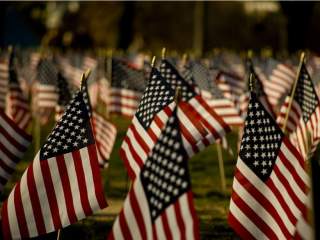 Assimilation has finally become a part of the national debate about immigration. This is to be welcomed, as the subject has too often been swept under the rug, where it lies unsettling all that is above.

There are, however, a few myths floating around the discussion of assimilation. Let me enumerate—then dispel—three of them.

One is that immigrants today are ethnic or racial "minorities," who are such unique victims of discrimination and ill treatment that they require remedial benefits to overcome these hardships.

A second is that today’s immigrants are assimilating in the same manner as immigrants before them. Curiously, immigration enthusiasts who make argument number one often make this argument, too. The irony is that, while many immigrants have, indeed, achieved economic integration, patriotic assimilation has been inhibited by government actions taken as a result of Myth #1.

The third is that the nation-state, and all the freedoms and individual rights associated with it, can survive the end of assimilation into one national culture tied by bonds of affection and shared experience. Curiously again, this argument is made by some of the people who make arguments one and two.

It’s always best not to assume moral turpitude among our opponents. Their glaring logical inconsistency is, however, a legitimate target. In a recent special report for the Heritage Foundation, I take aim at all these shibboleths.

It would be hard to find a time when immigrants—here or in any other country—didn’t find they had a very high mountain to climb to get to those “streets of gold.” Certainly it was the case during the first two major surges of immigration in the colonial era. The Germans who fled religious persecution and the Ulstermen who came to find a better living seldom found a welcome wagon parked outside their doors.

Benjamin Franklin echoed the sentiment of many “native” colonists as he worried about both the Germans' refusal to speak the native tongue (English) and their impact on politics. In a 1753 letter to the botanist Peter Collinson, Franklin wrote:

"I remember when they modestly declined intermeddling in our Elections, but now they come in droves, and carry all before them, except in one or two Counties; Few of their children in the Country learn English; they import many Books from Germany; and of the six printing houses in the Province, two are entirely German, two half German half English, and but two entirely English; They have one German News-paper, and one half German. Advertisements intended to be general are now printed in Dutch and English; the Signs in our Streets have inscriptions in both languages, and in some places only German: They begin of late to make all their Bonds and other legal Writings in their own Language, which (though I think it ought not to be) are allowed good in our Courts, where the German Business so encreases that there is continual need of Interpreters; and I suppose in a few years they will be also necessary in the Assembly, to tell one half of our Legislators what the other half say."

And that was Franklin being nice! Two years earlier, he went even further: “Why should Pennsylvania, founded by the English, become a Colony of Aliens, who will shortly be so numerous as to Germanize us instead of our Anglifying them…."

The Scots-Irish of Ulster fared no better. In 1720 the city of Boston passed an ordinance that directed “certain families recently arriving from Ireland to move off.” When they did just that, and moved off to Worcester, a mob torched their church. Bostonians become no more "open-minded" or "politically correct" as the decade wore on. In 1729, they rioted to prevent ships carrying Scots-Irish immigrants from docking in Boston Harbor.

The “pacifist” Quakers of Pennsylvania didn’t like them any better. As Former Sen. Jim Webb described in his very good book on his ancestral people, Born Fighting: How the Scots-Irish Shaped America, Provincial Secretary James Logan griped that “a settlement of five families from the North of Ireland gives me more trouble than fifty of any other people!” Eventually, most of the Northern Irish headed south and west toward the mountains of Appalachia, where their descendants live to this day.

Succeeding surges of immigrants—the Catholic Irish and Germany’s "economic" immigrants of the mid-1800s, and the Jewish, southern and eastern European and Middle Eastern immigrants who came through Ellis Island after 1890—also received a rough welcome.

The Founders, and the leaders who followed them, never considered intervening to "remedy" prejudicial behavior by giving the newcomers special privileges or benefits, by attempting to apportion their participation in society through quotas or by creating a culture of victimhood that rewarded victim status. The Scots-Irish of Andrew Jackson’s day likely would have shot anyone who called them “victims.” It should still not be tried today.

Many good people interpret complaints that immigrants are not assimilating as a knock on immigrants. (It’s not always. Here, it’s a knock against the elites who have set up the present ethno-racial, multicultural structure and enforce it.) Dumbfoundingly, they then go to great lengths to prove that assimilation is taking place.

Thus, a long study by the National Academy of Sciences affirms that employment, earnings, occupational and residential "integration" is proceeding apace, though in fits and starts and unequally for different groups. This may well be true. Still, it misses the point.

Immigrants today find it harder to assimilate the same way their forerunners did, because today we put them into boxes and reward them with racial preferences if they don't try to break free. Elites in the 1970s created five ethnicities, which some have referred to as the "ethno-racial pentagon," comprising whites, African Americans, Native Americans, Hispanics and Asians.

The last two groups were made up mostly of immigrants. As they entered the United States in greater numbers following the Immigration Act of 1965, they were told—by the schools, the movies, the television shows and the "community organizers" who started wandering into the neighborhoods where they lived—that they were victims of a history of discrimination.

Of course, they couldn't have been, because of their very status as immigrants. These individuals had immigrated into this country on their own volition and had no history here at all. That they faced hardship there is no doubt. But so did all the other waves that came before them (point number one).

Likewise, the descendants of Mexican Americans who were in the Southwest when the United States took over those territories after the Mexican War in 1848 faced discrimination, though not on the same par as Asians or black Americans. Indeed, Mexican Americans were elected to statewide office in western states.

Today, the vast majority of Asians and Hispanics are not descendants of those earlier immigrants or settlers, however. But because we have set up bureaucratic boxes labeled “Asians” and “Hispanics,” we toss many of today’s immigrants and their children into those boxes, even though the former group lacks a single, unifying language, and the latter a single race or culture. More importantly, the nationalities inside these two bureaucratic groups evince very different cultural indicators. But once immigrants are placed in those boxes, we all but ensure that they stay there in the way they are seen by others and the way they see themselves—if not permanently, at least longer than past immigrants cleaved to their national groups.

The National Academy of Sciences report itself acknowledges this point by recognizing that "the well-being of immigrants and their descendants is highly dependent on immigrant starting points and on the segment of American society ... into which they integrate." Indeed, among the "causes for concern" identified by the panel that compiled the report are "racial patterns in immigration integration and the resulting racial stratification in the U.S. population."

No kidding. Set up a stratified, racialized group system, and these problems are bound to develop.

The report also judges "integration" rather than "assimilation" (the first term is found on 443 pages, the second on just forty-eight)—a dog whistle to those attuned to these matters. Occupational, residential and earnings wealth integration are all economic markers that say little about joining a single patriotic national culture.

Again, if the message is to constantly hew to their ethnic group rather than to a single shared culture, how can we expect otherwise? Yes, we can expect that ethnic attrition (intermarriage) will, over time, blur these distinctions. That would show the Census folks! But that could take a long time, and there are signs that members of the largest group of immigrants, those with Mexican ancestry, are marrying outside their groups at lower rates.

To take examples from overseas, Catalonians and Scots, too, have very similar economic markers as the rest of the peoples of Spain and the United Kingdom, respectively. And yet we find very strong separatist tendencies in both regions because elites, for political reasons, have worked assiduously for years to create separate identities.