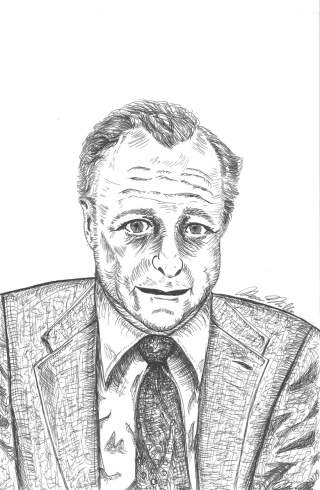 IN 1990, the publisher of The National Interest wrote an essay to mark the fifth anniversary of the magazine. It was called “Defining Our National Interest.” In it, he asked, “But what about the moral dimension of American foreign policy? It has always been there and, since we are an untraditional nation founded on a liberal creed, it always will be there. Have we nothing ‘higher’ to offer the world? Perhaps we do—though, with every passing year, I become less convinced.”

But wasn’t the publisher, Irving Kristol, the “godfather” of neoconservatism, the ideology that—precisely due to its emphasis on morality in U.S. foreign policy—stands diametrically opposed to hard-nosed Nixonian realism? Not quite. If neoconservatism is to be classified, first and foremost, as a foreign-policy agenda comprised of preemption and democracy promotion, then Kristol was certainly not the “godfather.” Contrary to popular belief, he consistently subscribed to realpolitik. Throughout the Cold War, he supported détente and arms control. “Just for the record,” he told his friend Daniel Bell in 1986, “I believe American foreign policy is ideological in purpose, but should be realistic in strategy and tactics.” Kristol also resisted majestic plots to proliferate Western modes of commerce and governance abroad. “The prospect of the entire world evolving into a cheerless global Sweden, smug and unhappy, had no attraction for me,” he wrote in 1995.

For the most part, Kristol seldom commented on foreign policy and military affairs—even after inaugurating The National Interest in 1985. Indeed, the hazard of merely attempting to clarify his views pertaining to international relations is ascribing disproportionate weight to them. The vast majority of his corpus consists of essays of a philosophical disposition, mostly concerning the loci of virtue, morality and liberty. When neoconservatism became synonymous with a muscular foreign policy during George W. Bush’s administration, a small chorus arose, maintaining that Kristol was no progenitor of Middle Eastern imperial designs. “There is very little connection between those called ‘neoconservatives’ 30 years ago and neoconservatives today,” sociologist Nathan Glazer avowed in a New York Times letter to the editor in October 2003, seven months after the invasion of Iraq. Shortly after Kristol passed away in September 2009, Glazer, still trying to shield the legacy of his friend, “a realist and cautious on these matters,” declared that the term “neoconservatism” had been “hijacked” by those pushing a “vigorous and expansionist democracy-promoting military and foreign policy.” Around this time, historian Justin Vaïsse took an even bolder step in Foreign Policy, writing an article entitled “Was Irving Kristol a Neoconservative?” Like Glazer, he too lamented that “the ‘godfather’ of neoconservatism started a movement that moved away from him.”

So why has the conventional wisdom remained pretty much undisturbed?

IN THE fall of 1998, João Carlos Espada, director and founder of the Institute for Political Studies at the Catholic University of Portugal, invited Kristol to deliver a lecture on “Churchill and the Cold War” at a conference that he was organizing. Kristol, it seemed to Espada, was perfectly suited to the topic. He had launched The National Interest in 1985, been a member of both the Coalition for a Democratic Majority and the Committee on the Present Danger—two hawkish pressure groups—and cofounded Encounter, an eminent London-based magazine sponsored by the fervently anti-Communist Congress for Cultural Freedom. Kristol, however, declined the proposition. “Having lived through the Cold War,” he responded, “I never read anything about it, and am therefore ignorant of the literature that has collected around the subject.”

This probably left Espada scratching his head—as it will probably leave many readers of this essay reaching for their own crania. Perhaps Kristol was just too busy to traverse the Atlantic. (This appears unlikely, though, given that he was well into retirement and his wife, historian Gertrude “Bea” Himmelfarb, with whom he was inseparable, accepted a similar offer from Espada for the very same conference.) But why then did he, a prominent anti-Communist and voracious reader, go out of his way to suggest that he was ill informed of the contemporary episodes in which he was so intertwined? For two reasons, possibly.

The first is that Kristol—unlike the infamously egocentric “New York Intellectuals”—was quiet and self-effacing. He rarely wrote about himself, and when he did, he underrated his own achievements. For instance, in Joseph Dorman’s documentary-turned-book Arguing the World, he stated that he had contributed “an article” as well as “two or three book reviews” to the New Leader while serving as the English correspondent for the New York–based, liberal anti-Communist periodical from 1946 to 1947. In reality, he published eleven essays, most of which were full-page spreads. “I hope that I’m not embarrassingly prolific,” he implored editor “Sol” Levitas a month after arriving in the town of Cambridge.

The second reason that Kristol may have rebuffed Espada? He was being honest about the degree of his erudition. His reputation as a “cold warrior” may have been sealed with his Commentary essay “‘Civil Liberties,’ 1952—A Study in Confusion.” (That oft-cited polemic accused the “spokesmen for American liberalism” of treating anti-Communism as a graver threat to democracy than the Kremlin and, therefore, fomenting a perilous relativism.) Yet as a result, it is routinely forgotten that Kristol—a devotee of theology and classical philosophy—was always far more concerned with small-“c” communism and its quixotic promises than he was with big-“C” Communism and its deepwater ports. Beginning as a young adult, he grasped that the nation-state was an ephemeral phenomenon while a robust moral attraction to “progress” and “equality” was an immutable, often-treacherous feature of the human condition. For him, the bloody upheavals of 1789, 1848 and 1917 proffered stark warnings against secular and mortal ventures to pull heaven down to earth.

Accordingly, a profound regard for the consequences of human action formed the core of Kristol’s temperament. He revered tradition, historical experience and the complexity of the social fabric. Although Kristol was irritated by the “cultishness” of the “Straussians”—yes, he referred to them in the third, not in the collective first-person—he considered them allies because they had been taught to respect the limits of human nature and, thus, government. (To further disappoint the conspiracy theorists out there, he belittled the Straussians’ “simple-minded attitude toward religion [Athens vs Jerusalem],” tagging it their “Achilles heel.”) “Students who have been exposed to Straussian teachers,” he wrote to sociologist Robert Nisbet in 1979, “tend to be ‘de-utopianized’ and thoughtful in a way that most other students tend not to be.”

Well before the Public Interest debuted in 1965—an event regularly (and incorrectly) cited as the birth of neoconservatism—it was evident that ideology and social engineering were distasteful to Kristol. Opining in the April 1944 issue of Enquiry, a small, short-lived Trotskyist journal cofounded with Philip Selznick, Kristol, who wrote under the cognomen William Ferry, touted E. M. Forster’s “moral realism” as a safeguard against the Left’s unwavering confidence in the malleability of human nature. “Though dissatisfied, of course, with the ways of men,” he coolly explained, “it foresees no new virtues, but, at best, a healthier distribution of the old.” (He was twenty-four at the time.) Just over a decade later, in 1955, he branded himself a “neo-conservative”—that was eighteen years before Michael Harrington popularized the label in Dissent—amid a fiery exchange with American art critic Harold Rosenberg. His views on “liberty, the nature of American Society, the role of the intellectual, and many other things” had transported him beyond the progressive pale.

From whence did Kristol’s hostility toward utopianism spring? In distinct contrast to other so-called neoconservatives who drifted rightward, it was not only due to disillusionment with liberalism’s fallacies about the perfectibility of man and the inevitably of progress. For Kristol, it was also, if not more, because of prolonged exposure to and passion for classical liberal thought, which forthrightly addressed the fonts of those fallacies. (Plus, it did not hurt that he was raised in an observant Jewish home, was enamored with neo-orthodoxy à la Reinhold Niebuhr and spent five years from 1953 to 1958 in London at Encounter, befriending Tories.)

Above all, the enduring insights of Edmund Burke seized Kristol’s imagination. He was first introduced to the works of the eighteenth-century Irish statesman through his spouse’s scholarship. In 1942, less than a year after Gertrude Himmelfarb married Kristol and abandoned Leon Trotsky’s Fourth International, she channeled Burke in her University of Chicago master’s thesis, squarely blaming the philosophes’ “rationalism” for the Reign of Terror. Her doctoral dissertation on the English Catholic historian Lord Acton and subsequent study of Victorian England further impressed upon Kristol that two disparate legacies of the Enlightenment had been vying for the soul of modernity since the fall of the Bastille: the “Continental,” devised within France and Germany, lauded progress, reason and collective equality, while the “Anglo-Saxon,” conceived in England and Scotland, acclaimed tradition, custom and individual freedom. The couple’s fidelity was to the latter. Writing in Commentary in 1960—still four years before the unveiling of the Great Society—Kristol hailed Burke for “affirming the two major propositions of the original Whig synthesis: (1) liberty is the most precious of political goods, and (2) civilization is the result of human action but not of human design.”