The Real Russia-China Connection That Should Worry America 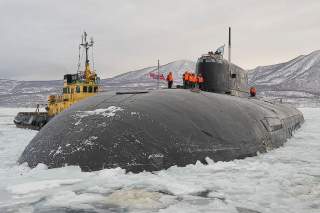 Great power relations seem to be in flux during the uncertain days since the U.S. election surprise. Some Washington strategists are examining the possibility that a “Kissinger move in reverse” that energetically breaks the ice with Moscow could throw a major wrench into Beijing’s calculations, causing it to adopt a more restrained and cautious outlook. The logic of reengaging the Kissingerian strategic triangle once again is not entirely without merit. However, the obstacles, not least U.S. domestic disgust with the Kremlin, are so apparent as to seemingly limit the chances of success.

Another significant obstacle to such a strategy is that Russia-China relations have been continuously strengthened over three decades, so that they no longer constitute the brittle “marriage of convenience” so often perceived from Washington. One need only point to the recent arrival of the long-sought after Russian-made Su-35 fighter aircraft into China’s air combat arsenal, not to mention the increasing scope and pace of Russian-Chinese naval exercises to realize this is the case. Yet, China-Russia cooperation often operates “below the radar” and this edition of Dragon Eye will examine one aspect of the partnership that is somehow usually missed:  the Arctic. That is especially odd because, looking at a map, one immediately sees that between China and the Arctic lies the vast terrain of Russian Siberia, so that bilateral partnership may form the only viable path to actually develop these regions effectively. A 30-plus-page spread with eight serious research articles in one of China’s leading naval magazines Naval & Merchant Ships [舰船知识] at the end of 2016 suggests a new level of impetus in China’s focus on the North.

The first article by Su Han [苏涵], possibly (but not confirmed to be) a senior researcher in the international department of the Central Committee of the Chinese Communist Party, is quite breathtaking in its candor. He opens his discussion with the bold claim that the Arctic is “not simply a geographic concept, but … is inseparable from our country’s future building and development …” He makes clear, however, that this line of thinking runs directly through Moscow:  “…whether concerning use of the navigation route … or opening the development of resources, these [projects] are all closely connected with Russia. China-Russia ties form our country’s key link to participation in Arctic activities.”

So far, so good, but then the author steers into a rather scathing critique of U.S. foreign policy and its impact on Russia. Su explains that “In the 25 years since the collapse of the USSR, the U.S. has never retreated from its strategic containment of Russia.” For good measure, he additionally explains that all of Europe’s contemporary problems, from the refugees to terrorism to the Ukraine issue are all “… closely connected to the US.” […与美国密切相关] In so far as the U.S. has sought to wield influence across the “Eurasian landmass” [欧亚大陆], “efforts by either China or by Russia to energetically develop the Arctic have in certain respects the significance of dispersing U.S. strategic pressures in other areas… It opens up a resistance space [对抗的空间] in the Arctic.”

Addressing skepticism about China’s role in the Arctic, Su argues:  “All voices are slowly coalescing around the idea that the Arctic is becoming our new strategic breakthrough point” [我们新的战略突破口] Su notes that the USSR never took China seriously as a player on Arctic issues, but he observes now that the situation has vastly changed, as illustrated by the fact that China has begun work on its second large-scale icebreaker. In addition, two mid-size military icebreakers recently joined the PLA Navy’s North Sea Fleet. Su’s analysis does highlight the potentially pivotal role of the North Korean port of Rajin [朝鲜罗津港] in both Russia-China relations and also China’s Arctic strategy more broadly. He points out numerous challenges, including the shallow depth of the Tyumen River, and the different rail gauges for North Korea and Russia, but ultimately points out that the project could be critically important to further development of China’s northeastern provinces and their international trading relationships.

However, the Yamal natural gas project gets top billing in this analysis as the “pearl” of the Arctic treasures. Grabbing the attention of the Chinese shipbuilding industry, moreover, this analysis relates a market projection that at least 20 Liquefied Natural Gas (LNG) tankers will ply the route from Yamal through Arctic waters and down to East Asia, providing China with a stable supply of 3 million tons of LNG each year. Other articles in this series detail aspects of contemporary Russian ice-breaker development and discuss other key shipping imperatives, such as state-of-the-art port logistics that will interest Chinese companies. Su offers a Chinese perspective on the Northern Sea Route [северный морской путь]: “… the majority of this sea route traverses Russia’s near seas.  While this could generate some fees, the overall safety/security is assured.”  Moreover, such cooperative efforts to develop the Arctic fit easily into the “Belt and Road Initiative,” (BRI) according to this analysis, as BRI aims to create infrastructure linkages that span Asia’s vastness, to include apparently its northern vastness.

Su’s analysis does broach the delicate issue of Chinese military deployments, although this is not a major theme of this series of articles. He recalls the September 2015 deployment of a squadron of five PLA Navy ships that crossed through the “Barents Strait in the international waters off the coast of Alaska” [白令海峡阿拉斯加海岸附近的公海]. The northern route, he writes, can “weaken attempts to use the island chain to fetter our Navy.” On a related point, the final article appearing in this series explores Soviet/Russian nuclear submarine operations in the Arctic. These forces, the article notes, “were prepared at any time to strike the enemy.” It is further observed that Russia has recently increased the pattern of its nuclear submarine deployments by 50%.  However, much of the article recounts the story of Soviet determination to send a nuclear submarine to the North Pole after the USS Nautilus made its pioneering visit in 1958. The Soviet Navy submarine K-3 reached the Pole in July 1962. While China’s approach to the Arctic is much more likely to follow economic interests than strategic imperatives, no one should be surprised to see a Chinese nuclear submarine surfacing through the ice at the top of the world in the next few years. That “stunt” might even entail Russian coaching.

Returning to the tantalizing “Kissinger move in reverse” with which I began the discussion, one begins to doubt the plausibility of such a maneuver given the evidence presented above, among other successful areas of Russia-China cooperation. Surveying opinion in China just a couple of weeks ago, Chinese strategists hardly seemed concerned by Trump’s expected “pivot to Moscow.” Indeed, it might be more realistic, mature and constructive for the U.S. to try to improve relations simultaneously with both China and Russia, rather than attempting to leverage one against the other. Improved great power relations across the board could go a long way to bringing global order out of the current slide toward anarchic disorder, rivalry, and escalating violence.