The Real War of Ideas 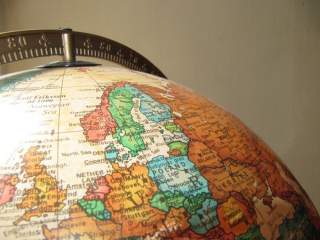 In My Life: A Provincial’s Story, published in 1896, Chekhov has a particularly devastating portrait of the muzhiks, the Russian peasants, that in its own way demonstrates all the intractability of the Russian social and political condition throughout history. “They were mostly nervous, irritated, insulted people; they were people of suppressed imagination, ignorant, with a poor, dull outlook, with ever the same thoughts about the gray earth, gray days, black bread, people who were sly but, like birds, only hid their heads behind a tree—who didn’t know how to count. They wouldn’t go to your haymaking for twenty roubles, but they would go for a half-bucket of vodka, though for twenty roubles they could buy four buckets.” As for their masters, their money “had been acquired by a whole series of brazen, shameless deceptions . . .”

Many might come across those lines, shaking their heads, realizing the utter impossibility of any good ever coming out of Russia. They would suddenly comprehend that everything from the czar, to Lenin and Stalin, to Putin, is connected in some indirect way to the Russian social reality as drawn here by Chekhov. And they would be right. But many others, reading those lines, might contemplate all the reforms that should have been brought to bear to alleviate such mournful conditions, and all the other paths open to Russia in the course of the late nineteenth and early twentieth centuries—and still are open—in order to ameliorate society there. And they would also be right.

However, to label the first mindset as realist and the second mindset as idealist is much too facile. So, too, is to label the first mindset determinist and the second anti-determinist—with those often opposed to humanitarian intervention usually in the first camp and those often in favor of it usually in the second camp. And yet all of these dichotomies do capture elements of a certain division in the battle of ideas. Indeed, because these are wholly different sensibilities and worldviews that I am talking about—which, among other things, undergird differences of opinion on specific issues—there is something deeper going on here that explains many of the disputes in Washington, and that causes some people, for example, to admire the prescient wisdom of the arch-realist Brent Scowcroft and others to admire the sheer energy of the do-gooder John Kerry.

As imperfect as these generalizations are, they do convey a truth, I believe. That truth being: where people stand on the big questions of foreign policy is subjectively related to their intellectual tastes and proclivities. But it gets more complicated. For while the idealistic policy types, as I’ve noted, are drawn generally to political science, neoconservatives (a subset of idealists) are drawn to philosophy whereby they apply the same abstract principles the world over. The realist geopolitical types, on the other hand, are drawn to area expertise, which requires the kind of intimate cultural and historical knowledge of specific geographical terrains: terrains that turn out, in many instances, not to be amenable to those general philosophical principles neoconservatives and liberal internationalists, too, revere.

Those who read the passage from Chekhov and throw up their hands at the beastly unchangeableness of Russia tend to be wary of grand schemes to impose American values abroad; those who see Chekhov’s passage as a call to action are less wary of such schemes. I frankly fall more into the first camp, the result not only of my reading tastes, but of my decades as a foreign correspondent, which taught me how many different places have had radically different historical experiences than ours in America. I enjoy philosophy and particularly value our top political scientists, but ultimately am attracted to reading history and works of area expertise (which includes travel writing).

Of course, a statesman cannot be labeled as such without employing both sensibilities. He must be a geopolitician who accepts the battle of space and power among states of different values, tendencies and historical experiences—and at the same time to seek advantage for his country in this bleak competition. And because he accepts the world as it is, with all of its cruelties so well depicted by Chekhov, he has a tragic sensibility. But because he must also seek advantage and improvement in situations through diplomacy, he must believe in human agency, which requires a large dose of idealism. For if he only has the former sensibility he would be immobilized from taking any action; just as if he only had the latter sensibility, he would engage in negotiation after negotiation with no plan or purpose, and no sense of what constitutes a realistic or useful outcome (sort of like Secretary Kerry). Ultimately, he must employ both sensibilities—because each sensibility on its own is limited and impoverished.

Geopolitics is just too mechanical. It defeats itself by refusing to take sufficient account of individual human beings. It doesn’t accept that, after all, Shakespeare has more to teach than Mackinder or Mahan. On the other hand, idealistic policy types are, quite often, simply unknowing of worlds like Chekhov’s. Thus, the more chaotic the world becomes, the more bewildered and shocked they are by it. For the cultural and historical knowledge, with all of its unpleasant truths, that is found in history and literature is something that they and their instructors in college have too often avoided. This is ultimately why our elites, rather than comprehend a world of semi-anarchy, are merely disoriented by it.

At the same time, I must admit, policy is a harder and more challenging discipline than geopolitics. To theoretically understand, say, Ukraine from the point of view of Russian geopolitics, of American geopolitics and of German geopolitics is one thing; to craft a policy towards Ukraine is quite another. For example: should we supply the Ukrainians with arms? What arms? How much will that cost? How long will it take to train them to use the new weapons? And is their military doctrine and force structure equipped to effectively utilize the new weapons we give them? What if the weapons fall into the hands of the Russians? What if arming the Ukrainians fails to change the facts on the ground—what do we do next, as Plan B? Should we use the Pentagon for this task, or the CIA? This is why, while a geopolitician can be an armchair professor, a policymaker must be quick, dynamic and fortified with social skills of the highest grade to force his proposals through the bureaucracy. Policy is less abstract and excitingly intellectual than geopolitics, but it requires more personal character.

My fear is that the increasing specialization of the academy, along with the politicization of the humanities, is producing new policy elites that lack the well-roundedness encompassing both of the sensibilities I have been talking about.

Robert D. Kaplan is a senior fellow at the Center for a New American Security and the author of Earning the Rockies: How Geography Shapes America’s Role in the World, forthcoming in January from Random House.