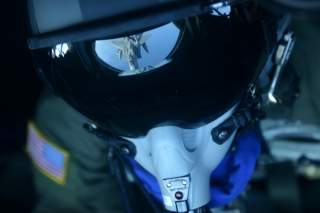 IN 2011, the United States launched a new television show in Afghanistan called Sesame Garden. It was an Afghan-themed version of Sesame Street designed to win local hearts and minds. Unfortunately, the producers had to cut the Count von Count character because Afghans had not heard of Dracula and could not comprehend the fangs.

The fate of the Count epitomizes the new Age of Alien Warfare—defined by U.S. military operations in culturally unknown environments. From the War of 1812 to today’s campaigns in the Middle East, both Washington’s enemies and the local populations have become steadily less familiar in terms of language, religion and social traditions. Alien warfare reached its apogee with the post-9/11 mission to refashion Afghanistan—a landlocked country seven thousand miles away, with a largely unknown culture and a literacy rate lower than that of America in 1650.

The rise of alien warfare has crippled America’s capacity at both waging war and making peace. Paradoxically, as U.S. power grew, the nation’s record on the battlefield deteriorated alarmingly. From 1812 to 1945, the United States had a miniscule peacetime army but won most major campaigns. After World War II, Washington constructed the most expensive military machine that ever existed, yet it suffered an era of military reverses. Reeling from battlefield failure, Washington was forced to negotiate a way out of the quagmire. But alien warfare impeded effective diplomacy and prolonged difficult campaigns. In culturally unfamiliar environments, the United States could neither win wars nor end them.

OVER THE last two centuries, America’s major wars have become increasingly alien experiences. By major war, I mean operations where the United States deploys over twenty-five thousand troops and there are at least one thousand battle deaths on all sides combined. Alien warfare refers not only to the unfamiliar nature of the environment, but also to the degree of direct engagement with another culture. Conventional interstate wars, where Washington faces the uniformed military of an enemy country, tend to be less alien experiences because there is only limited interaction with the adversary’s culture. The combatants meet on a defined battlefield and try to destroy each other’s forces. By contrast, nation building and counterinsurgency, where Washington seeks to create order within a foreign society, tend to involve much greater engagement with foreign cultures. The goal is to win the loyalty of the people by creating new power structures, overseeing elections and building infrastructure. Therefore, the most alien kind of war involves a culturally distinctive environment and sustained nation building.

America’s major wars can be divided into three phases. The first era, from 1812 to 1914, was a time of neighborhood wars, where conflicts were relatively familiar—both in terms of the opposition and the character of the contest. The War of 1812, the Mexican-American War and the Spanish-American War were all conventional interstate campaigns, where U.S. troops met opposing forces on a defined battlefield. The Civil War was a de facto conventional interstate war where the Union effectively fought against another country. In all these operations, the fighting mainly occurred close to home in the Western Hemisphere. Opponents, including Britain, Mexico, the Confederacy and Spain, were predominantly Christian countries, like the United States. In two of these conflicts—the War of 1812 and the Civil War—the enemy also spoke English. Indeed, the defining contest of the era was the least alien of all America’s campaigns: the Civil War, where American fought American.

An exception to this pattern was the campaign to suppress the Filipino insurgency after the Spanish-American War. Here, the United States struggled to quell its guerrilla opponent in a foreign society, and over four thousand American soldiers were killed, mostly from disease. It was a harbinger of the conflicts to come.

The period from 1914 to 1945 was the era of the world wars, including World War I and World War II. In important ways, conflict became a more exotic experience for the United States. American soldiers fought in unfamiliar environments far beyond the Western Hemisphere, including Europe, North Africa and East Asia. The fascist states of Germany, Italy and Japan in World War II had radically different political systems. Many Americans saw the Japanese in particular as utterly foreign and almost subhuman.

But in other respects, the world wars represented a familiar brand of conflict. The United States and its opponents were all advanced capitalist societies, and had previously been major trading partners. Millions of Americans were of Italian, German or Japanese descent. These campaigns were also conventional interstate wars that required limited direct engagement with the enemy’s culture. Indeed, the World War II doctrine of seeking unconditional surrender minimized contact with the opposing leadership.

The third phase, from 1945 to the present, is the era of alien wars, where conflict became a far more exotic undertaking. During this time, Washington fought five major wars: the Korean War, the Vietnam War, the Gulf War, the war in Afghanistan and the Iraq War. Every campaign occurred at least five thousand miles away from the continental United States. The climate and terrain were starkly different from those of the United States, from the thick jungles of South Vietnam to the barren moonscape of Helmand Province in Afghanistan.

In 1950, most GIs had never ventured outside of the United States. Suddenly, they were thrown into the ancient culture of Korea. A decade later, during the 1960s, only a handful of American universities taught Vietnamese history or languages. By 1968, over half a million U.S. soldiers were deployed in South Vietnam. Later, in 2006, at the height of the violence in Iraq, there were about one thousand U.S. officials in the Baghdad embassy; a mere thirty-three of them spoke Arabic, and only six were fluent.

WHAT EXPLAINS the rise of alien warfare? Many different forces shaped America’s experience of conflict, including domestic politics, economic pressures and presidential personalities. But the fundamental answer is that U.S. power spurred interventionism just as the nature of war changed—with civil wars becoming much more frequent than interstate wars.

During the nineteenth century, the United States expanded from sea to shining sea. The era of the world wars further entrenched America’s global power advantage. By 1945, the United States bestrode the world like a colossus. Its economy was three times bigger than that of its closest rival, the USSR. In 1941, Henry Luce, the publisher of Time and Life, proclaimed the “American Century.”

Power tends to broaden a country’s horizons and trigger greater interventionism. “A man armed only with a knife may decide that a bear prowling the forest is a tolerable danger,” wrote Robert Kagan. “The same man armed with a rifle, however, will likely make a different calculation.” In a similar vein, a weak country may conclude it can live with an aggressive rival, whereas a strong state may see the same danger as unacceptable.

After World War II, America’s newfound capabilities transformed how Washington viewed the threat posed by the Soviet Union and international Communism. Emboldened by unprecedented material strength, Americans came to see distant conflicts as vital for U.S. security, requiring direct intervention. And American power also unleashed an underlying missionary streak in U.S. culture. An ascendant United States could shape the world in its own image. In 1961, John F. Kennedy promised to “pay any price” in order “to assure the survival and the success of liberty.” Could intervene easily became should intervene.

After the end of the Cold War, American power reached its zenith. With the Soviet Union consigned to history, the United States began spending almost as much on defense as every other country in the world put together. Washington engaged in more major wars in the fifteen years after the Cold War (the Gulf War, Afghanistan and Iraq) than in the previous forty-five years (Korea and Vietnam).

Meanwhile, American military campaigns also became more alien because the proportion of global conflicts that were civil wars rose dramatically. As a result, U.S. opponents were increasingly guerrillas rather than countries.

After 1945, interstate wars became a rarity. Indeed, great powers have not fought each other since the Korean War. There are a number of reasons for this happy outcome, including globalization, international trade, nuclear deterrence, memories of the world wars, the spread of democracy and the rise of international institutions like the United Nations.

As the tide of interstate warfare receded, civil war became the predominant kind of conflict. After World War II, the collapse of the European empires produced a wave of internal conflicts in newly established countries. The end of the Cold War and the disintegration of the Soviet Union triggered civil wars in Yugoslavia and elsewhere. The Arab Spring in 2011 produced another uptick in violence in Syria, Libya and Iraq.