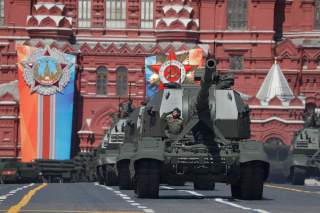 With relations at the lowest point in decades, the United States and Russia have embarked on what appears to be a new Cold War. But this new confrontation is fundamentally different from the original standoff with the Soviet Union that engulfed the world for the better part of five decades after the end of the Second World War. Unlike during the original Cold War, there is no all-encompassing global ideological struggle between Washington and Moscow to dominate a largely bipolar international system. Outside the realm of nuclear weapons, post-Soviet Russia can hardly be considered a peer to the United States by any measure. Russian weakness relative to the United States and its allies might make this new conflict even more dangerous and unstable compared to the original Cold War.

The 2014 crisis in Ukraine, Moscow’s intervention in Syria starting in September 2015 and the alleged nerve gas attack on GRU defector Sergei Skripal and his daughter, Yulia, in the United Kingdom on March 4, 2018 signal the beginning of a renewed long-term standoff with Russia. The new standoff is not a return to the original Cold War, it is a new conflict—but one that is rooted in the ashes of the old struggle between the United States and the Soviet Union.

In many ways, this new conflict with Moscow can be explained by Russia’s geography and lack of natural defensive terrain features. Over the course of two centuries, Russian emperors starting with Peter the Great created an enormous ring around their spiritual capital of Moscow, as Tim Marshall described in his essay Russia and the Curse of Geography, published in The Atlantic in 2015. That ring started in the Arctic and stretched down through the Baltics, Ukraine, the Carpathian Mountains and eventually to the Black Sea. Taken further, the ring arches down through the Caucasus and the Caspian Sea and eventually comes back past the Urals mountains and returns to the Arctic, as Marshall described. The idea was to create strategic distance to keep the enemy as far away from the Russian heartland as possible. As Empress Catherine the Great put it: “I have no way to defend my borders but to extend them.”

In the late 1980s, when Soviet leader Mikhail Gorbachev began to withdraw from Eastern Europe—and later when the Soviet Union itself fragmented—Russia lost its hard-won strategic buffer. While Russia has been shorn of its empire, the Kremlin continues to harbor the same fears and insecurities since the earliest days of the Czardom of Moscovy. For the first time since Peter the Great, the approaches into the Russian heartland lie unsecured—undoing centuries of imperial expansion to secure the frontier. Now, the borders are the closest to Moscow they have been since 1650.

While the reins of power in the Kremlin might have changed hands from the Czars to the Soviets to a “managed democracy,” Russia’s foreign policy thinking shows remarkable continuity in its deep sense of insecurity and external threat. Russia’s leadership is particularly worried that Moscow lies only 300 miles away from the border of a recently independent Ukraine.

After the end of Cold War, Washington moved to rapidly consolidate liberal democracy in Eastern Europe and the former Soviet Union through the expansion of the NATO alliance and the European Union—pushing into what had been Russia’s strategic buffer space, what the Kremlin calls its “near abroad.” Indeed, President George H. W. Bush’s administration discussed NATO expansion into the former Soviet bloc even before the collapse of the Soviet Union. Those discussions took place even though American and Western leaders offered Gorbachev repeated assurances that the NATO alliance would not expand into the former Warsaw Pact once Soviet forces withdrew as new documentary evidence from the George Washington University National Security Archives show.

However, it was not until the subsequent Clinton administration that the United States decided to formally extend membership eastward. By 1994, the United States had made the decision in principle to expand the NATO alliance into the former Warsaw Pact. “The question is no longer whether NATO will take on new members but when and how,” President Bill Clinton said in Prague on January 12, 1994. “It leaves the door open to the best possible outcome for our region, democracy, markets, and security all across a broader Europe, while providing time and preparation to deal with a lesser outcome.”

Clinton did not intend to antagonize Moscow by expanding NATO. He hoped to build a partnership with the new leadership in the Kremlin and ensure that Russia would complete democratic and market reforms. Clinton believed that it was urgent to build a “strategic alliance” with Russian reform. “Nothing could contribute more to global freedom, to security, to prosperity than the peaceful progression of this rebirth of Russia,” Clinton said on April 1, 1993—on the eve his first trip outside the United States as president for a summit in Vancouver, British Columbia, with then Russian leader Boris Yeltsin.

Russia was initially Clinton’s primary foreign policy focus. The priorities of the Clinton White House shifted as it became apparent to some within the administration that the newly freed states of Eastern Europe had to be stabilized and democratic reforms consolidated. The future architects of NATO’s expansion plan—Ronald D. Asmus, Richard L. Kugler and F. Stephen Larrabee—partly driven by fears of Yugoslavia-style civil wars breaking out, argued that America had to act to prevent an “arc of crisis” from emerging in Central Europe. To do so, America would have to anchor itself in Europe and NATO would need to expand into the vacuum created by the disintegration of the Warsaw Pact. Together, they called for “a new U.S.-European strategic bargain” where NATO would extend its collective defense and security arrangements to the alliance’s eastern and southern borders.

Clinton hoped to expand the NATO alliance while simultaneously building a new partnership with Moscow. The Clinton administration’s initial plan was called the Partnership for Peace (PfP), which the Pentagon establishment favored. While the PfP did not address the demands of some European states, the partnership would have been inclusive and allowed Washington to work with Moscow’s former clients—without provoking the Kremlin. Russian president Boris Yeltsin was quite enthusiastic about the PfP. One State Department memorandum noted that Yeltsin told Secretary of State Warren Christopher: “It really is a great idea, really great… Tell Bill I am thrilled by this brilliant stroke.”

Clinton publicly announced during a January 12, 1994, speech in Prague that NATO would take on new members. Clinton’s decision came in spite of repeated warnings from George F. Kennan, who both privately and publicly decried the administration’s move. Kennan believed that NATO expansion would inevitably sow the seeds of antagonism with the Russians—and he was by no means alone. Kennan’s prediction would prove to be prophetic:

Expanding NATO would be the most fateful error of American policy in the entire post-cold-war era. Such a decision may be expected to inflame the nationalistic, anti-Western and militaristic tendencies in Russian opinion; to have an adverse effect on the development of Russian democracy; to restore the atmosphere of the cold war to East-West relations, and to impel Russian foreign policy in directions decidedly not to our liking.

The Clinton administration flatly dismissed Kennan’s arguments. While Clinton himself seemed to personally harbor some doubts, Strobe Talbott—the president’s so-called Russia hand—became convinced that expanding NATO eastwards would not adversely impact relations with Moscow. When Clinton directly asked Talbott why Kennan’s argument was incorrect, Talbott—as recounted in his own memoirs—did not have a coherent answer.

Ultimately, Clinton decided to press ahead with his dual-track plan to expand NATO while simultaneously developing a partnership with the Kremlin. Clinton made the argument that NATO expansion would be beneficial to Russia, though the Kremlin, which approaches the world from a realist perspective, did not see it that way. Clinton tried to make NATO expansion more palatable to Moscow by offering it membership in exclusive international clubs—hoping it would satiate the Kremlin’s great-power pretensions. Clinton also proposed a new joint NATO-Russia council where Moscow would have a voice but no veto. The president recognized the underlying flaw of the plan but pressed ahead anyway, convinced that he could charm Yeltsin into accepting a deal the Russians found abhorrent.

While the White House was successful in enlarging NATO, it was unsuccessful in integrating Russia into the new trans-Atlantic security framework. The consequences of this policy would not become completely apparent until the 2008 Russo-Georgian War. In five short days, Russian forces launched a full-scale invasion of Georgia after Tbilisi attacked the Kremlin-backed breakaway region of South Ossetia. The Russian invasion underlined Moscow’s red line that the Kremlin—after passively watching two waves of NATO expansion towards its borders—would not accept further alliance expansion into the former Soviet Union itself. Yeltsin only went along with Clinton’s NATO-Russia Founding Act gambit because a severely weakened Russia had no choice.

Moreover, the Clinton administration adopted a particularly obtuse negotiating strategy for dealing with the Kremlin, which former assistant secretary of state for European and Eurasian affairs, Victoria Nuland—then Talbott’s aide—had dubbed the ‘spinach treatment.’ “The American negotiating position had been simple, unbending and, largely for that reason, successful,” Talbott wrote. “‘Table and stick’ we’d called it: Go straight to your bottom line and stick with it; wait until the other side bends. We’d been able to look the Russians in the eye and tell them that we were going forward with or without them.”