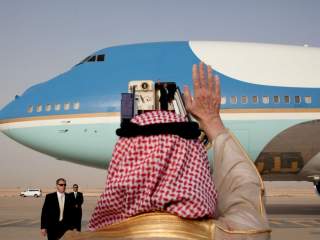 Recent events in the Persian Gulf suggest that U.S. partners are increasingly willing to act on their own. Saudi Arabia has initiated steps toward an anti–Islamic State coalition, launched military operations against Shiite Houthi rebels in Yemen and sharply escalated tensions with Iran after the Saudi execution of Shiite cleric Nimr al-Nimr and Iranian protestors’ subsequent ransacking of the Saudi embassy in Tehran.

Domestic pressures undoubtedly play a role in encouraging risky foreign policies and brinkmanship. But this is only a partial explanation; deciding to escalate or go it alone also depends on a state’s allies and their expected behavior. Much hay has been made out of how Gulf state actions result from U.S. strategy (or the lack thereof) in the region. This assertiveness could be a response to U.S. pressure for burden sharing, or to perceived U.S. disengagement. The problem is that both go hand-in-hand and cannot be assessed separately.

For example, these moves could be interpreted as the result of U.S. pressure on its partners to take on a more active role and to carry more of the costs. The United States has long been dissatisfied with the effort put forward by its regional partners, particularly in the fight against the Islamic State. On the other hand, these moves could be a response to perceived U.S. unreliability. The American withdrawal from Iraq and concurrent “pivot to Asia,” as well as the nuclear deal and feared rapprochement with Iran, has led observers to conclude that Washington’s commitment to the region has diminished.

Most analysis explains current events as the result of one or the other—U.S. pressure or (fears of) U.S. disengagement. In reality, these incentives are hard to separate. Moreover, allied self-help may relieve the American burden, but it can also undermine U.S. interests. This is because self-reliance both encourages and enables allies to pursue a more independent course. It encourages allies to do so by decreasing the benefits of falling in line, as protection is America’s quid pro quo; it enables them to do so by empowering them and reducing their dependence.

Disengagement and burden sharing, then, should not be seen as policy alternatives, but instead as inextricably linked. On the one hand, these developments may signal partners’ willingness and ability to deal with regional security issues, allowing Washington to turn its attention elsewhere. This offers a reprieve at a time marked by resource constraints, ongoing commitments in Afghanistan and the pivot to Asia. It may also serve to reduce tensions in an area where a large force presence is likely to do more harm than good, fueling conflict or terrorism directed at U.S. interests.

On the other hand, the more equitable the burden sharing, the less Washington gets to dictate the terms of the partnership. Indeed, Saudi Arabia’s increasingly assertive posture has already resulted in behavior that arguably runs counter to U.S. preferences. Saudi Arabia has prioritized quashing Shiite Houthi rebels in Yemen over fighting the Islamic State and is openly ambivalent about the nuclear deal with Iran. Behavior that inflames tensions promises to deepen regional conflicts, not resolve them.

Thus, Washington faces trade-offs when it comes to choosing where to step back and let others step forward. Less dependence on Washington is in many ways exactly the point, but it comes at a cost. This partly explains—then and now—U.S. ambivalence on allied burden sharing.

Have We Seen this Before?

Some Middle East analysts have already observed that these events in the region are not without precedent. During the Cold War, the United States wanted to minimize Soviet influence in the Middle East, and leaned heavily on local partners to do so rather than relying on an onshore presence. Yet it repeatedly failed to intervene to save friendly regimes. However, an even better comparison to modern Middle Eastern dynamics may be found in East Asia during the 1970s.

The costs of the Vietnam War and domestic pressure for retrenchment led to the U.S. “Guam Doctrine,” which called for allies to shoulder more of the regional defense burden. In response, U.S. partners began to seriously doubt whether the United States would continue to protect the region. Hanoi’s impending takeover of South Vietnam, the withdrawal of tens of thousands of American troops from allied soil and the U.S. opening with China only exacerbated these fears.

The result was increased allied self-help. The non-Communist countries of Southeast Asia joined together to create the Association of Southeast Nations (ASEAN) in large part to fill the perceived void created by U.S. disengagement. South Korea and Japan boosted their defense efforts and managed to (partially) set aside their historical antagonism to cooperate in the face of perceived American unreliability and fears about China, North Korea and the Soviet Union.

In a sense, the United States got what it wanted: partial disengagement coupled with increased burden sharing. Yet it came at a price. Allies found fewer reasons to accommodate U.S. preferences—South Korea and Taiwan both explored nuclear weapon options during the 1970s, while U.S. policymakers grew concerned that pressure to burden share would encourage Japanese remilitarization.

This movement generated a ripple effect, with the ASEAN states and even Australia pursuing a more independent foreign policy that included friendlier relations with the Communist bloc, open criticism of U.S. conduct in Vietnam, and exclusion of the United States from new regional groupings. Nor was this fear limited to East Asia; the same period saw European allies hedging their bets against U.S. retrenchment by pursuing unilateral détente with the Communist world.

Shifting alliance dynamics in East Asia, then, offer several insights for policymakers weighing options in the Middle East now. In some ways, the trade-offs are less severe in the Middle East. Unlike Asia, the United States doesn’t face the prospect of a near-peer competitor emerging as a result of regional power balancing. Moreover, none of the U.S. or its allies’ potential adversaries—Iran, Syria and the Islamic State—poses the same threat that the Soviet Union did.

However, no U.S. partners in the Middle East (aside from Turkey) enjoy a formal security guarantee, as its allies in East Asia did, and thus fears about American reliability are likely to be exacerbated. In particular, the pressure to go it alone may result in three major risks.

First, U.S. partners may try to manage alone and fail. Due to its size and position as a distant extra-regional actor, the United States is uniquely suited to playing the role of de facto regional leader. Without it, regional actors are likely to encounter collective action problems that impede their ability to cooperate towards a common defense—not to mention the historical conflicts of interest and sectarian divides that are likely to impede deep cooperation.

Second, states may turn to other extra-regional sponsors. Russia’s resurgent role in the Middle East is not limited to its military presence in Syria. Recent nuclear energy agreements suggest that allies may not be averse to reaching out to Russia for support if U.S. reliability (or malleability) is in doubt. Indeed, Saudi Foreign Minister Adel al-Jubeir recently argued in favor of deepening economic ties with Russia, and there have been other signs of interest in increased economic and military ties by Saudi Arabia and other Arab states.

Third, they may turn to their own devices. U.S. partners in the Middle East may be considering their options for obtaining nuclear weapons. In 2015, Russia signed nuclear deals with three traditional U.S. allies in the region: Jordan, Saudi Arabia and Egypt. All three countries see nuclear energy as a means of satisfying their growing energy needs, but Russian assistance carries fewer restrictions than that of the United States. Despite a U.S. offer of assistance, Jordan balked at signing a so-called “123 agreement” that would have precluded it from enriching uranium, instead turning to Russia for help with its nuclear infrastructure.

There has yet to be any clear evidence of desire for nuclear weapons from the Arab Gulf states, and the United States would still have tools at its disposal for halting proliferation—including arms embargoes—if they did seek a bomb. However, if backed into a corner, allies could at the very least see the threat of nuclearization as a bargaining chip to extract security assurances.

Moreover, U.S. partners can “go it alone” in other ways; for example, diminished willingness to cooperate on oil exports and counterterrorism. The United States heavily relies on Gulf cooperation to ensure the consistent flow of oil, and as the 1973 OPEC embargo showed, this cooperation is not a guarantee. And counterterrorism is already an area where interests don’t fully align. The Saudis have been more concerned with containing Iran than with combating the Islamic State; less U.S. engagement won’t reverse this trend, and may exacerbate it.

These risks are real, but not inevitable. The American position is in many ways stronger now than it was during the Cold War, with multiple levers to influence erstwhile partners and deter would-be adversaries. As such, this analysis neither advocates a more robust U.S. presence in the Middle East nor continued disengagement. Rather, it underscores that allied self-reliance doesn’t help the United States achieve more for less; instead, Washington may have to accept increased risk and less accommodation from its allies.