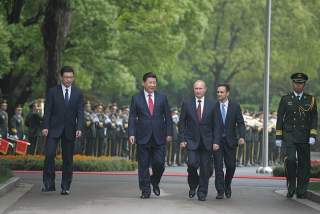 No business agreement in recent times has generated as much excitement, and as much hyperbole, as the announced deal that Russia would supply China with 38 billion cubic meters (bcm) of gas annually for a thirty-year period. The $400-billion deal has been called a victory for Russia, a victory for China and even evidence of a shift in either energy markets, or geopolitics or both. Sadly, the deal is none of these things.

First, let’s talk about the commercial elements of the deal. The reality is that China has always had the upper hand because East Siberian gas can only be developed with China as a customer. For years, pundits have said that China was not willing to pay “European” prices to Russia. This is hardly true: China is paying “European” prices to Central Asia, and it pays more than that to Qatar and other suppliers of liquefied natural gas (LNG). The difference is that China had to compete for those supplies; absent competition in East Siberia, China had the upper hand.

We do not know the full details of the deal yet, nor do we know whether all the issues have been resolved—after all, the two sides have long stressed progress while downplaying their outstanding points. Even so, the rumored value ($400 billion over thirty years) equates to a gas price of around $10 per million British thermal units. Given the costs announced so far, this project will yield a subpar return for Gazprom under today’s assumptions—maybe high single digits or low double digits. This will not be Gazprom’s most profitable endeavor.

It does, however, score it a major political point. Gazprom’s inability to close this deal has frustrated the Kremlin. Together with Gazprom’s marketing strategy in Europe, which many criticized, the company’s privileged position has come under attack. The most visible crack was the decision last year to allow other Russian companies to export LNG. Still, the Kremlin is keen to avoid competition that could lower gas prices overseas. Until last year, this meant Europe. With this pipeline, Gazprom’s writ is enlarged, as are the complications from a liberalized approach to gas exports.

For Europe, this deal is hardly material. Gazprom is diversifying its markets, but this is a truism: any deal to sell gas outside Europe does that. Gazprom exported about 162 bcm to Europe in 2013 and about 59 bcm to countries of the Commonwealth of Independent States. Russia has a long way to go before it can look at Europe and Asia in the same way—especially given that much of the infrastructure to Europe is built, and the upside from additional Russian gas in the east is unclear at this point. Moreover, the gas to be exported to China is far away from Europe, and so there is no way to say that it will be “diverted” to Asia. In fact, for years, Russia has wanted a Western route to China, which would allow Russia to arbitrage between east and west. But the Chinese have no need for additional gas in that part of the country, so that route has stalled.

For China, the volumes are also important but not transformational. The 38 bcm that Russia will supply China might make up 10 to 15 percent of China’s total gas supply in the early 2020s. (Central Asia will be supplying China a similar amount of gas by then.) China developed a well-diversified portfolio of gas supply, one that relies on domestic production, pipeline imports from various sources and LNG from nearby and far away. (The Chinese, however, have been noticeably absent from contracting to buy LNG directly from the United States). Any deal that strengthens China’s sense of security is probably good news, and especially any deal that enables the development of gas that would otherwise have stayed in the ground.

What about the geopolitical dimensions of this deal? First, let us put things in perspective. The Associated Press, for example, wrote that, “The contract is worth a total of $400 billion, . . . That figure is greater than the GDP of South Africa.” Of course, this $400 billion number represents an estimate of cumulative gross revenues over a thirty-year period, unlike the GDP of South Africa, which represents value added (revenues minus costs) for a single year. This is like comparing an apple with an orchard. If we divide $400 billion by 30, we come up with a more sensible number: $13.3 billion in annual revenues.

This is a lot of money, but in 2013, Russia exported about $523 billion worth of goods, and its gas exports were $67.2 billion. Clearly, $13.3 billion in annual revenues is minor in the grand scheme of things. In fact, Russia would gain more from a $5 per barrel rise in the price of oil than it does from this gas deal. (People often forget that gas makes up just 13 percent of Russia’s export revenues).

This $13.3 billion is bigger in the context of the Sino-Russian trade relationship, but even then, less so than many imagine. In 2013, Russia exported $35 billion worth of goods to China, (oil: 70 percent), while it imported $53 billion from China. Today, this gas would account for 13 percent of the bilateral trade between the two countries. More likely, by 2019 or 2020, less than 10 percent of the trade between Russia and China will be from gas. That said, Russia is running a deficit with China, and hydrocarbon exports are probably Russia’s best chance to close it (insofar as this deficit is a problem for a country that is otherwise running a trade surplus).

What about the political repercussions of the deal? Unfortunately, we cannot say much about that. The tendency to equate closer trade relations with a geopolitical alignment is spurious, as is the effort to take a complex relationship and pretend that a single number can help us decode it. Ukraine, for example, was Russia’s sixth largest trade partner in 2013—did that lead to closer political ties? Yes and no, depending on who was in charge. In reality, there are many ways for a gas relationship to play out politically. One need not look further than Europe and Russia for proof that there is more to a bilateral relationship than hydrocarbons. As such, it is too soon to proclaim a grand geopolitical alignment with predictable consequences for the United States. What we have is an important trade deal that adds some revenue to the Russian treasury, diversifies Gazprom’s exports, boosts China’s energy security and creates a new trade link that could bring the two countries closer but could also serve as a source of friction over time.

Nikos Tsafos is a founding partner at enalytica and is currently advising the Alaska State Legislature on gas commercialization issues. He was previously a Director with PFC Energy, overseeing research and gas fundamentals and leading the firm’s global gas consulting practice.