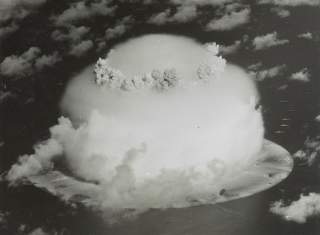 The new U.S. National Security Strategy (NSS), which was unveiled on December 18, is a thoroughly realist document that places premium on effective deterrence—which, the document says, has degraded in the recent years. The key paragraph describing these challenges paints a troubling picture:

“The spread of accurate and inexpensive weapons and the use of cyber tools have allowed state and non-state competitors to harm the United States across various domains. Such capabilities contest what was until recently U.S. dominance across the land, air, maritime, space, and cyberspace domains. They also enable adversaries to attempt strategic attacks against the United States—without resorting to nuclear weapons—in ways that could cripple our economy and our ability to deploy our military forces.”

One can only welcome the fact that policy and military planners have paid close attention to the acquisition of precision-guided long-range conventional strike assets by Russia and, in the near future, by countries like China, India and some others. These capabilities, indeed, change the strategic landscape in a fundamental way—after a quarter-century monopoly on such capabilities, the United States finds itself essentially in the same predicament that the Russians or Chinese have faced since the end of the Cold War: the threat of a strategic non-nuclear use.

When Russia’s President Vladimir Putin announced in the end of 2013 that Russia was working on long-range conventional weapons, few U.S. analysts paid attention at all. When, in December 2014, Moscow unveiled a new military doctrine that introduced the notion of non-nuclear deterrence, it generated some interest. But the belief in Russian inability to catch up with the United States remained so strong that few considered it a realistic prospect with serious consequences. Only when long-range conventional sea-launched and air-launched cruise missiles (SLCMs and ALCMs) were deployed in Syria did American analysts begin to pay attention.

We still do not know what the consequences of Russia catching up with the United States in the only usable strategic capability might be; it is still unclear how the United States and its allies might react, and what the Russian counterreaction might be. But at least we are paying attention—and this is a welcome first step.

What is truly conspicuous, the language of the NSS closely matches relevant language in the latest Russian National Security Strategy (article 15):

“The prospect of maintaining global and regional stability has been considerably reduced as a result of deployment of elements of U.S. missile defense in Europe, the Asia-Pacific region and the Middle East, as well as of practical implementation of the “global strike” concept and the deployment of strategic non-nuclear high-precision weapons, and also in the event of deployment of weapons in space.”

Indeed, the United States’ strategic conventional capability has been a nightmare for Russian military planners since at least 1999, when it was employed in the Balkans. The initial Russian response was to increase reliance on nuclear weapons, which were assigned a mission of limited nuclear strike in response to a large-scale conventional attack. Moscow stated, however, that this was a temporary fix and that reliance on nuclear weapons would again decrease when it acquired a conventional strategic capability. Last month, Valery Gerasimov, the chief of the general staff of the Russian Armed Forces, confirmed that Moscow planned to reassign some deterrence missions from nuclear to conventional assets at an undefined future time.

Now the United States shares the same concerns as Russia. This might be good news or bad news, depending on political decisions.

The potential good news is that being on the same page makes arms-control dialogue easier. For many years, the United States refused to discuss strategic conventional weapons at arms-control talks while Russia relied on the comfort of preserving a monopoly on these assets. That this position is outdated and counterproductive for U.S. interests became clear at least in 2013, if not earlier—at least for the handful of analysts who took Russian intentions seriously. Washington seems to be catching up with reality, which helps establish a common agenda as well as opening prospects for an effort to regulate such weapons. Perhaps we can then stabilize the strategic landscape sufficiently to prevent not only nuclear war, but also a large-scale conventional conflict that might escalate to nuclear clashes.

The potential bad news is an arms race. If the two countries are unable to launch a dialogue, then the United States might seek to respond in kind. A hint at that option is contained in the NSS’s requirement for creating an “overmatch”—a force that is “capable of operating at sufficient scale and for ample duration to win across a range of scenarios.” More troubling is the requirement that the future force must be able to “convince adversaries that we can and will defeat them—not just punish them.” This sounds like a prescription for an arms race—a pursuit of superiority that some in the United States consistently sought (and equally consistently failed to achieve) during the Cold War.

The lesson of strategic conventional weapons must be learned. The United States held a monopoly for twenty-four years, since their first use in 1991 against Iraq, until 2015—Russia’s first use in Syria. Perhaps, instead of embarking on a new futile attempt, and keeping in mind budgetary constraints, it would make more sense to try to limit Russia’s (as well as China’s, India’s and others’) challenge through arms control. Political winds inside the Beltway do not seem to favor this option, but let us hope that today’s policymakers have the same foresight and wisdom as their predecessors in 1970s and 1980s.