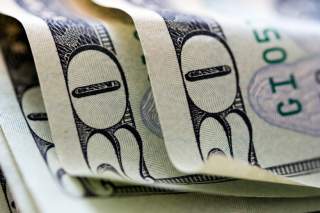 SINCE 2005, American policy makers have increasingly turned to sophisticated types of economic sanctions as a foreign-policy tool of first resort. From the development of banking sanctions limiting Iran’s ability to secure financing from Western capital markets to new sanctions targeting Russia’s financial system and the development of its oil resources, U.S. policy makers are touting these innovative tools as extremely powerful while also being tailored and precise. The Obama administration’s 2015 National Security Strategy, for example, said that “targeted economic sanctions remain an effective tool for imposing costs on . . . irresponsible actors” and that “our sanctions will continue to be carefully designed and tailored to achieve clear aims while minimizing any unintended consequences for other economic actors, the global economy, and civilian populations.”

These sanctions are indeed powerful, and in many respects they represent a marked improvement over earlier generations of economic statecraft. But some of the problems that limited the effectiveness of previous sanctions also limit the effectiveness of these new tools. And the most important lesson from earlier efforts of economic coercion still applies: sanctions work best when they are a tactic incorporated into a well-considered strategy. They falter when they are employed as a substitute for such a strategy.

The new sanctions are better than the old ones in several ways. They are more precise than the “comprehensive” sanctions of the 1990s and are thus more likely to hurt legitimate targets and less likely to hurt innocent bystanders. They are also more effective than the “smart” sanctions (such as travel bans) of the early 2000s, and so less likely to feel like token symbols substituting for real pressure. Their greater effectiveness comes from the way they harness the United States’ position as the leader of the global financial system; through a number of mechanisms, the sanctions prevent rogue actors from accessing the U.S. financial system and force legitimate financial institutions to abandon any business with targeted countries and individuals.

But while these sanctions can have significant economic impacts, policy makers overestimate their ability to calibrate and control these tools of economic statecraft. As with earlier forms of economic coercion, it is still difficult to predict their economic or political effects. For example, Barack Obama and his European Union partners clearly intended to ratchet up pressure on Vladimir Putin’s Russia only gradually. They resisted more draconian proposals and imposed modest sanctions that, for a long time, seemed to impose little real pain on the targeted sectors—until the sanctions combined with the separate-and-unplanned-for drop in oil prices. Now, the effects of the sanctions in tandem with the oil-price drop have contributed to the near collapse of the ruble and effectively ended foreign direct investment into Russia. This is clearly more than the Obama administration intended or anticipated—though in light of Putin’s continued defiance, the White House has referenced this impact as evidence of its tough response.

Likewise, the new sanctions do not avoid one unintended effect that bedeviled earlier forms of economic coercion: the ability of targeted regimes to use the sanctions to amass more political power against their rivals, at least temporarily. In the case of Russia, for example, Putin has used the economic impact of the sanctions to diminish the influence of political and economic elites who oppose many of his policies. The result may be that Russia becomes more authoritarian—and less likely to act in ways that further Western interests.

The developing narrative that increasingly sophisticated sanctions provide policy makers with a silver bullet for addressing intractable national-security issues is wrong. These new sanctions can be powerful, but they often cannot be calibrated to the extent policy makers desire—or to the extent necessary to deliver strategic objectives. Indeed, in many ways their greatest asset is also their most significant liability; because they primarily utilize international financial markets (which is how they are able to create so much leverage), their reach and effects can often be very difficult to predict.

IN THE middle of the last decade, the United States began employing significantly more sophisticated types of economic sanctions. Using the importance of the dollar in the global financial system, private firms’ concern with their business reputations and the fact that the United States is the hub for many key technologies necessary for the development of industries in other countries, the United States found new ways to pressure rogue actors.

In the case of Iran, for example, the United States relied on its position as the financial capital of the world—and one of its largest markets—to force foreign companies to abandon their business with the Islamic Republic. The U.S. Treasury Department threatened those companies with a choice: either they could do business in U.S. financial markets (and have access to U.S. dollars for transactional purposes) or they could do business in Iran, but not both. As a result, a large number of foreign firms shuttered their business operations in Iran, increasing economic pressure on the country. This ability to impose what many countries argued were extraterritorial sanctions helped prevent Iran from easily finding alternative trade and financing partners, and was—at least in part—responsible for bringing the country to the negotiating table to discuss its nuclear program.

Similarly, the United States has imposed sophisticated new sanctions on Russia that move well beyond simple prohibitions on transacting with certain of Vladimir Putin’s cronies. These new tools—which target Russia’s ability to refinance its massive external debt, as well as prevent the country from developing key energy resources over the medium to long term—leverage advantages enjoyed by the United States: technological superiority and attractive capital markets. A significant component of these sanctions prevents U.S. energy companies from providing cutting-edge technologies to Russian firms that would help those firms develop difficult-to-reach oil resources (such as shale, offshore and Arctic resources). And like the sanctions aimed at isolating Iran from Western financial markets, U.S. and EU sanctions on Russia prohibit Western financial firms from dealing in new debt or equity with more than a thirty-day maturity period, making it exceedingly difficult for Russian companies to secure the necessary financing to service the country’s massive debt.

These new forms of economic statecraft have proven powerful. For example, as a partial result of the sanctions, economists are predicting that the Russian economy will shrink by 3.5–4 percent in 2015 and continue contracting in the medium term. Likewise, the Iranian economy is suffering from significant inflation, and according to the Treasury Department, sanctions on the Iranian petroleum industry cost the country $40 billion in revenue in 2014.

Policy makers, seeing the sophisticated nature and powerful impact of these sanctions, have concluded that these new tools of coercion are different from—and a marked improvement on—prior forms of economic punishment. For example, in a December 2014 speech, David S. Cohen, then the under secretary of the treasury for terrorism and financial intelligence, noted that

we have been able to move away from clunky and heavy-handed instruments of economic power. . . . All of us in this room remember how sanctions used to consist primarily of trade restrictions or wholesale bans on commercial activity. . . . These embargoes rarely created meaningful pressure. Sanctions that focus on bad actors within the financial sector are far more precise and far more effective than traditional trade sanctions.

This perspective is echoed in the 2015 National Security Strategy, which makes clear that these targeted economic sanctions are an effective tool for dealing with threats to the United States and its allies and friends.

As Cohen went on to say in his speech, “Financial power has become an essential component of our country’s national-security toolkit. That fact may mean that we are called on to use it more frequently and in more complex ways than we have in previous decades.”

BUT WHILE these sophisticated sanctions have imposed substantial economic costs on Iran and Russia, policy makers’ optimism about their usefulness may be excessive. Indeed, it is more difficult than policy makers think to narrowly tailor these tools to achieve particular strategic objectives for at least two reasons.

First, the economic effects of these sanctions are unpredictable. In the case of Russia, the macroeconomic impact of U.S. and EU sanctions—combined with the drop in international oil prices and actions taken by Russian regulators—has undercut the country’s economy to a far greater extent than was expected or desired. For example, by March 2015, inflation in Russia had risen to 16.9 percent. This followed on the footsteps of a near run on the country’s currency, which was supposedly triggered by the Central Bank of Russia promising to effectively print money to prop up certain companies owned by Putin’s confederates and hurt by Western sanctions. By the spring of 2015, Russia had spent approximately $130 billion of its precious currency reserves in an attempt to defend the value of the ruble and prevent it from sliding even further. In addition, by raising interest rates to 17 percent in an attempt to stabilize the ruble, the central bank has likely stymied consumer spending in the near term.