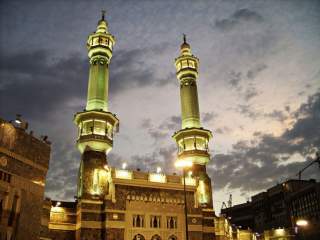 On March 27, Prince Muqrin bin Abdulaziz’s was appointed deputy crown prince, or second in line to the throne, formally confirming the long-standing tradition that the second deputy prime minister was also heir to the heir. His status, thus far, as the only prince to officially hold this title indicates Saudi Arabia’s interest in projecting and emphasizing its stability. However, it also temporarily delays the unavoidable entrance of the third generation, referring to the grandsons of the country’s founder, Ibn Saud, into the order of succession.

Currently, the government remains particularly interested in providing assurance as to its stability given persistent rumors regarding the health of both the king and current heir, Crown Prince Salman bin Abdulaziz. During President Obama’s recent visit, the ninety-year-old reigning King Abdullah was photographed taking oxygen. It has also been speculated that Salman’s March visit to various Asian countries was intended to provide reassurance regarding his health. In this context, the appointment of a Crown Prince-in-waiting does more than reassure; it acts as an insurance policy in the event that the king and heir are unable to rule.

That said, while Muqrin’s appointment may impart an image of stability, it also continues to postpone the inevitable transfer of power to the third generation. Ibn Saud’s grandsons have, thus far, been excluded from the “sons only” positions of king and crown prince. Although Muqrin is currently sixty-eight, with little evidence to indicate any serious health problems, he is also Ibn Saud’s youngest son, making the transfer more imminent and pressing.

Questions abound, however, regarding how such a transfer will take place. After sidelining and co-opting his brothers and collateral branches of the family, Ibn Saud named his eldest living son Saud as crown prince and formulated a lateral succession process from brother to brother. This process was loosely based on the notion of “eldest able”, while the 1992 Basic Law of Governance provided the vague explanation that rulers could only be chosen among Ibn Saud’s sons and “their descendants”. Article 5 goes on to explain that “the most upright among them shall receive allegiance”. However, while the order of seniority among Ibn Saud’s sons is clear, the vast age difference between multiple brothers, along with the practice of polygamy, has created a royal family with thousands of princes and unclear notions of seniority. The fact that Muqrin is younger than his nephew, Foreign Minister Saud bin Faisal, serves as just one example.

An order of seniority that is less clear is liable to be accompanied by increased difficulties in rotating the kingship among familial lines. Promotions of certain lines above others could cause dissatisfaction among those perceived as passed over and negatively affect efforts to maintain consensus among the royal family. The future appointment of Minister of National Guard Mutaib bin Abdullah, son of the current king, as crown prince or deputy crown prince could, for example, trigger accusations that Abdullah’s line has been over-represented.

At this time, reports suggest three princes in high level governmental positions suitable to progress toward the kingship. This includes Saud bin Faisal, Minister of Interior Muhammad bin Nayef, and Mutaib bin Abdullah. However, even when the baton is passed to the third generation, aging leadership is likely to remain a persistent obstacle. While Muhammad bin Nayef and Mutaib bin Abdullah may be younger than Muqrin, at fifty-four and sixty-two, respectively, should Muqrin reach the current king’s age of ninety, his two nephews will be in their seventies and eighties upon assumption of the throne. Conversely, naming a younger prince from the third generation could cause tensions within the family regarding the perceived violation of the seniority principle.

In this context, the Saudi leadership may determine that the order of succession is stable and formalized enough that aging leadership is less concerning than the appointment of junior and less experienced princes. This is particularly likely if the second deputy prime minister continues to be named deputy crown prince, thereby providing a fail safe in the event that an elderly king or heir becomes unfit to rule. A scenario with shorter reigns would also allow for more familial lines to be represented in the succession order. On the other hand, a younger prince would mitigate the need for repeated changeovers in leadership and project an image of more consistency and stability.

Clarity on this subject must wait until a member of the third generation is officially appointed to a position within the order of succession, or the unofficial second deputy prime minister. Until then, appointments of younger princes to higher-level positions will likely be some of the few indicators available. This could include Salman’s replacement as defense minister upon accession to the throne, or the potential princely appointment to intelligence chief. While former head Bandar bin Sultan’s deputy, Yousef al-Idrissi, has taken over the day-to-day operations, the position has traditionally been held by a royal. Meanwhile, the appointment of Muhammad bin Salman, the eldest son of Salman’s second wife, to minister of state and member of the Council of Ministers has largely been perceived as a message to the younger generation—there is room for you in the upper echelons of government, but not quite yet within the order of succession.

Regardless of how the Saudi leadership contends with this issue, the appointment of Ibn Saud’s youngest son as deputy crown prince highlights the necessity for a decision. Amidst ever-present interest in its stability, continued postponement of such an announcement is liable to increase concern surrounding this unavoidable transfer. Ironically, this is exactly what Muqrin’s appointment intended to mitigate.

Miriam Goldman is a senior intelligence analyst, specializing in Gulf affairs, at Max Security Solutions, a geopolitical risk consulting firm based in the Middle East.