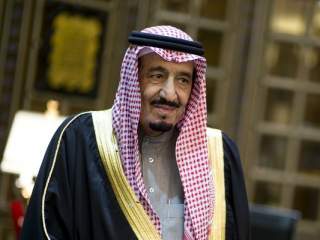 (Editor’s note: this excerpt is adapted from the report “Uneasy Lies the Head that Wears a Crown,” which is available in full here. It is published with permission the Belfer Center for Science and International Affairs, Harvard Kennedy School.)

After more than two decades of domestic drift under geriatric rulers and overdependence on U.S. protection in a dangerous region, the Kingdom of Saudi Arabia is starting to stand up to shape its own future. There are two major reasons for this change. The royal family itself has put power in the hands of a new generation of leaders who are more self-confident and assertive. In the meantime—in Riyadh’s view—the United States, long the kingdom’s protector, has increasingly shied from leadership in the Middle East under President Obama.

By far the greatest change in Saudi Arabia is within the ruling family, and in this absolute monarchy, that dictates everything else. The Al Saud family, rulers of Arabia for most of the past three centuries, finally has passed power to a new generation of princes. At the same time, power arguably is more concentrated in fewer Al Saud hands now than at any time since the death in 1953 of Abdul Aziz al Saud, the founder of this latest Saudi state.

King Salman bin Abdul Aziz, 80, will be the last of the founder’s sons to rule. Salman made sure of that last April by firing his youngest half-brother, Mugrin bin Abdul Aziz, 68, as crown prince a few months after Salman became king in January 2015 upon the death of the late King Abdullah, their half-brother. This ended the tradition of passing the crown to one after another of the late founder’s sons and brought about a generational change when the new king named two of the founder’s grandsons in line for the throne.

King Salman elevated his nephew, Mohammad bin Nayef, 56, a respected and well-known prince, to the role of crown prince and surprisingly named his own son, Mohammad bin Salman, 30, as deputy crown prince. This young prince, largely unknown to most Saudis, has quickly begun to consolidate his own power, sparking speculation that he is challenging his cousin, the crown prince, to become the Kingdom’s next ruler. Within months, Mohammad bin Salman has become minister of defense, economic czar and the man in charge of ARAMCO, the Saudi oil company which is the source of roughly 80 percent of the kingdom’s revenues. In every area the young prince is shaking up the sclerotic Saudi system and along with it the somnolent Saudi society. Not since King Abdul Aziz, his grandfather, has a prince his age wielded such power. The rise of the young prince has upset some other branches of the royal family, but for the time being, with his father’s full support, he is firmly in charge.

Unquestionably, the young prince’s meteoric rise has injected energy into the kingdom, but along with it, uncertainty. Both Al Saud royals and normal Saudi citizens watch what is seen as an unfolding power struggle between the two next-generation princes with rapt interest and no little trepidation. A monthlong visit to the kingdom in January found young Saudis mostly enthusiastic about the thirty-year-old deputy crown prince. That is important because 70 percent of the Kingdom’s population is thirty years old or younger. (Saudis number twenty million in a total population of thirty million, with foreign workers making up the difference.)

Young Saudis express pleasure at Mohammed bin Salman’s willingness to take risks. He has waged war in Yemen against the Houthis, a tribe he claims is doing the bidding of Iran. He also has supported more assertive policies against Iran’s influence in Bahrain, Iraq and Syria, including committing to sending Saudi troops to Syria if the United States would deploy its own troops there to battle Islamic State and Syrian President Bashar al-Assad. That, of course, is a very big “if,” at least under the Obama administration. Furthermore, the prince has organized a thirty-four-nation Islamic coalition against terrorism and taken the lead in meeting with the leaders of Russia and China to underscore to the United States that Saudi Arabia has international options.

Equally important, the deputy crown prince, who chairs the newly created Council of Economy and Development, has laid out an ambitious plan to reform the kingdom’s economy away from oil dependence, setting a 2030 goal to raise non-oil revenue from 10 percent of the kingdom’s revenues to 70 percent. His promised privatization of the economy, something the kingdom has been unable to achieve over many decades, seems essential to guarantee young Saudis a bright future even if oil prices, now around $30 a barrel, remain low.

Such a transformation, however, is a Herculean challenge given that it will require nothing short of a complete change in the Saudis’ decades-long mindset of depending on government for their total livelihood, including jobs, education and healthcare. In short, the traditional Saudi social contract has been loyalty (and obedience) to the regime in exchange for prosperity and ensuing stability. That social contract is at risk if the regime can’t reform the economy to create high-paying private-sector jobs for Saudis, since the government can no longer afford to create nearly enough jobs to soak up the three hundred thousand young Saudis annually expected to enter the job market between now and 2030. The deputy crown prince has pledged to create six million new jobs by 2030, a goal popular with Saudi millennials, among whom unemployment is stagnant at roughly 30 percent. But given that the Kingdom’s net employment increase in 2015 was only 417,000 jobs, only forty-nine thousand of which Saudis were willing to take, indicates the dimensions of the challenge.

Young Saudis like not only the deputy crown prince’s willingness to take risks but also his informality. Mohammad bin Salman meets visitors in a long thobe, the Saudi national dress that resembles a floor length long-sleeved dress shirt. He often is bareheaded and also shuns the royal “bisht,” the gold-trimmed flowing floor-length brown cape royals don around their shoulders for formal meetings. “He rolls up his sleeves and really works,” says one admiring young Saudi.

Not all Saudis are enamored of the young prince. Generally, older Saudis with whom I spoke also endorse the deputy crown prince’s policies abroad by standing up to Iran and at home by seeking to transform the Saudi economy. But experience has simply made them skeptical about the regime’s ability to sustain two wars in Yemen and Syria and, even more so, to reform a sclerotic economy so addicted to oil revenue. While some of these middle-aged Saudis prefer as their next king Mohammad bin Nayef, whom they see as more experienced, they insist that society will be content with either young prince. “We are relieved with the appointment of MBN and MBS to see the generational change in leadership behind us,” says one Saudi, summarizing an oft-repeated sentiment. “I can be confident my grandchildren will be well under either prince as both have a long runway.”

Some within the royal family are far less sanguine. Prince Talal bin Abdul Aziz, 85, a son of the founder, speaks openly about his distaste for what he sees as his half-brother King Salman’s effort to disenfranchise the other heirs of their late father and seize control of the throne for only his own son and grandsons in the future. The founder sired forty-four sons by twenty-two wives. Some thirty-six of those boys lived to adulthood. Six of those brothers have followed each other as kings of Saudi Arabia since their father’s death in 1953. Another dozen remain alive, including King Salman. All are elderly, most are infirm and none are seen as likely ever to sit on the throne.

Those thirty-six sons, in turn, produced a plethora of princes—sons, grandsons and great-grandsons—said to number nearly seven thousand in all. And at least some echo Prince Talal’s unhappiness at what they see as King Salman’s attempt to establish a British-style monarchy that will pass the throne from father to son. “When Salman appointed his son, this emphasizes the theory that this will be followed by another decision,” Prince Talal tells me, meaning that the king soon will name his son crown prince and remove yet another crown prince. “He is appointing his son and grandsons to be the kings.” Prince Talal has long been a critic of the Al Saud family, who banished him to Egypt in the 1960s for favoring democratic reforms in the kingdom.

But other royals, too, express unhappiness, though not for attribution, given the code of silence observed by most senior royals on succession issues. A prominent royal official who said he hopes the young deputy crown prince will learn and mature in coming years expresses a sentiment that surely sums up a lot of royal thinking: “Given all the problems we face now with Iran and our economy, it is no time for a lack of cohesion in the kingdom.”