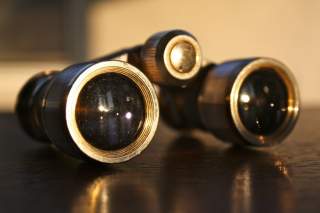 THE SECRET WORLD OF CLANDESTINE OPERATORS and the more public world of statesmen intersect in a number of ways. The gathering of useful information through espionage is well known, but the clandestine operator can also help take action and not just inform it. Sometimes what he or she does is given a formal structure and called covert action. At other times the help is less formal, such as making contacts and opening channels of communication that the statesman cannot, for one reason or another, embrace openly or directly. An inspired and skillful operator can make important things happen.

What the operator can accomplish, however, is ultimately limited by the political constraints that apply to the statesmen for whom he or she works. Inspiration and skill can open promising avenues, but the constraints may keep them from being fully explored. The clandestine operator, exposed to dangers that typify the spy world when the action is hottest and the opportunities greatest, is as likely to experience tragedy as triumph.

Of course, the intrigue and danger of that world have provided material for an entire genre of fiction. David Ignatius launched a successful second career as a writer of spy novels withAgents of Innocence, which is based on events in the Middle East he had covered as a journalist. Set mostly in Beirut in the 1970s, the story involves American intelligence officers trying to swim through a cauldron of conflict involving Israelis, Palestinians and other Arabs. Although this novel was a roman à clef, Ignatius could take the fiction writer’s prerogative of bending the story in his preferred directions.

Now Kai Bird has written a vivid nonfictional account of many of those same events. Bird demonstrated his chops as a biographer with a national-security specialty in earlier books on John J. McCloy, the Bundy brothers and J. Robert Oppenheimer. He centers The Good Spy on Robert Ames, the CIA operations officer who did more than anyone else to open a channel of communication between the United States and the Palestine Liberation Organization (PLO) at a time when the need for such a channel and the perils of opening it were both great. It is a reflection of the drama of this patch of history as well as Bird’s skill in rendering it that the book is as compelling a read as most spy novels. Not detracting from its page-turning quality is our knowledge of the protagonist’s tragic end: his death in the rubble of the U.S. embassy in Beirut when a truck bomb demolished it in 1983.

Ames is less well known to the public than several other American intelligence officers of his and earlier generations, including ones who had operated in the same part of the world and accomplished no more than he had. Probably the main reason for this difference is that those other officers lived to write their own books and Ames did not. Bird’s volume fills that gap; while he presents other perspectives he is consistently sympathetic toward the mission Ames saw himself performing and Ames’s views of the best way of doing so.

The Good Spy depicts multiple and often-conflicting considerations that go into planning and conducting clandestine operations, a diversity of opinions that often exist internally about how to conduct them and complexity in the CIA’s relations with its policy-making customers. The book also describes the personal stresses that accompany the life of a clandestine operator, including geographic separation from a spouse while trying to support a family (which in Ames’s case included six children) on a government salary.

The principal contribution of Bird’s book, however, is to illuminate earlier chapters of a political and diplomatic story that challenges U.S. policy makers to this day. It is the story of the United States being caught between Israel and its regional adversaries as those enemies have waged war against each other both openly and in the shadows. The United States has suffered as a result at a personal level—as with the victims of the bombing of the embassy in Beirut—and at the level of its own broader foreign-policy interests. The United States has been handicapped in coping with this uncomfortable situation because it often has lacked effective communications with parties that it really should talk to. That handicap is partly the product of deference to Israeli sensibilities and partly due to Americans’ own notions of who ought to be shunned as an enemy.

Bird’s reportage relies on the cooperation of Ames’s widow, including access to personal correspondence. Many of the book’s intimate looks at the perceptions and opinions of Ames come in the form of quotations from letters to his wife. Bird also conducted interviews with dozens of former officers, some identified by name and some not, who worked with Ames. The author’s only direct contact with his principal subject took place long ago and was nonsubstantive—in Bird’s youth as the teenage son of a U.S. diplomat at the U.S. consulate in Dhahran, Saudi Arabia, when he lived next door to Ames. Bird knew him as a young officer who liked to play basketball with the consulate’s Marine guards.

Although the operations Bird describes occurred more than three decades ago, they remain sufficiently in the shadows that readers who were not involved in them—this reviewer included—cannot independently assess their accuracy. A few of Bird’s subthemes about the CIA seem to be grounded more in cliché and conventional wisdom than in reporting. Elsewhere, however, Bird is appropriately agnostic about events whose details remain unclear.

LITTLE ABOUT THE EARLY LIFE OF ROBERT AMES POINTED to the sort of role he would later play in Middle East policy and diplomacy. He grew up in Philadelphia and attended college locally at La Salle University, where the basketball was serious—Ames played on a team that included a future NBA professional. Inducted into the army, he was assigned to a signals-intelligence facility in Eritrea, where in his spare time he began learning the Arabic he heard spoken by townspeople in Asmara. He developed an itch to work someday in the lands on the other side of the Red Sea. Once out of the military, he worked as a repo man for an insurance company. He applied to the Foreign Service but failed the written entrance exam. The CIA hired him in 1960.

Ames had several of the qualities that make for an excellent intelligence officer. He had a flair for learning foreign languages and would become highly proficient in Arabic. He liked making contacts with a lot of strangers, increasing the odds of contacts growing into friendships and lasting relationships. That, in turn, increased the odds of some of these relationships yielding useful information or leading to still other contacts that would yield it. He had a genuine yen for wandering the streets of dusty and even dangerous places. He was a good listener and an avid reader who easily absorbed and digested information about subjects in which he was keenly interested, and he was fascinated by the Middle East.

After duty in Dhahran and Aden, Ames was assigned to Beirut. There in late 1969 he met a Lebanese Shiite named Mustafa Zein, who would function as, in the words of another CIA officer, “Ames’s Sancho Panza” for the next fourteen years: Zein would become the model for a major character in Ignatius’s novel, and would later become one of Bird’s major sources of information about Robert Ames.

Zein grew up in a moderately wealthy family in southern Lebanon. He learned English attending an American school in Lebanon before graduating from high school and college in the United States. He stayed there and became one of the leaders of the New York–based Organization of Arab Students. He became more actively involved in issues related to the Palestinians. While still in his twenties he started acquiring powerful acquaintances in the Middle East, meeting Egyptian president Gamal Abdel Nasser during a stint in Cairo and then landing a job as an adviser to the ruler of Abu Dhabi, where he served as an interlocutor with American and British interests seeking to make deals in the oil-rich emirate. Zein’s subsequent endeavors, bringing him back to Lebanon and later again to New York, spanned the worlds of international politics and business.

Zein’s entrepreneurial talent for making contacts in high places made him an ideal candidate to be what intelligence officers call an access agent: someone whose main value lies not in having useful first-hand information himself but instead in identifying and facilitating relationships with others who do. Access agents may be put on the payroll of an intelligence service just as primary, information-providing agents typically are. It appears, however, that Zein never entered into a paid relationship with the United States, and with his business success he was not in need of the money anyway. Bird quotes testimony in court (related to a lawsuit many years later involving Zein) from a CIA official stating that “Mustafa Zein never received any monies for his efforts. The basis for Mr. Zein’s collaboration with the Agency has been his desire for the United States to comprehend and sympathize with the Arab and Palestinian perspective on the situation in the Middle East.”