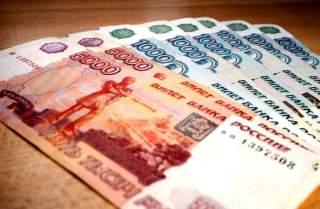 In the geopolitical arena, do the ends always justify the means? Is it wise to inflict damage on yourself and your institutions to hobble an enemy? The relationship between the West and Russia over the last few years offers an illustrative case.

Even if we assume that Western promotion of the Maidan revolution was absolutely correct and noble, and that Russian resistance is indicative of the re-emergence of the “evil empire,” questions remain as to what types of punishment are appropriate and what level of damage to Western society and institutions are acceptable. Specifically, many Western actions vis-à-vis Russia have damaged constructs as fundamental as the rule of law and disrupted many economic innovations, which in no small measure contributed to the higher quality of life and level of development of the West. In other words, in an effort to punish Russian “misdeeds,” two of the major forces that helped the West win the Cold War, namely capitalism and its necessary prerequisite, democracy, have been jettisoned when deemed expedient. Is this an appropriate sacrifice?

This work examines sanctions and other actions that can undermine economic relations and contract law. The question of appropriateness is addressed not in terms of any moral right, which this author believes in international politics to be subjective and short-lived at best, but rather in terms of rational self interest:

The Underpinnings of Capitalism

By the time Mikhail Gorbachev had become general secretary of the Communist Party, the superior strength of the capitalist system, specifically, market allocation of capital to more productive uses, and/or uses that satisfy consumer demand (a stark contrast to the planned economy of the USSR) had become plain to see. Half measures under perestroika failed to materially improve the situation, leading to the demise of the USSR.

After a chaotic and violent start in the 1990s, Russia adopted capitalism, albeit with pronounced local features. After the turn of the millennium, Russia became more and more involved in the global financial and trade system. The West exported excess capital due to a dearth of attractive investment opportunities, and Russia, faced with insufficient capital for attractive investments, imported it. This was mutually beneficial as it allowed Russia to modernize and expand capacity, raising the standard of living and well-being of the people, and Western financial institutions and investors were able to receive higher returns on capital. Russian commodities and products enjoyed high demand from the global (particularly Chinese) economic boom and in turn helped fuel this boom. Such integration and comparative advantage is part and parcel of capitalism and has been known to be beneficial to all parties at least since the time of Ricardo’s work, two centuries ago.

The strengthening and reassertion of Russia was met with disquiet in some quarters and led to push back, such as the color revolutions and attempts to provoke confrontation in Ossetia. This push was mostly political and military, not economic. After the ousting of the colored revolutionaries by the local populations and Russian intervention to prevent a Western attack on Syria, efforts to move Ukraine out of the Russian sphere of influence and under the control of the West were stepped up and the demonization of Russia in the eyes of the Western public was accelerated. Still, it was only after the revolution in Ukraine, and after events there dragged on and did not follow the Western script, that economic sanctions were unleashed to isolate and destroy the Russian economy.

The most damaging economic sanction has been shutting Russia out of Western capital markets. In other words, the West convinced Russia to switch to capitalism, borrow money, and then pulled the rug out. Although strictly speaking sanctions lock out a relatively small number of companies and banks, either with State ownership or perceived closeness to the State, de facto they closed Western capital markets to nearly all companies, since prudent risk management precludes taking Russian credit risk under circumstances where exogenous government actions could prevent service and repayment of debt, all questions of ability and willingness to pay aside.

What does our rational self-interest framework say about this economic sanction? In the 12-month period commencing August 21, 2014, roughly corresponding to the effective closure of Western capital markets, some $160 billion in Eurobonds and bank credit principal was repaid that otherwise would have been rolled over. The weighted average spread of this debt ex ante was some 300 bp. At moments when the crisis was particularly sharp, spreads blew out even past 900 bp, and spent long periods over 600 bp, compared to 100 bp for similar Western credit risk. If we use a figure in the middle to account for the fact that, even in the absence of sanctions, the perception of Russian risk would have increased somewhat due to events in the Ukraine, we can estimate that the cost in decreased rent to owners of capital was some 450 bp. In today’s ultra-low (even negative) yield environment, this is a palpable, particularly to retirees and pension funds that are unlikely to meet targeted returns.

Is it worth it? What is the damage to the Russian economy? Some of the debt was rolled over into more expensive ruble facilities. The rest was simply redeemed. All else equal, debt redemption leads to lower economic activity, and this no doubt has and will continue to be a factor in lower economic growth (or contraction) in Russia. However, given slowing global economic growth and thus demand, Russian economic growth would have slowed anyway as evidenced by commodity producers’ lower CAPEX and thus demand for credit. In other words, these sanctions would be much more damaging in an environment of strong and rising demand than it is today. Moreover, given that annual Russian GDP is over $2 trillion and the capital stock exceeds $7 trillion, this amount of principal repayment, which will decrease going forward, is not a major impediment. Furthermore, Russian Sovereign and corporate debt loads are low by Western standards.

(It should be noted that there are other types of financing that have dried up and will have an adverse effect on the Russian economy, such as vendor financing, which now is becoming a problem. However, such financing has a lesser effect on the economy and is more qualitative in nature, i.e. imported consumer goods become scarcer, and less quantitative, that is, reducing economic activity. Also, substitution of domestic credit facilities has contributed to ruble weakness, but whether such weakness is good or bad for the economy on balance is very nuanced, and beyond the scope of this work. Deterioration in the credit quality of Russian loan books given refinancing problems is also best addressed elsewhere.)

In the long run, denying access to Western capital markets, the deepest and most liquid in the world, undermines their attractiveness to borrowers from other regions: Imposition of these sanctions was a wake-up call that borrowers can be shut of markets if they refuse to toe the line. The damage is amplified as currently the world is awash in capital, and profitable opportunities to employ it are limited. Such opportunities are more likely to be found in developing economies, not stagnating Western ones.

As a result, foreign countries are likely to seek out other sources of financing, particularly domestic. Although the death of Western capital markets in the foreseeable future is nearly impossible, such sanctions are likely to decrease its relative importance and market share and thus reduce its contribution to economic activity. Furthermore, free trade and movement of capital have been major drivers of global economic growth. Restricting access to and/or increasing the cost of capital will have a negative impact on the global economy, decreasing wealth, albeit in differing amounts.

This brings us to our fourth criterion, namely, will Russia change its ways to regain access to Western credit markets? Simple game theory leads to the conclusion that since the West has played this card once, it stands to reason that it will play it again. Thus, giving in to such pressure cannot result in a long-term optimum solution for the entity upon which sanctions have been imposed. No doubt other countries have taken notice of this too.

Post-USSR, the Russian political and economic landscape has been driven loosely by two camps: The first, often labeled as liberals, favor increased global economic integration and private ownership (capitalism), and a more democratic government and society; the second, the siloviki, favor less integration, greater State ownership, and a more authoritarian government and society. During the economic boom of the first decade of this millennium, the liberals seemed to be in the ascendency as trade and capital flows between Russia and the West increased. Over the last several years, the trend has been reversing as government involvement and control of the economy has increased. Western involvement in the Ukraine only strengthened the siloviki’s hand, as did sanctions that seek to damage the economy and are thus tantamount to warfare. Thus, sanctions actually reinforce the behavior that the West is trying to stamp out.