The Senate Has Delayed Confirming an Ambassador to Mexico. America Needs One Now. 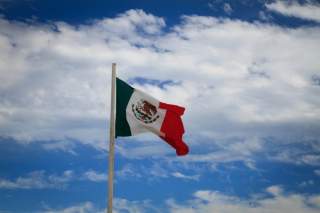 The U.S. Embassy in Mexico City has been without an ambassador since July. It's not all that unusual for an embassy to be vacant for a few months, but then again, this is not a usual relationship. Not only is this one of the largest U.S. embassies in the world, but it is the hub for managing one of our country's most complex and important relationships, and one that has tangible value for millions of Americans in their daily life.

To begin with, Mexico and the United States trade over a half-trillion dollars’ worth of goods and services a year, or more than a million dollars a minute, only slightly behind Canada and China as America's third-largest commercial relationship. What’s more, Mexico is the United States’ second-biggest export market, ahead of China, and people in twenty-seven states—from Texas and Arizona to Nebraska, Iowa, Michigan, and even New Hampshire—depend on Mexico as the first or second destination for exports produced in their state. Around six million U.S. jobs are closely tied to exports to Mexico.

And dozens of industries, from computers and appliances to cars and airplanes, manufacture goods jointly in the two countries, requiring just-in-time production schedules across the border. Ensuring that we manage the border wisely to allow products to move back-and-forth as they are assembled in the two countries is central to productivity in these industries and to wages for millions of workers on both sides of the border.

Until a few years ago, it was not just goods but people moving across the border, many of them illegally attempting to get into the United States. But since 2008, that flow almost entirely dried up, as Mexico creates more opportunities for its young people and as its demographic profile changes. Ironically, today more Americans move to Mexico than Mexicans to the United States, a surprising turn of events in the past seven years. Roughly a million U.S. citizens live in Mexico today and depend on the U.S. Embassy for a variety of services and support.

Over the past three years, there has also been a large number of Central Americans trying to get into the United States, as safety and economic prosperity in Honduras, Guatemala and El Salvador have deteriorated. In 2014, the arrival of these Central American immigrants threatened to overwhelm some border towns in Texas, but since then, the Mexican and U.S. governments have worked together to discourage the long and dangerous journey. Today, most Central Americans are turned back in southern Mexico as part of the government’s extensive efforts to strengthen its border controls. What Mexico is doing to impose a sense of order on its southern border is of critical importance to U.S. homeland security.

Since 9/11, the two governments have also engaged quietly but extensively in sharing intelligence on would-be terrorists who might want to use the border to enter the United States, much as the U.S. government does with Canada. The two governments share everything from passenger lists to critical information on suspicious individuals from third-party countries who enter Mexico. With the growth of drug trafficking violence over the past decade, the two governments have also collaborated extensively to identify and arrest several dozen drug traffickers, money launderers and other criminals, and these joint efforts have gradually brought Mexico's crime rate down, although much more remains to be done to build rule of law and eradicate corruption. Numerous challenges to this cooperation have arisen in recent years, and recent concerns over human rights protections highlight the need for a friendly but firm hand on these questions.

Indeed, the complexity of the relationship on security and rule of law issues is one of the main reasons why having a vacant post in Mexico City is so troubling. Procuring ongoing security cooperation with Mexico, while at the same time insisting on the protection and promotion of human rights in the country and a real commitment to tackle corruption, requires a deft touch, and the ambassador is the central figure in communicating such a message to the Mexican government.

The Senate has received the nomination of Roberta Jacobson, a career civil servant, to serve as the next U.S. Ambassador to Mexico. She has broad bipartisan support and knows Mexico better than anyone else in the U.S. government, having run the Mexico desk at the State Department, then served as Deputy Assistant Secretary for Mexico and Canada and Assistant Secretary for the Western Hemisphere. For twelve years, she has been the steady hand guiding the U.S.-Mexico relationship from Washington, as we have moved from a period when illegal immigration and drug trafficking violence dominated the agenda to today, when economic opportunity now tops the list.

Having studied the bilateral relationship closely for more than two decades from both Washington, DC and Mexico City, we are confident that if confirmed, Jacobson would bring the same professional and knowledgeable management style to the U.S. Embassy in Mexico City, and ensure that the most important issues in the relationship continue to move forward creatively and constructively—from the commercial and financial ties that improve life for millions of Americans to the cooperation on Central American immigration flows, the monitoring of terrorist threats from outside the hemisphere and the protection of Americans living in Mexico.

There is no more important relationship for the United States than this one, and an ambassador of the highest caliber such as Jacobson should be in place as soon as possible.

Duncan Wood is Director of the Wilson Center's Mexico Institute and Andrew Selee is the Center's Executive Vice President.