The Slow Death of Russian and Eurasian Studies 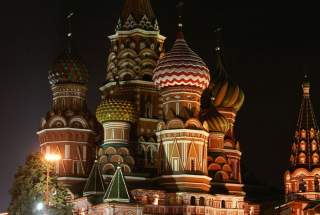 There has been no shortage of editorials and op-ed commentaries on Russian actions in Ukraine. This explosion of viewpoints, however, obscures the troubling reality that the fund of deep expert knowledge and understanding of Russia in the United States is in rapid decline. Despite the implication of a New York Times article on the “thinning ranks” of Russia experts, the problem is not only a lack of young scholars who show interest in the region, but rather a lack of career opportunities and financial support for those who do.

Since the beginning of this decade, a series of decisions by private foundations, the U.S. Congress, and successive U.S. administrations to cut funding for language education, research, and exchange programs focused on Russia and the former Soviet space has gutted what was once among the strongest examples of academic research serving the national interest. Although expert knowledge and insight on Russia is arguably more vital to the U.S. national interest today than at any time since 1991, the foundations for cultivating such expertise over the next two decades look to be weaker than ever before.

According to U.S. Department of Education statistics, the number of degrees conferred in Russian language and literature in the United States has fallen from 715 in 1971, to 593 in 1991, to 340 in 2011. Some of this may be due to shifting interest among area studies students towards the growing fields of Middle Eastern and Asian studies, perceived to offer more career-enhancing opportunities. Yet it is ironic in view of today’s globalized world that university curricula devoted to any cross-disciplinary regional expertise have suffered attacks from traditional social-science disciplines, such as economics and political science, which view language and regional knowledge as—at best—a secondary skill set.

Declining student interest and less hospitable university environments are hardly the whole story. Funding for Russia-related research and exchanges from some private grant-making foundations has also fallen precipitously in recent years. Ford Foundation grants for Russian programming amounted to $106 million from 2000-09, but operations in Russia were ended in 2009. The MacArthur Foundation provided $179 million in grants in and on Russia from 1991-2011, an average of $7-8 million annually, but from 2011 has reduced grants by half, and ended support for higher education programs. Spending by the Carnegie Corporation of New York has remained steady but does not compensate for the drop off by other foundations. The Russian government’s attacks on foreign “interference” in Russia and attendant crackdown on domestic NGOs receiving funding from foreign sources has clearly contributed to this overall decline.

By far the most serious reduction in financial support for the field has come from the U.S. government, because it has struck directly at the institutions responsible for research, teaching and exchange. For some thirty years, the U.S. government supported area studies and language education programs at American universities under legislation known as Title VI, while funding advanced social-science research on Russia and Eurasia under the Title VIII program, administered by the State Department. Title VIII, costing less than $5 million annually, was canceled abruptly last year when State decided to reallocate the funds. Beyond striking a body blow to U.S. research on Russia and Eurasia, the end of Title VIII is likely to carry hidden costs for the government since it also funded training for embassy personnel assigned to countries of the former USSR, short term fellowships for specialists to conduct research on behalf of U.S. embassies, and other work directly supporting U.S. diplomacy.

Funding for Title VI has been nearly halved since 2010 and regional-studies programs across all U.S. universities now share less than $70 million in federal funds. For comparison, this is roughly the cost of running the intercollegiate sports program at a single large public university for one academic year. Meanwhile, federal funding for the Library of Congress’s Open World Leadership Program, which has brought thousands of Russians, Ukrainians and other former Soviet citizens for study trips to the United States since 1999, has been slashed from $14 million to $8 million today. It is ironic that during a period when U.S. foreign policy asserts the importance of “targeted sanctions” for distinguishing between Russia’s ruling regime and ordinary people, proactive efforts to engage those very people have been so attenuated.

For newcomers and rising stars in the field of Russian and Eurasian studies today, these cuts present a bleak picture. New job and fellowship opportunities are in short supply, while funding to complete advanced education in the field is drying up. With alumni such as former Secretaries of State Madeleine Albright and Condoleezza Rice, dozens of U.S. ambassadors, and some of the country’s best-known professors and public intellectuals, the loss of Title VIII especially will be felt by future generations.

Following Ukraine’s Euromaidan revolution and Russia’s annexation of Crimea, U.S.-Russian relations have entered a period of ambiguity and tension that is likely to last years, not months. In this context, no less than during the Cold War or the 1990’s, close study and deep understanding of the region’s politics, public opinion, culture and history will be critical to U.S. foreign-policy success. While there are valid arguments for reducing government spending across the board, and even for shifting new resources to focus on Asia or the Middle East, it is clear that Russia and the region will demand far more attention than they have received over the past decade. Investments to cultivate a new generation of American expertise will serve the national interest, and are well worth the modest cost.

Kenneth Yalowitz is a former U.S. Ambassador to Belarus and Georgia and current Global Fellow at the Wilson Center.

Matthew Rojansky is the director of the Kennan Institute at the Wilson Center.