The Slow Death of the Old Global Order 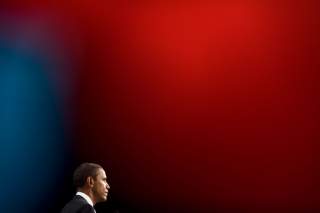 In the spring of 2012, The National Interest produced a special issue under the rubric of “The Crisis of the Old Order: The Crumbling Status Quo at Home and Abroad.” The thesis was that the old era of relative global stability, forged through the crucibles of the Great Depression and World War II, was coming unglued. In introducing the broad topic to readers, TNI editors wrote, “Only through a historical perspective can we fully understand the profound developments of our time and glean, perhaps only dimly, where they are taking us. One thing is clear: they are taking us into a new era. The only question is how much disruption, chaos and bloodshed will attend the transition from the Old Order to whatever emerges to replace it.”

Since publication of that special issue of the magazine, events have seemed to bolster the thesis that the current global situation and the American domestic political situation are inherently unstable, and stability will return only with the emergence of some kind of new order. Leaving aside the U.S. domestic scene for purposes of this digression, the gathering global crisis got a penetrating survey the other day from William Pfaff, the longtime geopolitical analyst for the International Herald Tribune (recently renamed the International New York Times).

Pfaff said the world faces an “international disorder unmatched since the interwar 1930s,” fostered by the ongoing Ukraine crisis, the “self-destructive forces” of the Israeli-Palestinian conflict, growing instability within the world of Islam, and the “serious risk of collapse” of the European Union. Pfaff notes with a small measure of relief that the world isn’t beset these days by ideological dictatorships on the march or any new waves of totalitarianism. Today’s problems, he says, are merely “confusion, incompetence, and intellectual and moral disorder.” He adds: “But these are bad enough, in an over-armed world.”

What’s most troubling about all this is that today’s national leaders seem utterly lacking in any serious consciousness of just how dangerous the global situation is. The current Ukraine crisis, for example, is the product of a long-term Western tendency (the word “strategy" hardly qualifies here, given the lack of any coherent logic involved) to push eastward through what once were the buffer territories of Eastern Europe and press right up to the Russian border.

Though highly provocative, this didn’t generate any serious crisis when Russia remained weak after the Soviet collapse and the eastward push didn’t extend into territories that for centuries had been part of Russia’s traditional sphere of influence. But the United States, European Union and NATO remained blithely unmindful of the consequences when they kept pushing as Russia gained sufficient power to resist incursions into its areas of crucial national interest. What were the leaders of these Western entities thinking?

Pfaff puts that question a little differently: “Why Should Slavic and Orthodox-Uniate Ukraine, its history painfully intertwined with Russia’s, be made a member of what was and still essentially is Charlemagne’s post–Roman Europe?” With one sentence he places today’s sordid events surrounding Ukraine into a broad historical perspective of more than a millennium.

For that matter, adds Pfaff, “Why does Turkey belong in Christian Europe?" He wonders if President Obama, should he be asked such questions, could give a considered and historically grounded answer. “Or does the machinery of foreign-policy making grind relentlessly along behind Mr. Obama’s back, or beyond his attention?”

Good question. And it’s particularly intriguing given the machinations of that meddling bureaucrat, Victoria Nuland, Assistant Secretary of State for European and Eurasian Affairs, who worked behind the scenes to foment the uprising that eventually ousted the duly-elected Ukrainian president, Viktor Yanukovych. She even identified the man who should replace Yanukovych after his ouster and—presto!—he did indeed emerge as Ukraine’s interim leader. It turns out that the United States has spent some $5 billion in fostering “democratic institutions” in Ukraine designed to nudge the country away from Russian sway.

Saner heads would have understood just how dangerous this kind of activity can be. And so some questions intrude: Did anyone in the State Department inform President Obama that this was going on? If anyone had, would the president or his informant have understood the potentially incendiary nature of such diplomatic intrusiveness? Or was the president simply left in the dark, as Pfaff has suggested, while his minions engaged in activity destined to create an unnecessary crisis in U.S.-Russian relations and possibly unleash destabilizing ethnic tensions in a crucial corner of the world?

For historical perspective, it’s worth noting that we look back now with a certain disdain upon the heads of state grappling with events leading to World War I. Those events ended a century of relative stability and peace in Europe, and the men who let that grand epoch pass are seen in history as hapless, out of touch, even stupid. In fact, they weren’t stupid, but they were out of touch and that rendered them hapless in the face of events they didn’t understand.

President Obama and those around him aren’t stupid either, but they don’t seem to understand the nature of our time and the challenges posed by a fading era. They seem incapable of grappling with the kinds of broad historical questions posed by William Pfaff.

But the problem doesn’t reside only with the current administration. There seems to be a zeitgeist in play that retards the ability of our leaders and intellectuals to grasp the transformative nature of our time and hence the havoc besetting the globe. Pfaff is equally hard on George W. Bush and his father, George H. W. Bush, particularly regarding what he calls “the Muslim conflagration.” He writes: “Iraq, Syria, Egypt, Libya, Yemen, Lebanon, Afghanistan, Pakistan—in all of them, a President Bush, or President Obama, together with his accomplices, has passed their way, sowing annihilation."

He’s right, of course, and equally correct in dismissing the ongoing efforts by U.S. officials to find a solution to the Israeli-Palestinian conflict “in the face of the manifest unwillingness of Israel to allow the conflict to be solved on any terms that do not expel all the Palestinians from the Palestinian Occupied Territories, and award these to Israel (God’s lands, therefore Zionist Israel’s: Sheldon Adelson, sales agent)."

One could argue that it isn’t in America’s interest to push Israel on this matter, though that is eminently debatable. More to the point, though, is the haplessness of a nation continually going back to the well with high expectations of finding water, when in fact the well has been dry for decades. That kind of behavior by any nation denotes a clear lack of seriousness.

Seriousness is what the times call for. We are living through a crisis of the old order, and it demands new thinking, new cautions, new understandings of the profound challenges of this pregnant historical interregnum. If Western leaders continue along the course they’ve been on in the post-Cold War period, they are likely to go down in history in much the same light as those sadly obtuse leaders who presided over the onset of World War I.