The South Caucasus: United, and Divided, by NATO 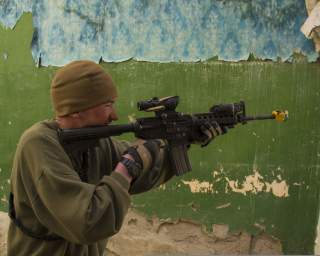 Amidst the disputes that arose over the efficiency of the missile defense system, Montenegro’s accession to NATO and Russia’s new military build-up, the new engagements of the South Caucasus states with NATO that are seemingly underway were somewhat overshadowed.

Three rather interesting moves, linking NATO even more closely with the region, could lead to changing realities in the wider Black Sea region and inherently provoke Russia to be even more belligerent.

Georgia recently held joint NATO-Georgian military drills with substantial numbers of U.S. and UK troops in attendance, called “Noble Partner 2016,” at its Vaziani base, in addition to the first NATO-Georgia field exercises at the Joint Training and Evaluation Center at the Norio training camp. Such programs are running in compliance with the substantive package approved for Georgia at the NATO summit in Newport in 2014, and are aimed at enhancing Georgia’s territorial self-defense capabilities.

In the wake of the recent military escalation with Azerbaijan over the disputed Nagorno-Karabakh region, Armenia is about to enter a new stage of partnership with NATO. This initiative entails enhancement of the bilateral defense cooperation through considerable renewal of the Planning and Review Process (PARP), part of the Partnership for Peace program adopted by Yerevan since 1994. Likewise Georgia’s Defense Minister Tinatin Khidasheli, while holding talks with her Azeri counterpart Zakir Hasanov, invited Azerbaijan to take part in military exercises under the auspices of NATO, to be scheduled by spring 2017.

Although such a sequence of military-political developments might at first glance seem insignificant, it could nevertheless have a decisive impact on regional dynamics in the medium term by providing an additional means of making NATO more visible in the South Caucasus. Setting aside Georgia’s traditional endeavors to become a military-political pillar for the West in the South Caucasus, there are two other complex states, Armenia and Azerbaijan, that are increasing their partnerships with the Euro-Atlantic Alliance.

As for Georgia, although its chances of receiving NATO’s Membership Action Plan (MAP) are negligible in the short term, Georgian authorities nonetheless pin their hopes on at least enlarging the Substantial Package that was approved for Georgia at the Newport NATO Summit. The measures derived from the Substantial Package are proven to have boosted the interoperability and defensibility of the Georgian Armed Forces. However, policymakers in Tbilisi, as NATO Special Representative for the region James Appathurai recently mentioned, are too much focused on acquiring the MAP rather than promoting the practical mechanisms to prepare for NATO membership. This idea was underscored by the U.S. envoy to NATO, Douglas Lute, speaking in London to the Aspen Security Forum on April 22, when he stressed that there is no room for NATO enlargement in the foreseeable future. Despite all the efforts that Georgia makes in seeking to join NATO, including its remarkable contribution in Afghanistan, nonetheless, at its core, Georgia is a security consumer that requires protection against Russia. This factor effectively determines the NATO mainstream’s reluctance to let Georgia enter the alliance. In particular, it is pointing out that such a prospect is likely to cause NATO-Russia relations to deteriorate even further, thus providing a pretext for new Russian aggression against Georgia.

The central reason, however, is not to aggravate the situation by irritating Russia further; the Georgian side is of the opinion that the delay in granting the MAP to Tbilisi and inviting the state to be covered by the alliance’s security umbrella is emboldening Russia to intervene. In other words, Georgia’s position on the issue is that while NATO seeks to avoid fueling confrontation with Moscow, by its refusal to accept Georgia it amplifies the threat to Tbilisi. It is thereby unwillingly laying the groundwork for Russian aggression, aimed at retaliation against NATO.

Simultaneously, Tbilisi, in the framework of the ongoing Noble Partner military drills, has begun to permanently deploy NATO Response Force (NRF) units on its territory. Georgia is the fourth non–NATO member state to participate in the NRF, having joined in September 2015, after Sweden, Finland and Ukraine. By successfully carrying out a range of exercises, Alpha Company of the Twelfth Infantry Battalion, Fourth Mechanized Brigade of the Georgian Armed Forces can now be used by NATO in its rapid international operations. Though the given unit is made up of Georgian personnel, it is nonetheless now an official NATO element that henceforth will be stationed at the Vaziani military base. It will become something of an embodiment of NATO’s military presence in Georgia. This move will likely contribute to Georgia’s security boost—not to mention that Tbilisi would prefer to retain the recently arrived American units. Such a pursuit is not only about state security, but even a temporary U.S. military presence in Georgia is considered a kind of compensation for Georgia’s prolonged invitation to NATO. Meanwhile, the U.S. troops on the ground, even temporarily, are a containing factor for Russia’s potential activity.

Therefore, the latest messages from NATO’s high-ranking representatives appear to have been received promptly, as Tbilisi has embarked not only on stepping up defense cooperation with NATO and the United States, via present instruments, but also on intensifying joint security tasks and priorities with Turkey and Azerbaijan.

Georgia’s bet on Turkey and Azerbaijan is rational: Turkey is one of the few NATO allies unambiguously voicing support for Georgia’s NATO membership. Regardless of the defense cooperation between Turkey, Georgia and Azerbaijan initiated in 2011, the military-strategic trilateral rapprochement was treated by Georgia as a platform to provide a basis for something of an alternative to NATO membership—even though Ankara regards such a bloc as a complement to NATO’s Black Sea strategic realignment. The strategic trilateral rapprochement, however, lacks an important component to make it a fully fledged alliance, which is a collective defense agenda that enables the engaged states to make a commitment to the security and territorial integrity of their partners. Instead, the Turkey-Georgia-Azerbaijan rapprochement is generally focused on accumulating efforts needed to boost the security of energy communications and infrastructure in the region. Such an objective fits Azerbaijani interests, while it is insufficient from Georgia’s perspective.

Concerning Armenia and Azerbaijan, the perpetual rivals for the breakaway Nagorno-Karabakh region have always kept political and practical cooperation with NATO as a priority—even though Armenia is a formal ally of Russia via the Collective Security Treaty Organization (CSTO), while Azerbaijan has been a member of the Non-Aligned Movement since 2011. Cooperation with NATO has played an essential role in reassessing and shaping the defense doctrines of both nations via the fulfillment of various programs promoting reforms and transformation combined with democratization.

Similarly, both Armenia and Azerbaijan have already adopted the fourth stage of the Individual Partnership Action Plan (IPAP) with NATO for 2014–16, not to mention their proactive participation in the Resolute Support mission in Afghanistan. A noteworthy point in the context of NATO’s partnership with Armenia and Azerbaijan is the risk that their enduring standoff will make conspicuous NATO’s partnership frameworks.

In this regard, Armenia has prioritized practical cooperation with NATO over political cooperation, due to circumstances stemming from Russian politics. As soon as Vladimir Putin’s political gestures in Ukraine put Russia on a collision course with the West, Armenia found itself somewhat abruptly in limbo. Facing pressure from Russia, in 2013 Yerevan suspended its association with the EU to join the Eurasian Economic Union amid Moscow’s resolved stance to arm Baku at the expense of the balance of power. Being highly constrained politically, and limited in terms of establishing alternatives to Russia as a strategic partner, Yerevan since at least 2013 has experienced difficulties in acquiring advanced military equipment and other opportunities for modernization.

Moreover, a sense of realism has emerged in Armenia’s politics in light of Russia’s ambivalent posture vis-à-vis the recent eruption of fighting with Azerbaijan. It buttressed the assumption that Moscow is seeking to keep the escalation tense for a final military deployment in the region, despite measures to mediate. In effect, such nuances made it clear both in Baku and Yerevan that Moscow intended to use the conflict over Nagorno-Karabakh as an instrument to perpetuate its dominance over the region as a whole.

As for Azerbaijan, President Ilham Aliyev, in accordance with his father’s approach, has proceeded to implement a partnership with NATO primarily via strategic cooperation with Turkey. Regardless of the prospect of direct NATO-Azerbaijan cooperation, and the certain proportion of political contribution from Romania aimed at stepping up the NATO-Azerbaijan dialogue, Baku and Ankara forged a strategic agreement in August 2010. Entitled “Strategic Partnership and Mutual Support,” the agreement is a key pillar for developing Turkey-Azerbaijan military ties and for reinforcing trilateral Turkey-Georgia-Azerbaijan strategic cooperation, as formalized in 2012 by the Trabzon Declaration. The strategic convergence of Ankara-Tbilisi-Baku is perceived by Azerbaijani policymakers as an operational mechanism to enhance energy communications and infrastructure security, not as a potential alliance to deter Russia.

The Azerbaijani state is increasingly ambitious to play an extensive role in European energy security, being an alternative to Russian sources of hydrocarbons. Furthermore, despite economic trouble caused by falling oil prices, Baku is progressively fortifying its military capacities in a bid to become a security provider state for the whole region, at the expense of Armenian interests and capabilities to do the same. Armenia, in turn, is seeking to attain the same regional function, as at the height of the Four-Day War earlier this year with Azerbaijan, Yerevan came to understand Moscow’s stance of equilibrium, making a military alliance with Russia and the CSTO framework unreliable for protecting the state’s security interests.