The Specter of Protectionism in America 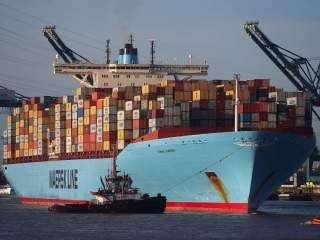 This wild campaign season has raised any number of concerns. Standing high on that list is the widespread popularity of protectionism. This is a dangerous turn in the country’s conversation. History has shown conclusively that the nation’s prosperity depends on a liberal, global trade order. Sustaining it must count as one of America’s clearest and most compelling national interests. Today’s rhetoric and the applause it has received threaten this need. Whether Donald Trump or Bernie Sanders or Ted Cruz or Hillary Clinton carries the banner, an experiment now with protectionism will turn an already disappointing economy into a disastrous one.

Whether from the left of right, too many of today’s candidates are singing a protectionist tune. Here is Donald Trump, “If we want jobs in America, we need to enact my 5-point tax policy […] a 15 percent tax for outsourcing jobs and a 20 percent tax for imported goods. . . .” He would push duties up to 45 percent on Chinese manufactures and prohibit American firms from constructing factories abroad, threatening Ford that if it goes ahead with plans to build a factory in Mexico, a President Trump would impose a 35 percent tax on every car coming across the southern border. Nor is he alone in the Republican field. Huckabee, Santorum and Cruz have all used protectionist language to lambast the Trans-Pacific Partnership (TPP) trade deal. It is hardly upsetting that politicians would criticize the deal. It has many weaknesses. What is upsetting is the language of their critiques.

From the Democratic side, Bernie Sanders brags that he has voted against every single trade deal since he entered Congress. When asked by a journalist if he rejects all efforts to promote trade, he responded, “That’s correct.” He has also signed the Currency Reform Fair Trade Act that would blithely impose tariffs on any country even suspected of currency manipulation. Meanwhile Hillary Clinton has held to the anti-trade position she first adopted during the 2008 Democratic primary campaign. Then, she and candidate Barack Obama competed for who could show more suspicion of international trade. When Obama said that he would “use the hammer of an opt-out to push Canada and Mexico for concessions within the North American Free Trade Agreement (NAFTA), Clinton criticized him for not going far enough, calling for a “time out” on all trade deals. The language was so strident that Canada and Mexico formally rebuked the candidates and the United States.

History makes clear why such talk should terrify. Though from time to time trade protection can help specific groups, it always hurts the broad mass of workers and most firms. All consumers pay for the protection given some by losing access to less-expensive imports and suffering a consequent reduction in their living standards. Unprotected firms pay as well by having to spend more on inputs to their processes. They lose business by failing to deliver products to American consumers at lower prices and seeing their competitive edge in global markets weaken. Their growth slows accordingly, including their ability to create more jobs.

A most dramatic, though hardly the only illustration of protectionism’s ills emerges in the history of the Smoot-Hawley tariffs of 1930. Senator Reed Smoot (R-UT) and Congressman Willis Hawley (R-OR) decided to protect American jobs and American industry from the ill effects of the 1929 stock market crash by building a tariff wall around the economy. Their bill raised duties on 20,000 items by an average of 20 percent (just the number Trump has proposed.) They effectively cut American consumers off from lower-priced imports just when their wages, their job security, and their living standards were already suffering. At the same time, already beleaguered American producers, denied lower-priced imported inputs, cut back still more on their operations than they already had. Redoubling to the pressure, this country’s trading partners retaliated with tariffs of their own, some general and some directed at the United States.

The net effect was devastating. World trade dropped 67 percent in the two years following the bill’s passage. Imports to this country fell 40 percent, which might have helped those sectors competing with foreign products, but U.S. exports fell more, 75 percent, in fact. The tariffs without doubt contributed to the severity and duration of the Great Depression. There is even evidence that they caused it. Before Smoot-Hawley went into effect, the economy seemed to be on the mend from the effects of the 1929 crash. Unemployment, which had peaked at 9 percent of the workforce, declined by June of 1930 to 6.5 percent. After the bill became law, unemployment rose again, eventually verging on 25 percent. Certainly the stock market saw the disaster coming. It fell 10 percent in a single day, on June 17, 1930, the day President Hoover signed the bill into law.

Still the asymmetrical impact of trade seems to give protectionism perennial appeal. The pains of foreign competition acutely impact particular parts of the economy. Affected industries ship job overseas or close down their domestic operations altogether. Either way, working men and women lose their jobs and understandably club together to pressure the authorities to stop the pain, that is trade. The general public, and politicians like Smoot and Hawley, cannot help but sympathize with these troubled workers and look for ways to accommodate their demands.

In contrast to this very visible distress, the benefits of trade accrue far less dramatically but for so many more that they are far more telling. In the past 25 years, the flow of low-priced imports has allowed the consumer dollar to go twice as far as it otherwise would, giving, according to the Peter G. Peterson Institute for International Economics, every man, woman, and child in the country a cumulative increase in living standards of and additional $1,650 and $3,300 a year. Because cheap imports have allowed many domestic producers to expand, trade has created at least as many jobs as it has destroyed. It is difficult statistically to distinguish the general effects of growth from the particular effects or trade, but it is still noteworthy that the United States since 1980, despite foreign competition, has created some 30 million new jobs. Since this average growth rate of 1.5 percent a year is little different that the increases of earlier years, when trade was considered less of a problem, it would seem that the help cheap imports give some producers has at least offset the job losses due to foreign competition.

Such differential effects are evident in the political maneuvering around past protectionist efforts. Illustrating perfectly are the events that surrounded President George W. Bush’s brief flirtation with steel tariffs. Steel producers and the steel unions were delighted, as one would expect, but steel users—producers of appliances, machine tools, autos and their respective unions among them—objected to the heightened cost of steel. These domestic groups, including the United Auto Workers (UAW), which could see both the threat to its membership’s jobs and their living standards, pressured Bush to rescind the tariffs. He responded to this domestic pressure within a year, before the World Trade Organization (WTO) even heard the complaints of the nation’s trading partners.

If the country loses sight of these historic facts, these perspectives, and turns once again to protectionism, as so many candidates today seem to want, all these general benefits of trade will dissipate. Living costs will rise, living standards will fall, and on balance payrolls well shrink. Trading partners will surely retaliate as they did in the 1930s, and have made clear they will do again. This country’s economy will suffer. The popular enthusiasms for trade restraint variously proposed by Trump and Sanders, Cruz and Clinton will turn to pain. Matters may go less far than under Smoot-Hawley in the 1930s, but the prospect of even half such ill effects, or a third, is still something the nation would do well to avoid by either refusing to elect protectionists or by pressuring them to stick to rhetoric and avoid action.