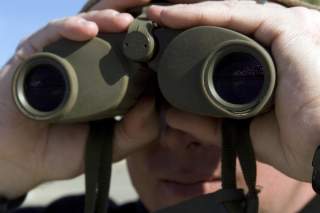 Imagine a country where the internal security service uses a dossier compiled by a foreign spy to justify an investigation into a controversial political figure. It sounds un-American—like the Stasi, perhaps, using dirt dug up by some KGB agent to embarrass a dissident. But today, the spy is British, the security service is the FBI and the target is an associate of Donald Trump. As in the old days, however, investigative innuendo has a funny way of leaking into the press—convicting in the court of appearances individuals who have yet to be so much as charged with anything in a court of law.

The dossier in question was compiled by Christopher Steele, a former MI6 operative, as part of an opposition research campaign begun by anti-Trump Republicans and later carried on by Democrats. It accuses Trump and several other figures connected with him of having improper dealings with Moscow and being compromised by Russian intelligence. According to a CNN report this week, the FBI used Steele’s material late last year in asking a FISA court for permission to wiretap one former Trump adviser, Carter Page.

Anonymous “officials familiar with the process” told CNN that the dossier could only have been employed if the bureau “had corroborated the information through its own investigation,” though the same unnamed officials “would not say what or how much was corroborated.” Page, for his part, told the network, “I look forward to the Privacy Act of 1974 lawsuit that I plan to file in response to the civil rights violations by Obama administration appointees last year.”

The facts are worth reviewing. Page has not been charged with a crime. He has only been monitored as part of an ongoing FBI investigation. That investigation may ultimately find that wrongdoing took place—or it may conclude that there are no grounds to indict anyone. Whenever a trial becomes a press sensation, it’s usually clear that a crime was committed: there’s a body, for example. Not here: there’s no body, and no trial, just a search for evidence. A FISA authorization requires that there already be some material to justify the bureau’s suspicion—but that’s as far as it goes.

In other circumstances, journalists might raise serious concerns here about civil liberties. Opposition research is not intended to be fair—its objective is neither justice nor truth. And spies are professionally paranoid: their job is to anticipate threats, and they’re conditioned to err in the direction of perceiving conspiracies. This is a problem with even the most objective of intelligence analyses. Once politics enters the picture, the urge to exaggerate and reach predetermined conclusions can be overwhelming. Anyone who has studied the good-faith errors and bad-faith abuses of intelligence in the run-up to the Iraq War would be on guard about sensational claims made by a spy-for-hire in the service of a partisan clique.

Steele’s competence and objectivity received close scrutiny in a January report from the Daily Telegraph that revealed him as the author of the dossier. Reporters Gordon Rayner and Patrick Sawyer found that while some former colleagues spoke highly of Steele, others considered him “not top-drawer” and (in the reporters’ words) “a medium-ranked officer of middling ability.” One fellow former MI6 operative, well disposed toward Steele, was frank about the speculative nature of his work: “It seems to me that Chris was careful, as to try and find as many sources as possible to back these stories up, but also to make it clear that these are stories, and that what this intelligence report has at the moment is that it lacks that killer evidence.” Nigel West, European editor of the World Intelligence Review, warned that Steele was “man with a mission” where Russia was concerned, as a result of having once worked as Alexander Litvinenko’s MI6 case officer. There are abundant grounds for caution regarding his claims about the Trump campaign and Russia.

Unfortunately, the FBI and FISA courts cannot be presumed immune to the professional mystique that attaches to a character like Steele: if there’s one thing a career spy knows, it’s how to make a narrative plausible to the officials who are his “consumers,” whether in government or law enforcement or on a secret court. A politically charged narrative that begins as opposition research is sure to get a less skeptical hearing from investigators and judges alike when it comes couched as “intelligence.” But political intelligence is obviously less reliable than the ordinary sort, which itself is far from infallible. When secret courts authorize investigations based on private and political intelligence . . . well, suffice to say that this is a precedent that might alarm a great many in the press, if the target were anyone other than Trump and his associates.

Yet because Trump is at the heart of this story, CNN has been content to take anonymous sources at their word when they say the FBI must have corroborating information—though even they won’t guess what it might be—and an outlet like Salon goes so far as to run a headline declaring outright “Trump’s Russia dossier corroborated.” The dossier has not, in fact, been “corroborated” by anyone—not in any fashion that CNN, Salon, or anybody else can publicly verify. The FBI may have material of its own that tracks parts of the dossier well enough to get a FISA court to permit monitoring Page’s communications, but all of that stops short of confirming that anything in the dossier is true. The most that can be said, as has been known for some time now, is that the FBI has an ongoing investigation into possible ties between Russia and the Trump campaign, with Page apparently being the focus of attention. That’s a story, but not much of one until the FBI arrives at some definite answers. Before that, and short of somebody else finding solid evidence of wrongful activity, there is little more here than speculation and metacommentary.

Were it not for the violent emotions that Trump excites among his critics, this would hardly be a topic of hot coverage. Yet the appetite for Trump scandals is insatiable, and demand for even the thin gruel that the Steele dossier has so far amounted to has been enormous on social media. The cycle of hype has exacerbated U.S.-Russia tensions and works to the advantage of the most ardent hawks in the Republican Party, who may be succeeding at pushing the Trump administration toward further conflicts. The irony would be bitter indeed if the FBI’s investigation led nowhere, but the sensationalist coverage of it led us closer to war.