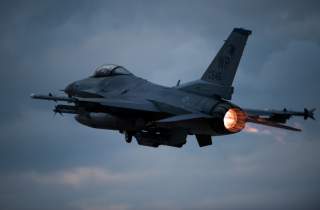 Every week, the Islamic State (IS) makes further headlines with its ruthless behavior. Beheadings, mass executions, burnings and extreme acts of brutality are the methods of a terrorist campaign intended to cow opponents and rally potential fighters. At the same time, the group is fighting a guerilla war against Iraqi forces while engaging in more conventional infantry battles against Kurdish Peshmerga and Free Syrian Army cadres. The many tactics of IS raises the question: which type of war are we fighting against it?

President Barack Obama recently announced his strategy for stopping IS militants, presenting a draft authorization of military force. The debates about his request have used the language of traditional war – which take into account clear geographic boundaries and fully committed allies. This is misguided. There is no single front in this war and the level of our allies’ commitment to the effort varies from place to place. The fight against IS is, in fact, several different wars against the same enemy, with porous fronts that only occasionally resemble contiguous state boundaries.

Therefore, finding the right strategy will require working with our allies in the Middle East to define their objectives and limitations—including an honest assessment of which territories matter enough for them to commit troops on the ground and eventually govern—and build our policy accordingly.

But doing this is hard because some of our basic notions about war mislead us when examining the conflict with IS. Our world map, with its thick black lines winding between countries, was created by wars fought between nations, wars that were usually won by the side with superior weapons and larger armies, who then went on to exert full control over the territory they conquered. So our cultural conception of war – its dynamics and the ways to prepare for and win it – is based in large part on those clashes, with the two World Wars casting a long shadow.

Such a conception of war is historically accurate but dated and does us a disservice when we approach most current conflicts, including the one against IS. Fronts in this conflict are porous and shifting and run along a complex web of political fault lines that only occasionally resemble contiguous state boundaries.

(Recommended: Is China About to Declare War Against ISIS?)

Applying analogies from nation-versus-nation wars can lead us to overlook critical constraints on what the United States can accomplish against IS, constraints that stem not from our vast physical capacity to wage conventional war, but from the interaction of two factors: the essential role played by local allies and the sometimes limited objectives of those allies.

For the last five years, our multi-university research collective, the Empirical Studies of Conflict Project (ESOC), has worked to understand the complexities of subnational conflict, both on the ground and academically. We have assembled micro-level conflict data from nine different countries on political violence and are now working on several other countries. We map territory and study conflict at a very local level, and combine a rich appreciation of local politics with economic theory and large datasets to generate and test clear predictions. We are interested in how policy choices influence trends and outcomes within wars. In short, we bring data driven evidence to hotly contested arguments that have typically been adjudicated on the basis of anecdote.

One outcome of our research is that we can say a good deal about what outsiders can do to help in suppressing threats emanating from IS in Iraq and Syria. ESOC models suggest multiple important steps the United States and its allies can take to create better strategies.

Subnational conflict is not new; there have always been wars that do not operate according to a nation-versus-nation dynamic. For example, in Napoleon’s struggle to control the Iberian Peninsula, he didn’t face one central opponent. Instead, he fought many “little wars” or guerilla wars, as the Spanish called them. Nearly a century later, after Spain ceded the Philippines to the United States, the United States waged a three-year war within this newly acquired territory against multiple insurgent groups. Although this conflict officially ended in victory in 1902, there was sporadic violence for decades afterwards. On the Eastern Front during World War II, Hitler’s armies fought various insurgencies including the Yugoslav Partisans, the Polish Underground State, and the Ukrainian Insurgent Army, which also fought the Soviets.

Recent research by Stathis Kalyvas of Yale University and Laia Balcells of Duke emphasizes the distinctions between symmetric and asymmetric subnational conflicts. Symmetric civil wars involve protagonists of roughly equal capacity and are fought mostly over territorial control. In the latter stages of the Vietnam War, for instance, combatants fought along well-defined fronts as in international wars, with victory usually secured by a combination of superior weaponry, numbers and strategy.

But symmetric conflicts account for a minority -- 46 percent according to Kalyvas and Balcells -- of subnational conflicts. Every war the United States has fought in since the Korean War, except for the first Gulf War, has been an asymmetric, subnational conflict. This will likely remain the case for the foreseeable future due to American technological and geopolitical superiority. In asymmetric wars, the struggle is not over territory. The stronger party can seize territory whenever it wishes to do so. Rather, the struggle is over holding and administering territory.

Consider Iraq from 2004 through 2010, when Coalition forces and their Iraqi allies had massively superior conventional, military capacity. Whenever insurgents could enlist the support of the population, they could move forces, acquire weapons and conduct attacks with roadside bombs and other improvised devices. This prevented the Iraqi government from consolidating control. However, whenever civilians accurately cooperated with governments in identifying insurgents, it was relatively easy for the Coalition and Iraqi government to act on this information. In such cases, victory requires a flow of accurate information provided by civilians.

The primacy of information is one lesson we have learned from our research at ESOC. A second important lesson is that in asymmetric wars, small shifts in the flow of information can achieve significant results. These shifts are triggered by small day-to-day, operational changes and not massive political events.

Game theory gives us a way to model complex interactions, assign different motivations to separate actors, and then test predictions using real-world data – methods that have proved useful in disciplines from economics to computer science to evolutionary biology. In a 2011 paper, we constructed a model of asymmetric conflict with three players: rebels, community and government. The government seeks to reduce rebel-initiated violence through force and by providing services that win civilian loyalty. Rebels seek to impose costs on government by attacking it. The community seeks to maximize its own well-being either by sharing information about rebels with authorities – thereby helping deliver territorial control to government – or by refraining from doing so.

This model predicts that insurgents will produce violence up to the level where the community suffers so much that it then decides to align with the government. We have seen this played out in reality.

During a raid near the Iraq-Syria border in 2007, Coalition forces uncovered a trove of internal documents revealing the local strategy of al-Qaeda in Iraq (AQI). The documents clearly portray an organization trying to determine the limits of violence that the community will tolerate when planning its attacks. After an AQI operative assassinated local tribal leader Sheikh Nasr al-Fahadawi, leaders issued a memo with instructions to kill more carefully lest their assassination campaign provoke resistance. The memo advised AQI members to “leave no evidence after the killing and bury [the victims] in far-away places and not like what we did with Nasr al-Fahadawi in front of the people.” Additionally, a 2004 AQI announcement attempted to curb looting from locals with a vow to “expel those who allow themselves to exploit the blood or the money of the Muslims.” This and other announcements showed AQI’s willingness to give up a measure of secrecy and security in order to win over a skeptical public.

Our model generates a number of hypotheses about how to improve information flow. The focus of our 2011 paper was aid spending – whether, how, and in what amount aid can win the “hearts and minds” of civilians, as has been the aim of many campaigns since the Cold War. Previous studies have found that, broadly speaking, aid may stoke insurgent violence. However, extremely detailed administrative data recorded by the U.S. government and allies and reconstructions of spending in Iraq show that smaller projects delivering targeted public goods to communities reduced insurgent violence. This has been especially true since the “surge” began in 2007, because it increased the ground presence of development experts. While these projects were too modest to have large effects on the level of employment, they could have well increased information flow. A key implication of our model was validated: low-profile aid, targeted so as to lessen the odds it will be captured by rebels, can push the community over the tipping point into sharing information with the government.