The Tension Between What the Army Is and What It Does 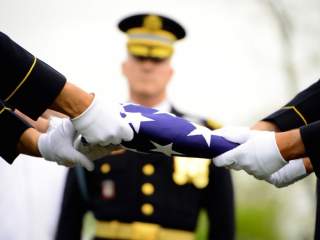 What is the heart of the United States Army?

Is the U.S. Army’s heart about cooperation and integration into one army made up of its three major component parts—the Regular Army, the Army National Guard and the Army Reserve? Or is the heart of the Army fundamentally about fighting power and effectiveness?

The National Commission on the Future of the Army (NCFA) recently released its much-anticipated report to the president and the Congress. The NCFA took a stand in answering this question by emphasizing the absolute importance of the Army’s three components becoming one total force. Although the commission comes down on the side of one total force, it argues that doing so will enable the Army to be an effective fighting force as well.

The commission’s report thus manifests a tension between what the Army is—the relationship between its three components—and what the Army does—provide effective forces to fight the nation’s wars.

Cooperation and integration of the Army’s three components is important, but what’s most important is effectiveness in war—as demonstrated by the power to defeat America’s enemies in sustained land combat—and the key to that is trained, properly organized and ready forces. If that means using a combination of the three components in one total army, then so be it.

Interestingly enough, this tension goes back to the founding of the nation and has played out over time. George Washington understood the tension. In 1783, near the end of the American Revolutionary War, he recommended to Congress that the Army should be centered on a small but highly trained and professional Regular Army. In Washington’s eyes, the militias of the several states (civilians who either through compulsion or volunteerism gave part of their time in military service to the states) were very important because they could provide either individuals or units—assuming they were properly organized and trained—to become federal assets and expand the Army in times of war and crisis.

In the century after Washington, Army reformers were split on the value and role of the militias and the Regular Army. Secretary of War John C. Calhoun and later Major General Emory Upton believed that an effective land defense must be centered on the Regular Army and its ability to expand its own ranks. In their view, the militias played no important role, because they were unreliable as an effective reserve force in war. Others argued the opposite. Civil War volunteer and Union Army corps commander Major General John A. Logan contended that the Army’s effectiveness came from the “civilian-soldiers” who sprang to arms when the country needed them.

In the twentieth-century, the Army’s pursuit of an effective and ready fighting force continued. Influential thinker Brigadier General John M. Palmer argued for a relatively small Regular Army and a National Guard as a nucleus for a mass citizen-based war-fighting force built with conscription. His thinking was informed by U.S. experience in World War I and fit well with the requirement for a very large force in World War II.

Effectiveness remained the heart of the U.S. Army in the second half of the twentieth century.  Following the Vietnam War, Army chief of staff General Creighton Abrams moved combat and support force structure to the Army Guard and Reserve to maintain a sixteen-combat division Regular Army. For Abrams the “total” or “one army” was a means to achieve fighting power—in this case, the ability to field sixteen divisions for the Army—and not an end in itself.

Thus, the history of the American Army is not about “one” force focused on the equities of its component parts; rather, that history is focused on the struggle to produce the most effective American Army possible. In theory and in practice, it was less important whether that Army was centered on the Regular Army, or the militias of the several states, or the army reserve components, or some combination of each.

To the extent that a more integrated and cooperative Army makes it more effective before a conflict, then the NCFA's emphasis on integrating components into one Army has value. However, the many recommendations that the commission’s report offers should be tested against the standard of battlefield effectiveness. If they pass that test, then adopt them.

But if some recommendations don’t pass that test—regardless of whether they promote Army oneness—then they should be jettisoned lest they needlessly waste lives and scarce resources.

Shortly after assuming command of American combat forces in Korea in 1950, Lieutenant General Matthew Ridgway explained what he understood to be the primary purpose of an army: “to be ready to fight effectively at all times.” Ridgeway, like George Washington and others before and after him, had it right: The heart of the U.S. Army is effectiveness in war—achieved by properly organized, trained and ready units.

Gian P. Gentile is a senior historian at the nonprofit, nonpartisan RAND Corporation. He is currently working on a history of American military policy from the Constitution to the present.