The Triumph of Geopolitics 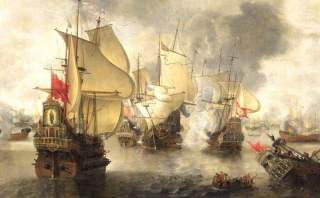 THOUGH HISTORIANS know about the vast difference between the early modern world and the modern world, journalists and policymakers are often confused about the distinction. But the distinction is crucial, and grants an insight into where human society might be headed next. The early modern period is often popularly defined as beginning with the Renaissance and ending with the Industrial Revolution. The modern period begins after that. A key to early modernism is how it generated identities far more multiple and elastic, and, therefore, benign compared to those wrought by the ethnic straitjackets demanded by modern nationalists. Indeed, the main point of the late Harvard professor Samuel P. Huntington’s The Clash of Civilizations and the Remaking of World Order—a book that everyone owned an opinion about, but that few actually read—is that political identities based on culture and civilization are not primordial, but integral to the very process of modernization. Yet, if modernism is itself just a stage, are identities—despite the headlines of sectarian war and the conflict between Islam and the West—moving imperceptibly in the direction of something more flexible? Might the early modern era offer a relevant and more hopeful guide to the future?

Arguably the most accurate and finely shaded view into Europe’s early modern past has only recently been published: Noel Malcolm’s Agents of Empire: Knights, Corsairs, Jesuits and Spies in the Sixteenth-Century Mediterranean World. Malcolm is the definitive academic historian: a research professor at All Souls College, Oxford, intimidatingly multilingual, a trained archival detective and a fiercely engaging writer. He knows that the art of biography is to illuminate the entire period in question and can write a rich portrait of a country encompassed within a smartly drawn geopolitical panorama. Agents of Empire, which is roughly about the contest for supremacy in the Adriatic and the eastern Mediterranean between Venice and the Ottoman Empire in the late sixteenth century, is a “microhistory” of a family within an encyclopedic, almost Proustian, vision of early modern Europe. Malcolm is writing academic, not popular, history. Emotions don’t bleed off these pages: you are told only what the archives and other records reveal. The result is a dose of dryness combined with extreme erudition—the mark of the true academy.

Ulcinj, located on the Adriatic Sea in the far south of Montenegro, close to Albania, is where Malcolm’s narrative begins. Originally Illyrian, Ulcinj fell to the Romans, Byzantines and Slavs before coming under Venetian rule in 1405 and Ottoman rule in 1571. Of course, Ulcinj still mattered greatly to Venice in the sixteenth century because it stood on a vital frontier. For here was the messy Venetian-Ottoman borderland of periodic atrocities, where clan conflicts mattered more than religious ones, even as Christians fled the Ottoman conquest. Nevertheless, the Ottoman conquest fashioned subtle changes, not an upheaval. As Malcolm writes:

“It may seem that an alien element took over at every level. . . . This impression is false. With a few exceptions (soldiers, and some others), the Muslims were not immigrants brought in from distant Islamic territories; they were local Albanians who happened to convert to Islam. Reasons for conversion were various, and in many cases probably had more to do with advancing one’s social and economic position than with any religious concerns.”

In other words, yes, there was in fact a clash of different empires with different religions, but it was more complicated and less stark than meets the eye. The Ottoman Empire was still an important source of grain for Venice. There were long periods of peace between the two empires, when Venice used the Muslim Ottomans as a source of pressure upon rival Catholic city-states in Italy. “Venice even made arrangements,” as Malcolm meticulously puts it, “with the sancakbeyis of Bosnia to employ Croatian light cavalry to supplement its own stradiots.” Furthermore, “Venice was the only power whose naval policy was primarily concerned with the protection of trade routes; and since the trade in question was with the Ottoman Empire, the usual policy involved cooperation, not conflict.” There is an even larger point here: that geopolitics, because it is somewhat refreshingly amoral, stood above bloody religious clashes. For example, Catholic Poland could live with the Ottoman-ruled Romanian principalities, “but it could not accept the idea of their becoming clients and creatures of the [fellow Catholic] Habsburgs.” Moreover, there was the “overriding determinant of Ottoman policy” in Europe in this period, which was the struggle against fellow-Muslim Persia in Asia, that further encouraged—along with the Ottoman hold over Syria and Egypt—the sultans’ desire to dominate the eastern Mediterranean and Cyprus in particular, which only in turn, helped bring them into rivalry with Catholic Venice.

But nuancing does not lead to airbrushing in this book. For this is as complete account of a period and a particular geography as one can reasonably imagine. The author recounts the nastiest sides of the Venetian-Ottoman rivalry, such as the dispatch by the sancakbeyis of the Balkan interior of irregular forces to burn villages and seize livestock in order to make life utterly wretched for the Venetians and their subjects, whose slither of a coastal empire on the eastern Adriatic was particularly tenuous and subject to Ottoman whims. On the other hand, owing to the rugged terrain of Albania, Ottoman attempts at administration in this part of the Balkan interior encountered stiff martial resistance, so that while the Ottomans could destroy an existing power structure in Albania and its environs, it failed at constructing a new and pliant one. (Sometimes the anarchy originated on the coast itself, as when the Uskoks, based in the port of Senj in Habsburg-ruled Croatia, launched raids into Ottoman territory.)

And it is the Ottoman Empire that Malcolm is talking about, not the Turkish one, even as “Ottoman” and “Turkish” are in many cases synonymous. But because they are not interchangeable in many other cases—given that the Ottoman Sultanate was a rich and cosmopolitan confection of different cultures and even religions, with many different kinds of self-governing polities and non-Turkish cliques (Bosnian, Albanian and so on) within it—at least the current generation of academics do not mix or confuse the two. As Malcolm tells us in one of many revealing asides, the “upper reaches” of the Ottoman administration included “many ‘renegades’ (converts to Islam), from Italy, Croatia, Hungary, Austria and elsewhere, whose native language and mental formation were Western.” This whole “system of government, taxation and military organization” made the Ottoman Empire in the fifteenth and sixteenth centuries “the envy of Western Europe.”

Malcolm captures the internal workings of this world in needle-point detail, covering the volumes of diplomatic memoranda at the heart of the story and all the subsidiary subjects at the edges of it, including long disquisitions on corsairing, the grain trade, galley construction, disease outbreaks, the ransoming of slaves and so forth. He so dominates the subject that all any reader can do is to submit in awe, learn and experience what real expertise is about.

However, Malcolm’s gifts, particularly in searching out archives, are not centered on the larger social, military and geopolitical canvas, but on the Bruni and Bruti families of Venetian-Albanians, who inhabited a world of connections and status at the borderland of Venetian and Ottoman power around Ulcinj, where the Italian and Slavic languages were used almost interchangeably. “The Brunis and the Brutis,” Malcolm writes, “were genuine linguistic and cultural amphibians. And that . . . was essential to their success in the wider Mediterranean world.” This extended family included a Catholic archbishop in the Balkans, the captain of the papal flagship at the Battle of Lepanto, an interpreter who worked for both the Venetians and Ottomans, and a member of the Spanish spy network in Istanbul who later became chief minister of Moldavia. (Gasparo Bruni himself owed loyalties to Venice, the pope in Rome and to the king of Spain.)

It is here that Dubrovnik (also known as Ragusa) comes into the picture. A storied, semi-independent city-state north of Ulcinj on the Adriatic’s Dalmatian coast, Dubrovnik functioned as an intelligence hub and communications center between East and West during the second half of the sixteenth century. Dubrovnik’s wealth came originally from being the export center for lead, silver and other commodities originating in Bosnia, Kosovo and elsewhere in the Balkan interior. Because it was virtually enclosed by Ottoman territory, Dubrovnik could not resist the sultans militarily, even as it depended on the Ottoman Empire for food. But partly because it was such a reliable supplier of intelligence to Istanbul, Dubrovnik was not required to supply soldiers to the sultanate or assist the Ottoman soldiery in any substantial way. Dubrovnik represented the ultimate ambiguity: “a Christian state nestling on the edge of Ottoman territory, practically autonomous but regarded by the Sultan as part of his empire.”

History is about filling in the blanks with pure research, not with speculation and novelistic touches. In this case, what Malcolm brings densely alive is a continent in which vast Muslim armies operate deep inside the Hungarian heartland of central Europe. And yet it is a continent simultaneously engaged in the most complex of amoral geopolitics extending to the Near East and thus triumphing, however tenuously, over civilizational clashes.