The United States Can Be a World Leader in AI. Here's How. 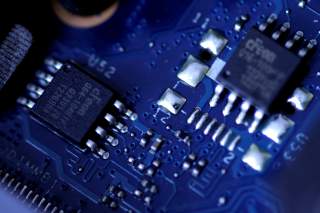 The artificial intelligence (AI) revolution is upon us. Artificial general intelligence—machines that could perform the full range of intellectual tasks better than humans—are still far off. But narrow AIs built to do specific tasks better than humans are proliferating. We interact with them daily, whether in the form of smartphone apps, self-driving cars or drones. Nations are already jostling for advantage. As Russian President Vladimir Putin said last month, “Whoever becomes the leader in [AI] will become the ruler of the world.” Some are more cautious. SpaceX and Tesla CEO Elon Musk tweeted a response to Putin: “Competition for AI superiority at national level [is the] most likely cause of WW3.”

Industrial revolutions are historically periods of massive change. They start with a revolution in production. The first states to capitalize on those revolutions are often the ones with access to critical resources. In the eighteenth-century, confronted by rising wages, British innovators sought alternatives to human labor. The steam engine was just such an alternative—but it needed fuel. Fortunately, Britain sat atop massive, easily-accessible coal reserves, which went on to fuel the first industrial revolution.

What will fuel the AI revolution? Three resources are critical: data, people and ideas.

If artificial intelligence is the engine powering the new industrial revolution, data is its fuel. Machine learning algorithms need to learn from large datasets. This poses a few dilemmas to states trying to capitalize on the AI revolution. Data is not distributed evenly worldwide. China is expected to be home to 20 percent of the world’s data by 2020, by virtue of its massive population and its citizens’ increasing use of smart technologies. This may give China a strategic advantage over competitors. The more data available, the more opportunity there is to train machine learning algorithms.

Access to data is not only a technical problem; it’s also a policy issue. People are leaving behind an ever-growing data trail as smartphones, social media, wearable devices and internet-enabled cars and household items become more commonplace. Who owns this data? Who can access it and for what purpose? Regulation should balance privacy concerns with the need to make data available for AI innovation.

For example, a McKinsey study found that AI integration into healthcare could save the United States $300 billion annually. But that would require allowing more companies access to consumers’ personal health information. Different governments might balance these tradeoffs in different ways. China’s new national AI strategy emphasizes “military-civil fusion,” using commercial advances to spur military improvements. This would imply that China’s military will be capitalizing directly on—if not using—data produced by consumers as it improves its own efficiencies.

Because of its central role in enabling machine learning, data could fast become a strategic resource for competition, like oil in the era of the internal combustion engine. Nation-states and corporations could engage in data poisoning or outright data theft to undermine competitors. They could also create synthetic data to train machines, or watermark their own data to ensure its integrity.

Data alone isn’t enough, though. AI companies also need access to top human talent to design better algorithms and identify new ways to use AI technology. Top-level talent is a scarce resource. A country that attracts innovators early on can deny other countries access to those inventors, making the contest for talent another critical area of competition. This is not a new phenomenon: some of America’s greatest inventors during the second industrial revolution came from abroad. Alexander Graham Bell and Nikola Tesla were both European immigrants. Similarly, refugee scientists fleeing Nazi Germany played a major part in the U.S. Manhattan Project to create the first atomic bomb. Incentivizing the world’s best minds to come to America to work on AI may prove a significant advantage once more, especially this early in a new industrial revolution.

It’s not enough, however, for the United States to secure the right data and people if it wants to emerge as an AI pioneer. The United States must also figure out how best to use these resources. So much of AI innovation is occurring in the commercial domain that it may prove difficult for any state to maintain a monopoly on a particular form of AI technology for long. In that case, how states choose to use AI-enabled technologies may prove decisive in determining not only which nations rise to the top economically, but which are best positioned to compete politically and militarily.

Take Russia, for instance. As our colleague Gregory Allen writes, Russia is not well-positioned to lead in AI basic research breakthroughs. Russia is, however, uniquely well-positioned to use AI technologies in ways that other countries won’t. For example, the Kremlin has long used information operations to disrupt politics in countries that it deemed a threat. In more recent years, it has used automated tools to design social engineering attacks and steer debate on Twitter. The United States has been hesitant to do the same. But new AI applications may make information operations even harder to stop. For instance, AI is making it possible to forge hyper-realistic videos, audio and images. These tools of forgery, combined with armies of social media bots, could allow Moscow to disrupt U.S. politics, for instance, by pushing fake videos of a candidate disparaging their constituents or making hateful remarks. In a world where forging is easy, the truth becomes ever more elusive.

The AI revolution has only just begun. But already it is clear that it will test the creativity, resourcefulness and determination of all aspects of society if the United States is to emerge a global leader. To succeed, U.S. policymakers must start now to understand and build on the key elements of national power in an era of artificial intelligence.

Alexander Velez-Green (@Alex_agvg) is a research associate with the defense strategies and assessments program at the Center for a New American Security (CNAS). Paul Scharre(@paul_scharre) is a senior fellow at CNAS and author of the forthcoming book Army of None: Autonomous Weapons and the Future of War, to be published in April 2018. More information on the CNAS Artificial Intelligence and Global Security Initiative can be found at cnas.org/AI.

The Center for a New American Security is hosting the Artificial Intelligence and Global Security Summit to address these challenges and more on November 1, 2017. This will be available to the public via livestream at www.cnas.org/live

Image: A computer's motherboard is seen in this illustration photo June 21, 2017. REUTERS/Thomas White/Illustration​