The Upside to a Weak Dollar: Stable Oil Prices 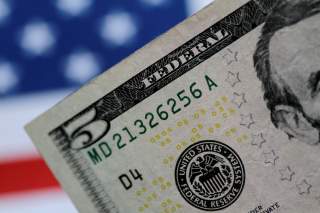 The International Monetary Fund has caught up to the global growth story. In its latest update, the IMF stated that the global economy was poised to grow at a pace last seen in 2011 about 4 percent. That is not something to take lightly. This is the eighth year in the recovery and 4 percent is an acceleration. That is incredible.

It is worth taking a moment to figure out exactly what it means to have global growth in the 4 percent range. First, it is worth pointing out that this clip of growth is similar to—or even faster than—the growth seen in the 1990s. Global growth in the 1990s (using the IMF’s data) averaged about 3.3 percent. The projected growth in 2017–2019 is above the norm for the past couple decades. The growth should also feed off of itself and last through next year. One takeaway: Enjoy this growth, it is not the norm even in the roaring 1990s.

Interestingly, the IMF did not emphasize the higher and stable oil prices in their outlook. That is somewhat strange given its importance to the global economy. Many emerging countries rely on commodities to finance their economic expansion and spur growth. Without the stability in the current oil markets, it would be difficult to expect the type of growth the IMF is anticipating.

The IMF stated that it was upgrading the United States’ economic outlook (and therefore the World’s outlook) because of tax reform. While somewhat of a “no kidding” moment, it spotlights how meaningful tax reform may be for U.S. growth. Not to mention, there are a number of reasons to suspect that the 2.7 percent growth projection for the United States is too low, and a figure north of 3 percent is a possibility. And a U.S. economy growing at a pace of more than 3 percent would push the global pace to more than 4 percent. European and Japanese growth expectations are also impressive, and there may well be upside risks to those forecasts as well.

And this is the interesting part about the IMF assessment of global growth. When global growth is strong, there is a tendency for oil demand to be strong as well. Growth requires energy, quite literally. Growth has a stabilizing effect on the price of oil and moderate oil prices stabilize the global economy. It is a positive, self-reinforcing mechanism. It should not be underestimated.

The consequences of renewed U.S. oil dominance are multifaceted. Certainly, higher oil prices will induce more production in the United States, and, in turn, this may push prices lower. This is not a new phenomenon. For the crisis, the United States has acted as a regulator on energy prices by adding supply to the market as prices rose. But this time might be different. This time there is accelerating global growth.

If U.S. shale producers are likely to open the taps, can the price of oil remain at $60–$65 per barrel? The short answer is yes. However, it takes a couple of things. The aforementioned economic growth is a vital part of the equation. Accelerating U.S. and European economies can drive significant demand growth and consume the incremental barrels of oil produced.

It takes something else—a weaker dollar. The dollar is the world’s primary reserve currency, and this comes with some benefits. But it can also be a problem for oil prices.

The key here is that a stronger dollar makes oil more expensive because it is sold in dollars. Imagine a 10 percent fall in the value of the euro, say from 1.00 to .90. If the price of oil were $50, the price rose from 50 to 55.55 euros. That might not seem like much, but it could be enough to dampen demand.

And the opposite happens when the dollar falls and other currencies strengthen. With the dollar falling 10 percent over the past year, the current surge in energy prices does not translate fully to other large consumers like Europe completely. The rise in the value of their currency cushions it somewhat.

For the U.S. economy, a resurgent oilfield solidifies the positive economic outlook. The last time the United States saw robust growth was when oil was $100 in 2014. Oil is a long way from that today, but the amount of capital expenditures should begin to pickup, a positive for U.S. growth.

Ten million barrels a day is a positive for growth in the United States. But it also stabilizes global growth. A weaker dollar should provide some support to maintain oil prices at current levels. In the end, moderate oil prices are a good thing for the United States and global economy. An already strong United States will be even better than expected in 2018.