The U.S. Air Force May Be Holding up the Creation of an Effective Space Force 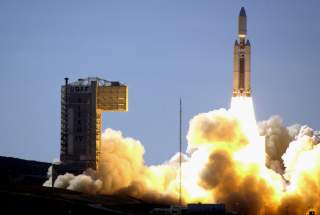 In recent days, both the House and Senate have approved different versions of the 2018 National Defense Authorization Act. With regard to defense/military space governance, there is a huge difference in how the two chambers view the solution. The House proposed the establishment of a new branch of military service, the U.S. Space Corps, to be aligned under the Department of the Air Force. The Senate, however, calls for the establishment of a new Chief of Information Warfare Officer for Cyber Security/Warfare, Space and Space Launch Systems, Electronic Warfare within the Department of Defense (DoD) and prohibits any funding for the proposed Space Corps.

Earlier this month, my perspectives on this topic were shared in an essay questioning if space is the last national security frontier. In short, the creation of a U.S. Space Corps, while a realignment of the U.S. Air Force, does not truly resolve defense acquisition problems or our joint military shortcomings. The Principal DoD Special Advisor (PDSA) must be redesigned and moved directly under the Office of the Secretary of Defense (OSD). The only way the Space Corps will resolve both military shortcomings and acquisition problems is if it is an integrated joint venture among all the military services and not monopolized by one service.

National security leaders must evolve the U.S. Air Force’s mentality about space because their focus on space for space’s sake is to the detriment of the joint force focused on a holistic array of hybrid terrestrial conflicts in which space plays an integral role as the newest warfare domain. The U.S. Air Force needs to come to terms that space is a separate domain and not an extension of the air domain: “The Air Force’s current dominance in space is from short-term institutional convenience and an outdated altitude-based perspective.” It is high time that space be better integrated into joint planning and operations especially throughout all combatant commands.

The PDSA and the U.S. Air Force inadequately serve as the executive agent of space to the DoD and joint force. One of the persistent issues is the inability to understand other service’s space requirements in support of their warfighters. A redesignated PDSA, within the OSD, must take a total force’s perspective reflective in its jointness among in leadership roles and ranks which the last year of the U.S. Air Force’s “joint” space working groups only paid lip service to doing. In addition, all the other OSD roles dealing with space need to be elevated as an Under Secretary of Defense for Space (USDS) to create strong unity of effort for space-related policy matter. However, that position can and should not be a catch all for other cool topics (e.g., cyber and electronic warfare) that are peripherally space-related. There might also be necessary to resurrect the U.S. Space Command to drive space integration across the services and joint environment where interoperability is key.

Interoperability also involves revisiting how we treat space secrets. Space secrecy is no more complicated than our special forces’ counterterrorism discourse, which we find ways to share across the U.S. interagency, with the public and even our allies. Like I mentioned in my previous essay, way too much crucial information is unnecessarily classified within silos of special access programs. Discussions about space strategy, threats and opportunities needs to become more accessible especially if/when space becomes more commercialized and increasingly inclusive of other national assets. The place to start is within the White House’s newly-resurrected National Space Council, which must and should include space participants explicitly from each of the national, defense, military and even commercial stakeholders.

Mir Sadat, PhD, is a naval officer currently assigned to the Chief of Naval Operations’ Space Team. His opinions are his own, and do not reflect the official policy or position of the U.S. government or any of its Departments/Agencies.