The U.S. Army Is the World's Most Lethal, For Now 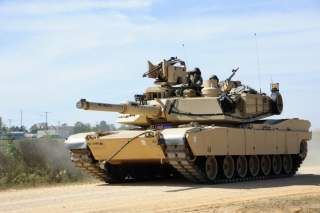