The U.S. Fed: Stuck in Neutral? 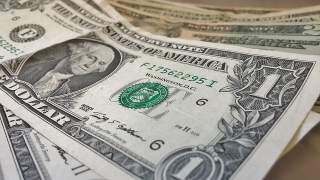 There is always an ideal. For the Fed, the ideal is the neutral (or natural or equilibrium) rate of interest. The neutral interest rate can be defined as the Fed Funds rate consistent with an economy operating at its “potential.” And this—somewhat odd—economic guide may become an increasingly important data point for those watching the Fed’s policies closely.

The data shows that the policy neutral rate has been declining since the 1960s (with a slight uptick during the booming 1990s). A more accurate tagline might be “Still Stuck in Neutral.” One major bond house recently called this “The New Neutral.” But a declining neutral rate is anything but new.

Typically a long-term indicator that is slow to change, the neutral rate can be affected by the same demographic and technological trends that affect the broader economy. A simple way to think about the neutral policy rate is as the sum of potential GDP growth and the Fed’s inflation target (with potential GDP being the maximum level of output with a stable inflation rate). Global economic forces—such as the monetary policies of foreign central banks—can affect the neutral rate as well.

The current president of the Federal Reserve Bank of San Francisco, John Williams, is a leading thinker on the topic, and his work shows that the natural rate has been declining for quite some time with about 50 percent of the decline attributable to lower potential growth. In other words, since the United States will grow more slowly, the neutral rate of interest moves lower.

Interest rates do not live in a vacuum, and the United States does not have the potential growth it once did. The Congressional Budget Office (CBO) estimates potential real GDP growth to be around 2 percent between 2015 and 2025. Interestingly, the FOMC’s own projection for real GDP growth in the long run is 2 percent. Both the Fed and the CBO have seen their estimates fall over time.

Part of the recent slowdown in potential GDP is due to lower productivity. And since the global economy just enjoyed a surge in productivity from the IT revolution, it should not be surprising that productivity has slowed. A slowing in the growth of the labor force would push potential GDP growth even lower than the current estimates—the CBO currently projects potential productivity growth at 1.6 percent and labor force growth at a half percent. This would be reduced by several factors, including lower labor-force participation. It is not hard to imagine one or both of these numbers being revised down to show slower potential growth.

Inflation, the other critical component of the policy neutral rate, has not been a concern to Fed officials. There is little evidence of significant upward pressure on prices, and now there are questions being raised as to whether the Fed’s 2-percent inflation target is high enough. The Fed talked about the neutral (equilibrium) interest rate at its April policy meeting, where

“some participants reported that their estimates were currently unusually low by historical standards, reflecting, for example, factors weighing persistently on aggregate demand… One participant suggested that, in part because of the evidence that the equilibrium real interest rate was low by historical standards, the Committee should discuss the possibility of increasing its longer-run inflation objective.”

Remember, the neutral rate is a longer-term indicator, and one that changes slowly. With the Federal Reserve attempting to guide markets off a bottom in rates, this may become their new “this time is different” tool for guiding markets about the future path of rates.

Since the neutral rate has fallen over the past several years, the eventual top of the coming rate-hike cycle should be lower. But the steepness of the path of hikes also matters, and expectations are important. The FOMC projects inflation will be below the 2-percent mark for some time, and long-run GDP estimates continue to trend downward (not to mention that falling potential growth makes current monetary policy “tighter” than it would otherwise be).

In discussing where neutral is, where the hike cycle should end, and how long it will take to get there, the Fed seems to be developing a couple new tools for controlling expectations about the future of this rate-hike cycle. Neutral has been falling for decades. There is a distinct lack of inflationary pressures, and we are unlikely to see any material increase in potential GDP, which faces the demographic headwinds to the labor force and persistently sluggish productivity.

The path of hikes, as the Fed’s Fischer recently confirmed, will be central to understanding policy. Since the neutral interest rate has moved lower, bouncing off zero will be a normal, possibly frequent, occurrence.

With less potential and a slower path, the guidance around the path of rates, and the requisite chatter about the data dependence could become one of the Fed’s most important tools this cycle. And in this case, the Fed being stuck in neutral may not be so bad after all.