The U.S., TPP and Taiwan 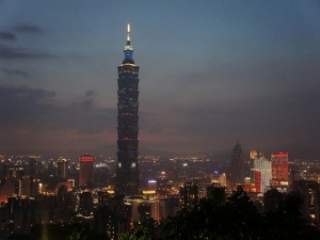 As President Obama travels throughout Asia this week to revive his stalled pivot there, he should pay special attention to Taiwan—a country that, in recent years, has quietly but steadily drifted deeper into China’s orbit.

The U.S. military commitment to Taiwan has historically been strong. The Taiwan Relations Act, passed by Congress in 1979, requires the United States to provide Taiwan with weapons “to maintain a sufficient self-defense capability.” In 1982, President Reagan made the “Six Assurances” to Taiwan, including that the United States would set no date for ceasing arms transfers to Taiwan and would not consult with China before making such sales. Since 1990, the United States has approved over $44 billion of arms sales to Taiwan. In 1996, President Clinton sent two aircraft-carrier groups to the Taiwan Strait after China test fired missiles there to intimidate Taiwanese voters before their presidential election. Departing from the “strategic ambiguity” that cloaked previous administrations’ positions on the issue, President Bush stated in 2001 that if China attacked Taiwan, he would order “whatever it took” to help the island defend itself.

But recently, Taiwan has had reason to question the U.S. military commitment. First, Taiwan has observed America’s fecklessness regarding missile defense in Poland and the Czech Republic, Russia’s invasions of Georgia and Ukraine, and Syria’s use of chemical weapons against its own citizens, and has concluded that U.S. red lines and security promises carry less weight. Second, Taiwan has seen the United States respond tepidly to Chinese aggression in the region, such as China’s assertion of control over disputed waters, islands, and airspace. Third, Taiwan is aware of America’s reduced military spending and plans to downsize its Navy, which will make it harder for the United States to project force into Asia. Fourth, U.S. weapons transfers to Taiwan have slowed. From 2004-2007, the United States delivered $4.3 billion worth of arms to Taiwan, but that figure dropped to $2.9 billion in 2008-2011. And since September 2011, the United States has not publicly transferred any new weapons to Taiwan—the longest period of inactivity since 1990.

Meanwhile, China has significantly beefed up its military capabilities. Its declared defense budget, the second largest in the world, has increased, rising to nearly $132 billion in 2014—a 12.2 percent increase from 2013. These funds have been used to strengthen China’s offensive capabilities, including the development of missile-firing drones, anti–aircraft carrier and antisatellite missiles, work towards fifth-generation stealth fighters, and an aircraft carrier. Taiwan’s defense ministry recently warned that by 2020, China will be able to invade Taiwan and fend off U.S. forces seeking to intervene.

Faced with the prospect of a stronger China and a less reliable U.S. partnership, Taipei appears to be pursuing a détente with Beijing. Since Taiwanese president Ma Ying-jeou was first elected in 2008, Beijing and Taipei have reached twenty-one agreements covering, among other things, economic and cultural cooperation. Annual cross-strait trade is approaching $200 billion—up almost 100 percent from 2008. Indeed, 40 percent of Taiwan’s exports (29 percent in 2010) and 80 percent of its foreign investment (below 50 percent in 2004) go to China. President Ma increased the quota of mainland visitors to the island by 50 percent and the number of direct flights between the two has risen almost 25 percent. Taiwan had a muted response to China’s unilateral extension of its Air Defense Identification Zone across most of the East China Sea, including swaths claimed by Taiwan. And this past February, government representatives of China and Taiwan held their first official talks.

But Taiwan’s strategy of cozying up to China entails significant risk. China remains vehemently opposed to Taiwanese independence, and in the future may decide to reignite the flames of anti-Taiwanese nationalism to distract from its own slowing economy. Indeed, although less than 12 percent of Taiwanese support immediate or future unification with the mainland, and Taiwanese demonstrators recently protested for weeks a trade services pact with it. China has not renounced the option of forcibly claiming Taiwan. China’s military spending is thus primarily focused on preparing for potential conflict in the Taiwan Strait, including by developing weapons meant to deny the United States access there. And since President Ma took office, the number of missiles China is pointing at Taiwan has increased to over 1,500 and China bases nearly 500 fighter jets within striking distance of Taiwan.

Taiwan knows all of this. In the absence of clear commitments from the United States, however, it feels it must hedge by exploring détente with China.

If the United States wishes to fully reassure Taiwan and other nervous Asian allies, it will ultimately have to take steps to restore the credibility of its regional security commitments. But meanwhile, other levers are available to the United States that can present Taipei with alternatives to deepening ties with Beijing.

One lever is the Trans-Pacific Partnership (TPP)—a free trade agreement that is being negotiated amongst twelve Pacific Rim countries, including the United States, Japan, Vietnam, and Australia. It aims to promote economic growth through investment, trade, and job creation. Indeed, the twelve countries currently negotiating the TPP account for approximately 40 percent of global output and over one-third of world trade. And given that exports make up 70 percent of Taiwan’s economy, increased trade with TPP countries would reduce Taiwan’s reliance on the Chinese market. Moreover, Taiwan’s accession to this international agreement would bolster Taiwan’s sovereignty claim. Finally, TPP membership will help Taiwan deepen ties with other signatories and provide momentum for Taiwan to conclude new free-trade agreements that it is considering, including with India and the Philippines.

TPP accession is not an immediate prospect for Taiwan. The TPP negotiations already involve an unwieldy number of countries with disparate interests, which is part of the reason for the multiple missed deadlines to conclude the deal. Adding Taiwan to the negotiations now would further postpone finalization, given the need to harmonize certain Taiwanese laws and regulations with those of other TPP members, not to mention the various political sensitivities that would have to be delicately navigated. The TPP should first be concluded among the twelve countries that are presently negotiating it.

But in the meantime, President Obama should state clearly that the United States plans for Taiwan to be the first new TPP signatory after the agreement is implemented. At the same time, Taiwan should begin working on a detailed roadmap of reforms to position itself to join the agreement as soon as practicable. In that context, it is encouraging that President Ma recently appointed his former vice president to head a committee to shepherd Taiwan toward TPP membership.

The TPP is the economic linchpin of President Obama’s Asia pivot, and with good reason. It creates a free-trade zone in the Asia-Pacific region that rivals China in size, thereby presenting countries like Taiwan with an alternative export market. Furthermore, it uses a commercial mechanism to restore confidence in America’s commitment to the region when such confidence has been shaken. The United States should move swiftly to conclude the TPP and then work towards including Taiwan.

Alexander Benard is COO of Schulze Global Investments, an American private equity firm focused on frontier markets. Paul J. Leaf is an attorney in Los Angeles, and a former editor of the Stanford Law Review.