The War on Drugs: The Narco States of North America 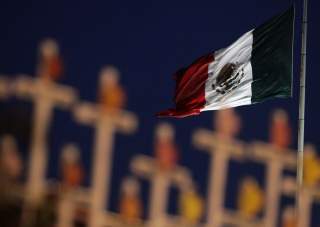 Too many Americans are dying from trafficked illegal drugs, and too many Mexicans are dying from violence related to the criminal gangs that traffic drugs. That is the unfortunate summary of a shared problem: Mexican organized crime groups help feed U.S. demand for illegal drugs, and in turn, many billions of U.S. dollars feed the violence and corruption which the criminal groups spawn in Mexico.

More than ever, we need to break this pattern by working together more closely with our southern neighbor. Unfortunately, the harsh words and tone often used regarding Mexico, the lack of appreciation for the strategic importance of having a stronger and more prosperous southern neighbor, and the hardline approach the United States is taking to the renegotiation of the North American Free Trade Agreement (NAFTA) are undermining the ability of Mexican officials to maintain, let alone deepen, U.S.-Mexico cooperation against transnational criminal groups.

President Donald Trump is to be praised for highlighting opioid addiction crisis in the United States and promising steps to address it. Regarding Mexico, however, he highlighted that an estimated 90 percent of heroin used in the United States is from Mexico (correct) and added that his proposed border wall would help deal with that. The assertion about the wall is dubious since most hard drugs are believed to enter the United States through legal ports of entry. Strikingly, the president also neglected to mention that his current chief of staff earlier this year had made it a priority to forge agreement with the Mexican government to enhance cooperation against the criminal groups trafficking drugs.

In May 2017, then Secretary of Homeland Security John Kelly, Secretary of State Rex Tillerson and other U.S. officials agreed with Mexican counterparts on an overall strategy for strengthening the common effort against the entire chain of illegal drug production, trafficking, sales, etc. That agreement included a promise of action on addiction/drug demand in the United States. Mexican and U.S. officials have been working to implement that strategy since, including going after heroin production.

The United States and Mexico have revalidated and prioritized capacity building and other assistance under the bilateral “Merida” program, which began in 2008. Under Merida, the United States has spent some $1.6 billion to help strengthen Mexican law enforcement and justice institutions, to improve Mexican capacities at its borders and to help strengthen communities beset by criminal cartels and gangs. American assistance has produced good results. At present, the U.S. is working hard with Merida funds, for example, to strengthen the forensic skills of Mexican officials in order that more criminals can be convicted successfully under Mexico’s new justice system. The Mexican government has spent at least ten times what the U.S. has provided to strengthen its own law enforcement, intelligence and justice agencies. Along with Merida assistance, U.S. and Mexican law enforcement agencies have built more effective operational cooperation against criminal groups.

The added effort strengthened the capacities of Mexico’s federal law enforcement and resulted in a large number of cartel and criminal gang leaders being taken off the field. Criminal gang related violence in Mexico capped in late 2011 and has declined as the enhanced government efforts impacted cartels. But over the last several years, criminal groups have significantly increased opioid production and trafficking, and in 2016–17 violence in Mexico, as measured by homicides, has significantly rebounded.

From a U.S. perspective, the sharp rise in drug overdose deaths, particularly from opioids, and the concomitant increase in production of heroin and transshipment of synthetic opioids like fentanyl makes better U.S.-Mexico cooperation an even higher priority. About 64,070 drug overdose deaths in the United States were recorded in 2016, with over 20,000 of those coming from fentanyl and similar drugs and some 15,500 coming from heroin. Since 1999, overdose deaths in the United States involving opioids has quadrupled, fueled initially by abuse of prescription drugs.

Mexican drug cartels observed the rise of U.S. abuse of prescription opioids, and in response, increased heroin production and imports of fentanyl from China to supply growing U.S. demand. Both U.S. and Mexican law enforcement agencies correctly see this as a shared problem. Mexico though has not been able to stop the increase in opium and heroin production in several of its states (and illicit imports from Asia). And, in the United States, the drugs are getting in and being transported far from presumed ports of entry.

On the financial side, the profits from illegal drug sales in the United States are estimated at between $18 and $30 billion. However, neither U.S. nor Mexican authorities have been able to recover anything like those sums of money. However, enough of those profits have gotten back to the criminal groups for them to not only finance the purchase of high-powered weapons and other equipment from the United States, but also to threaten and buy off officials. This has likely contributed to a new wave of violence sweeping through Mexico.

Inside Mexico, the federal government has focused its strategy on going after the key figures in criminal groups. They have taken many cartel leaders out of action. Earlier this month, for example, they arrested the chief financial officer of the Sinaloa Cartel. Yet that very success in leadership decapitation has led to a proliferation of criminal organizations now led by those previously operating at the lower levels of the cartels. In addition to competition among the remaining larger criminal organizations (e.g. Sinaloa versus Jalisco Nueva Generacion) for sales in the U.S. market, smaller groups have also turned to other kinds of crime, such as extortion and gasoline theft from the national oil company’s pipelines. Crime and violence has spread to states that were previously relatively peaceful. June 2017 was the most violent month in Mexico in twenty years, as measured by homicides, and some observers are predicting that 2017 could set a new record.

Privately, senior Mexican officials recognize the problem and argue that, sadly, most of Mexico’s state governments and cities still have weak police forces that cannot handle the criminal groups that were formed when the larger groups were decapitated. Mexican officials say their proposed solution was to create stronger and unified police forces in each state (a policy known as “Mando Unico”) and to allow more participation of the armed forces in going after criminal groups. They privately blame Mexico’s congress for not passing the proposed laws to make that possible. Other officials add that the implementation of justice reform has been so poor that arrested criminals are being released in large numbers. Many nongovernment observers accept some of those points, but criticize the government’s effort as broadly insufficient. Whatever the reasons, violence is on the rise, including in previously safe areas. The U.S. State Department recently issued a travel warning for Mexico that includes popular vacation spots. Tourism is reportedly down since.

When the U.S. and Mexican secretaries of foreign affairs and homeland security forged and agreed a broad strategy in May 2017, they set out a very ambitious agenda: to destroy transnational criminal organizations by using a wide range to tools and going after all the elements in the chain of activity—from production (or import) to transport and distribution networks to the flows of money and procurement of weapons.

Officials on both sides recognize that this strategy is very challenging to implement effectively across all of the lines of action—from intelligence sharing to effective eradication, from disruption of logistics and taking down financial networks to more successful arrests and prosecutions. But both sides have engaged seriously. The week of October 16, the multiagency U.S.-Mexico Security Cooperation Group met in Mexico City to review progress.

Reaching a new level of effectiveness in fighting cross-border criminals, however, will demand much more trust and closer cooperation than exists today. The same holds true for helping to better manage migrants headed across Mexico to the United States from Central America and other regions such as South Asia, where Mexican authorities have become very important partners.

Senior Mexican officials privately say, however, that trust is being diminished by the threatening U.S. approach to NAFTA and the many negative top-level U.S. comments being made about Mexico. Favorable public opinion of the United States has plummeted by more than half to 30 percent in Mexico. Mexican officials privately worry that they will have neither the political space nor the enthusiastic support of their teams to deepen cooperation—especially if the United States were to end NAFTA or were to be further perceived as unfairly bullying Mexico. These officials say they want to maintain and strengthen cooperation against criminal groups because it is good for Mexico, but with the Mexican presidential and congressional elections coming up in July 2018, and a souring Mexican public attitude toward the United States, they are worried. The United States should be worried too, instead of fueling mistrust.

Earl Anthony Wayne was U.S. Ambassador to Mexico from 2011–2015, and a “Career Ambassador” serving some forty years in the U.S. diplomatic service. Wayne is currently a Public Policy Fellow at the Woodrow Wilson International Center for Scholars in Washington, D.C.