The War Over Obamacare Is NOT Over 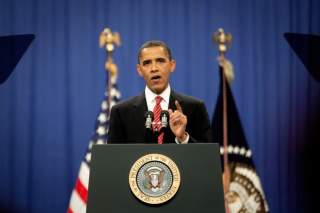 For those who thought that the lawsuits challenging the Patient Protection and Affordable Care Act (Obamacare) were at an end, think again. On September 9, Judge Rosemary Collyer of the federal district court for the District of Columbia refused to dismiss a lawsuit filed by the entire U.S. House of Representatives against the Obama administration over its funding of certain aspects of Obamacare.

This is a historic lawsuit and a historic decision. In the past, individual members of Congress have filed a number of (unsuccessful) lawsuits against sitting administrations. But this is one of the few occasions when such a suit has been pursued by the entire House of Representatives as an institution.

Adopted on July 30, 2014, House Resolution 676 authorized the Speaker to file suit. On January 6, 2015, the House in the new 114th Congress adopted HR 5, authorizing itself to succeed the 113th House as a plaintiff in the lawsuit.

According to Judge Collyer, Section 1402 of Obamacare “requires insurers to reduce the cost of insurance to certain, eligible statutory beneficiaries” and the “federal government then offsets the added costs to insurance companies by reimbursing them with funds from the Treasury.” While certain other credits in Obamacare are paid through a permanent appropriation in the Internal Revenue Code, these “Section 1402 Cost-Sharing Offsets must be funded and re-funded by annual, current appropriations.”

The House claims it has never appropriated any funds for §1402, yet the administration “nonetheless drew and spent public monies on that program beginning in January 2014.” This violates Article I, Section 9, Clause 7 of the U.S. Constitution, which states that “No Money shall be drawn from the Treasury, but in Consequence of Appropriations made by Law.”

On the employer mandate, §1513 of Obamacare requires large employers to offer full-time employees enrollment in a qualified plan beginning on Dec. 31, 2013, or pay an “assessable payment, i.e., a tax.” The House charges the administration with effectively amending this requirement “both by delaying the employer mandate beyond December 31, 2013, and by altering the percentage of employees that must be offered coverage.” Thus, the administration “usurped” the Article I legislative authority of the House.

The administration filed a motion to dismiss the lawsuit, claiming that the House lacked standing to assert either claim and that “only the Executive has authority to implement the laws.” The administration further argued that the courts should “stay out of a quintessentially political fight” between the legislative and executive branches.

However, Judge Collyer rejected the notion that this was a nonjusticiable political question: “Despite its political ramifications, this suit remains a plain dispute over a constitutional command, of which the judiciary has long been the ultimate interpreter.” The judge also rejected the claim that the House lacked standing—at least on one of the two claims it has made. Judge Collyer did not decide on the merits of the lawsuit; only “whether the House can sue the Secretaries.”

On the appropriations claim, the judge concluded that the House has standing to sue since it is challenging the administration “as an institutional plaintiff, to preserve its power of the purse and to maintain constitutional equilibrium between the Executive and the Legislature.” That distinguishes this lawsuit from prior unsuccessful challenges, such as Raines v. Byrd (1997), in which Sen. Robert C. Byrd and other members of Congress sued over the line-item veto law. They had voted against the law, which was passed by majority vote and signed by former president Bill Clinton. The U.S. Supreme Court dismissed that suit because Byrd et al failed to establish that “their claimed injury is personal, particularized, concrete, and otherwise judicially cognizable.”

In contrast, in Coleman v. Miller (1939), the U.S. Supreme Court upheld a challenge by members of the Kansas state senate who claimed that their votes were sufficient to defeat passage of an amendment to the U.S. Constitution except for the illegal vote of the lieutenant governor. Those senators had “a plain, direct and adequate interest in maintaining the effectiveness of their votes.” Similarly, just last term, the Supreme Court held that state lawmakers had standing to sue as an institution in Arizona State Legislature v. Arizona Independent Redistricting Commission (2015) for the injury suffered from a ballot referendum that stripped the Legislature of its redistricting authority.

Judge Collyer ruled that, if there is merit to the House’s claim that the executive spent public funds that were not constitutionally appropriated, then “the House has been injured in a concrete and particular way that is traceable to the Secretaries and remediable in court.”

In contrast, however, Judge Collyer concluded that the House does not have standing to pursue the claim that the administration improperly amended Obamacare to delay the effect of the employer mandate. According to the judge, this claim concerns “only the implementation of a statute, not adherence to any specific constitutional requirement.” Judge Collyer placed great emphasis on the fact that this claim is really a statutory, not a constitutional claim, and that the House did not seek injunctive relief against this alleged violation.

Thus, according to Collyer, “a ruling for the House may offer nothing but the ‘psychic satisfaction’ of knowing ‘that the Nation’s laws are faithfully enforced,’ which is ‘not an acceptable Article III remedy because it does not redress a cognizable Article III injury.’” The fact that the House does not have standing does not mean that private plaintiffs, such as employers who are affected directly by what the Treasury Secretary has done with regard to the employer mandate, could not sue “and convince a court that such [Treasury] regulations are contrary to the [Administrative Procedure Act] or otherwise improper.”

The House of Representatives may still lose this lawsuit in the long run. But this decision is a significant defeat for the administration, which had hoped to get the entire case dismissed without a trial. The case will now go forward, to be decided on the merits of whether the administration used unappropriated funds and violated the Constitution.

Hans A. von Spakovsky is a Senior Legal Fellow at The Heritage Foundation’s Meese Center for Legal and Judicial Studies. He is the coauthor of “Who’s Counting? How Fraudsters and Bureaucrats Put Your Vote at Risk” (Encounter 2012) and “Obama’s Enforcer: Eric Holder’s Justice Department” (HarperCollins/Broadside 2014).