The World’s Most Dangerous Rivalry: China and Japan 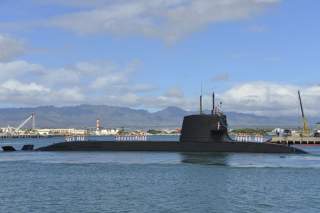 Editor’s Note: The following is part two of a new occasional series named “Dragon Eye” which seeks insight and analysis from Chinese writings on world affairs. Part one of the series, “What Does China Really Think About the Ukraine Crisis?” can be found here.

The East China Sea—thanks to tensions between China and Japan—can accurately be described as the most dangerous place on the entire planet.  It is entirely conceivable that one of the many coast guard vessels on either side patrolling the contested islets could suddenly come under fire or, more likely still, become severely damaged in a bumping incident (of the type that has occurred recently in the South China Sea).  In such circumstances, the steps from gun fire to exchanging volleys of anti-ship missiles between the fleets, to theater wide attacks on major bases, to all out global war could be all too abrupt.

Hollywood, which is perennially looking for apocalyptic scenarios, may want to examine contemporary China-Japan relations for developing next summer’s blockbuster suspense film.  Thankfully, however, some momentum appears to be building to arrest the downward spiral in this extremely crucial bilateral relationship.  Recent low key diplomatic steps are undergirded by some reasonable voices that have bravely stepped forward in the Chinese foreign policy debate to try to reign in the two East Asian powers on the precipice.

China-Japan relations have seemed to be in a death spiral since a 2010 ‘trawler incident’ interrupted a positive dynamic in relations that had occurred during 2007-2009.  Since that time, the relationship has been rocked by China’s move to establish full time maritime patrols in the vicinity of the contested islets, as well as the occasional air patrol and even a Chinese drone sortie. That alteration to the status quo came in response to Tokyo’s purchase of the islands in September 2012.  Just over a year later, Beijing upped the ante again by declaring an Air Defense Identification Zone (ADIZ) over the East China Sea and the disputed islets, to which Washington promptly responded by sending American bombers to fly through (and thus challenge) the new Chinese ADIZ.  2014 has already witnessed at least two dangerous encounters between Chinese and Japanese military aircraft.  Similar incidents are also occurring with American aircraft as well.

A hint of an opening is now quite visible, however.  It is noteworthy that Japanese Prime Minister Shinzo Abe did not himself visit the Yasakuni Shrine on August 15 this year.  In mid-September, a trilateral conference bringing together senior diplomats from Japan, China and South Korea went ahead in Seoul.  Just days ago in New York, Chinese Foreign Minister Wang Yi and Japanese Foreign Minister Fumio Kishida held a long overdue informal meeting on the sidelines of the UN General Assembly meeting.  Undoubtedly, these movements are partly related to an eagerness to improve the bilateral relationship ahead of Prime Minister Shinzo Abe’s visit to Beijing for the November APEC Conference.

There is some limited evidence of ferment in Beijing’s approach to Tokyo.   A Chinese-language article in the spring issue of 日本学刊 [Japan Studies] by Renmin University Professor Shi Yinhong offers a glimpse of a possible new approach in the making.  True, Shi has long been known as a maverick thinker among Beijing’s foreign policy elite, but as the lead paper in this critical publication of the prestigious Chinese Academy of Social Sciences, it seems this particular article could merit some close attention.

At the outset, the paper sets a rather strident and even hawkish tone.  The title suggests the article will investigate the impact of Tokyo’s “right deviation” on China-Japan ties.  Shi observes that Japan’s strategy is essentially premised on taking China as its “adversary.”  He evinces concern over Japan’s recent outreach to Southeast Asian countries.  He concludes, “It is now completely obvious that Japan is using the sovereignty dispute to obstruct the dynamism of China’s development process.” He does not challenge, but rather embraces the current doctrine of “not seeking incidents, but not fearing them either …”  He also describes US security guarantees to Japan as “ever more hollow.”

Yet the author makes a brusque turn halfway through the article, suggesting the interesting possibility that the bellicose preamble was required to provide balance or even a cover for the main thesis.  In the middle of the piece, Shi suddenly states that the tactical objective of isolating Japan cannot be seen as the “overall goal” of Chinese policy.  He asks provocatively “… where is the benefit …?” in the island dispute with Japan, concluding that that the dispute has “locked” the relationship on a hostile course.  In recommending a new course, Shi invokes both Mao Zedong and also Zhou Enlai, who both battled Japan for many years, but later recognized the necessity of working together with Japan.   Shi then makes a rather startling admission in the Chinese context:  “Too many people only one-sidedly look at and discuss the domestic political roots of the Japan-China antagonism, as if only the Japan aspect was significant, neglecting and even declining to discuss the internal political situation within China.”  This startlingly candid admission may be read as a criticism both of current policy, but also Shi’s many colleagues in the Beijing foreign policy elite that may themselves be playing politics with foreign policy.

Shi is emphatic in recommending that China strenuously avoid a military conflict on the sea or in the skies above the East China Sea.  While suggesting that Chinese maritime patrols in the vicinity of the Diaoyu/Senkaku must continue, he says there is an imperative for “flexibility” in implementing the new ADIZ.  Shi insists that Japan’s importance for Chinese diplomacy can hardly be overstated and therefore, the relationship must be stabilized.  With respect to the maritime territorial dispute, he counsels that Beijing should patiently and determinedly seek conditions for a negotiated settlement.  Seeking to bolster this argument, he additionally argues that the US is seeking to benefit from long-term instability in China-Japan relations.  At the same time, he realizes that China’s relationship with the US cannot be smooth, while China-Japan relations remain in crisis.  He concludes the essay with the strong statement that “…the ‘island dispute’ is not the sum total of China-Japan relations …”  Finally, he also points out two upcoming anniversaries in 2015 and 2017 that could provide opportunities for Tokyo and Beijing to shift to a much more constructive and forward-looking relationship.

It is not hard to find anxious and sometimes confrontational rhetoric even within scholarly analyses in the Chinese context, of course.  For instance, a recent article in 世界经济与政治 [World Economy and Politics] decried the new diplomatic and military tendency of “美日+1” [US-Japan +1] in Asia-Pacific security affairs, while another article earlier this year in the Chinese journal 和平与发展 [Peace and Development] actually went so far as to compare to Abe to Hitler.  Undoubtedly, Shi’s constructive approach discussed here is a welcome break from the harsh conventional wisdom prevailing in Beijing regarding Japan policy.  Taken together with Peking University Professor Wang Jisi’s prescient observation reported in the New York Times on  September  11, 2014 that history offers little precedent for a major country bringing another country “to its knees,” one may hope that more levelheaded viewpoints are starting to gain traction in the Chinese capital.

Reading these tea leaves, so to speak, Washington may wish to “get off the couch” and pro-actively seek to mediate the dangerous, but not especially complicated, island dispute.  Failure to address the deepening void in China-Japan relations could be catastrophic for global security on a scale that would make the contemporary Middle East conflicts, which tend to preoccupy senior US diplomats, look like a series of garden parties.