There Is No Need to Give Trump New Tariff Powers 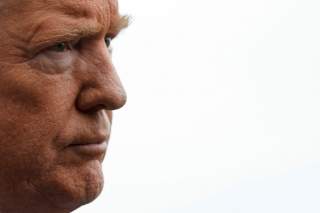 From “safeguard” tariffs on solar panels and washing machines, to “national security” tariffs on imported steel and aluminum, to tariffs to combat China’s alleged unfair trading practices, President Donald Trump has promoted the most protectionist trade agenda since Herbert Hoover. Moreover, this is in addition to Trump withdrawing the United States from the Trans-Pacific Partnership and threatening to withdraw from the World Trade Organization (WTO) and the North American Free Trade Agreement (NAFTA).

The United States Reciprocal Trade Act, which will soon be introduced by Rep. Sean Duffy (R-Wis.), would expand the president’s already enormous unilateral authority to impose tariffs and other import restrictions. Like Section 301 of the Trade Act of 1974, the Reciprocal Trade Act has the stated goal of trying to pry open foreign markets. Section 301 is unique in trade law in that its goal isn’t to protect domestic industries, but rather to force other countries to change their protectionist trade policies.

Similarly, the Reciprocal Trade Act would grant the president the authority to match the tariff applied to any given product by a trading partner. To use one of the administration’s favorite examples, the Europe Union applies a 10 percent tariff on imported automobiles, while the United States levies a 2.5 percent tariff on its imports. The Reciprocal Trade Act would allow the president unilaterally to raise the tariff to 10 percent on European cars as leverage for further negotiations.

The bill is enormously flawed and should be a nonstarter for myriad reasons.

It is not actually true that the United States generally imposes much lower tariffs than major trading partners. While U.S. tariffs are lower on certain products, it also levies tariffs on other products well in excess of America’s trading partners. Cherry-picking individual products obscures the reality that average tariffs are basically equivalent across the world’s largest economies. In fact, 2016 data from the World Bank shows that the average applied weighted tariff in the United States was 1.7 percent, more or less in line with the EU’s 2.0 percent, Canada’s 1.6 percent and Japan’s 2.5 percent.

China, with its developing nation status at the WTO, had an average applied weighted tariff of 3.5 percent in 2016. That is too high, but it is also down considerably since the nation joined the WTO in 2000.

The Reciprocal Trade Act also violates U.S. commitments to the WTO’s Most-Favored Nation (MFN) principle of nondiscrimination. So important is MFN to the rules-based multilateral trading system that it is found in the first article of the General Agreement on Tariffs and Trade (GATT). MFN holds that WTO members cannot discriminate against similar products from other WTO members. If the United States were to lower a tariff on a product imported from China, it must apply that lower tariff to products imported from any WTO members, with only limited exceptions such as concessions made under a formal free-trade agreement like NAFTA. The Reciprocal Trade Act would empower the president to violate MFN and GATT Article I by applying different and discriminatory tariffs to the same product originating from different WTO member countries: a 10 percent tariff on autos coming from Europe to match their rate, but a 15 percent tariff applied to cars coming from China to match their new rate, for example.

The bill also would violate U.S. commitments under Article II of GATT. That provision establishes the maximum tariff rate, known as a “bound rate,” that each country may charge other WTO members on products. While the bound rate sets the ceiling, countries often charge lower rates, known as “applied rates.” The bound rates were established through a series of negotiations led by the United States. Authorizing the president to unilaterally raise tariffs above U.S. WTO bound rates simply because others impose higher rates on American exports would surely trigger a legal challenge at the WTO.

Not only would the Reciprocal Trade Act violate fundamental commitments the United States has made to other WTO members, the basic premise of the bill is flawed. Tariffs will raise costs for consumers, both individuals purchasing final products and firms purchasing capital equipment and intermediate goods. In fact, it is estimated that about half of all imports are intermediate inputs used by domestic firms to make their products more globally competitive. Artificially raising their costs would have negative repercussions in an increasingly globalized twenty-first-century economy.

Rather than lowering tariffs in response to actions taken by the president, it is much more likely the effect of the law would be that countries would retaliate against American exports and ensnare unrelated industries in a tit-for-tat. The last year has provided plenty of evidence of that. To understand how American protectionism works in practice, Duffy need only look to Wisconsin-based companies like Harley Davidson, which have suffered foreign retaliation due to the president’s steel and aluminum tariffs.

For more than seventy years, the United States has effectively set the rules of the global multilateral trading system, which has been one of the great American achievements of the post-World War era. Trade barriers have fallen, and trade flows have skyrocketed; beggar-thy-neighbor protectionist contagion no longer spreads like wildfire the way it did in the early 1930s. Increased economic interdependence has served as a bulwark for peace and stability in the world.

Whether or not Duffy and his cosponsors realize it, the Reciprocal Trade Act would jeopardize this American-led system that has paid enormous dividends. Abrogating seven decades of leadership to further President Trump’s protectionist impulses would be a grave mistake.
Clark Packard, is the trade policy counsel at the R St. Institute and is Nikki Haley’s former counsel.