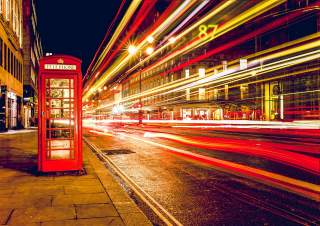 It is not uncommon for British prime ministers who take over in the middle of a parliamentary term to seek the personal mandate that comes with winning an election in their own right. By and large, the British public expect them to do so. When Gordon Brown flirted with calling an early poll after succeeding Tony Blair, only to balk at the very last moment, his political standing plummeted and never recovered. Accordingly, the prospect of an early general election has hovered over Westminster ever since Theresa May entered 10 Downing Street last summer. However, until this week, May had stuck to her pledge not to seek a fresh mandate, arguing that an election would inject unnecessary instability at a time when the UK is preparing for the ferociously complicated process of negotiating its exit from the European Union.

May’s announcement that she would “reluctantly” seek a general election on June 8 rests upon her desire to secure the political capital needed to see that negotiation process through to a conclusion. All three of the main opposition parties—Labour, the Liberal Democrats and the Scottish Nationalists—remain critical of the government’s approach. In addition, the slender Conservative majority of seventeen affords the Tories’ most ardent “Brexiteers” a latent veto over anything that smacks of compromise. May’s hope is that victory will silence her government’s critics and enable her to isolate the more extreme elements in her party.

However, none of these factors would likely have encouraged May to go to the country were it not for the prospect of a resounding electoral victory. Since the Brexit referendum, the political winds have turned decidedly in the Conservatives’ favor, reshaping the political landscape. United Kingdom Independence Party voters long fixated on the issue of European Union membership have returned to the Tory fold, delighted that the party has unequivocally embraced the result of last year’s referendum. By contrast, the Labour Party has sunk to historic lows, dragged down by the unpopularity of its leader, Jeremy Corbyn, and levels of party infighting not seen since the 1980s. Last year, Labour parliamentarians  mounted a failed attempt to oust Corbyn, who was comfortably re-elected to his position by the party’s grass-roots membership. The electoral implications have been profound. In February, the Conservatives won the parliamentary constituency of Copeland, a seat in northern England that has been traditionally held by the Labour Party, making May’s government the first sitting government to pick up a seat in a by-election in thirty-five years. Also, this past weekend a YouGov poll showed the Tories at 46 percent and the Labour Party at 25 percent—a twenty-one-point difference.

Embracing an early poll is not a risk-free exercise. The UK remains polarized between the Leave and Remain camps that emerged during the EU referendum, and public sentiment is volatile. Large swathes of pro-European voters are unreconciled to the path the UK is on, and will see the election as their last chance to stop Brexit before it’s too late. If this sentiment galvanizes into a concerted and successful effort to deny the Conservatives an overall majority, then May’s decision to initiate an election of choice will come back to haunt her.

However, two early developments seem to vindicate May’s decision. The first is the lack of any resistance to an election at the present time. Within hours of her statement, all other major party leaders accepted the need for a poll, despite possessing the capacity to block it. Under “fixed-term Parliament” legislation introduced in 2010, a two-thirds House of Commons majority is required to trigger a general election. That’s something that the Conservatives alone do not possess.

Perhaps more importantly, no other party has exhibited the courage to make stopping Brexit the centerpiece of their campaign—even though it is the one thing that might shake up the campaign. The Labour Party will campaign on austerity, largely because its core voters are divided on the merits of leaving the EU. The Scottish National Party leadership knows that Scotland’s forced departure from the EU represents their best argument in favor of second independence referendum. The Liberal Democrats, humiliated at the polls in 2015, dare not risk public ire by seeking to overturn the result of the referendum, despite their own pro-EU sentiments. As a result, it is the Conservatives who enter the campaign with the most coherent narrative: Brexit is going to happen no matter who wins, so give us the mandate to implement it effectively. Unless the other parties can find a way to reframe the choice within the next seven weeks, their chances of dislodging the government will be weak.

Timothy Stafford is Research Director at the Henry Jackson Society, a London based think tank.

Image: Cars speed by a telephone booth in London. Pixabay.