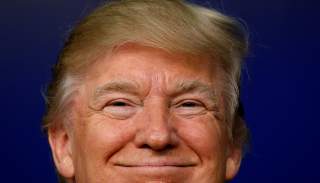 In the past month, coverage of the 2020 presidential has begun as reporters and observers have breathlessly covered and commented on the sizable number of Democrats maneuvering to take on Donald Trump, as well as a number of disaffected Republicans, like erstwhile critic Ohio Governor John Kasich and recent antagonist Arizona Senator Jeff Flake. While the prospect of an third-party candidacy would certainly enliven what promises to be another wild presidential contest, an independent candidate would gain little traction and achieve less in the way of shifting American politics away from Trumpism.

More notably, in the past fifty years, third-party independent appeared like clockwork, on a recurring cycle of every twelve years: Governor Wallace in 1968, Anderson in 1980, and Perot in 1992.

According to this rhythm, independent runs should have occurred in 2004 and 2016. However, the 2004 election featured no major third-party candidate because Nader’s run in 2000 demonstrated that every single vote counted and that consolidating the base was paramount. Moreover, liberals had no appetite for bolting from the Democratic Party only to ensure George W. Bush’s reelection.

Why Did He Succeed While Others Didn't?

Independent candidates run spirited campaigns and espouse unique agendas and perspectives, but each of them loses. Nevertheless, in defeat these failed candidacies influence the outcome and subsequent political debate. Over time, third-party agendas are usually co-opted by and their voters are integrated into the two major parties.

In 1968, Wallace’s voters lined up behind Republican President Richard Nixon in 1972. In 1980, Republican Congressman Anderson’s liberal-leaning supporters shifted to the Democratic Party, an exit that only ensured Goldwater conservatives strengthened their hold on the Republican Party while cementing McGovernite liberalism’s takeover of the Democratic Party. The latter result, however, only further pushed moderate Democrats away, becoming the famous Reagan Democrats that helped deliver a landslide reelection to Republican President Ronald Reagan four years later.

In 1992, however, neither the Republican Party nor the Democratic Party adopted Perot’s economic nationalist message or took steps to capture his supporters. Moreover, neither party accommodated the message or the voters of the insurgent candidacies undertaken by Pat Buchanan and Jerry Brown, who championed similar messages within their respective parties.

In the next three elections, American voters denied either the winning candidate a popular majority over the other. Voters gave the winner a popular and electoral majority in 2004 because of the aforementioned reasons and, in 2008 and 2012, to enact change in the wake of a major financial crisis, and to also make history voting for the first African-American president.

In the background, the increasingly pro-globalization major parties and coinciding hollowing out of the domestic economy only aggravated the Perot, Buchanan and Brown constituencies’ growing appetite for an economic nationalist message.

When 2016 promised a potential face-off between frontrunners from political dynasties (Bush 45! Clinton 2.0!), Donald Trump (and Senator Bernie Sanders) put forth conservative and liberal variants of economic nationalism and broke through, capturing lightning in a bottle.

Trump’s victory has essentially sated the appetite of voters for a third party.

More importantly, voters are likely give the president the opportunity to execute his agenda. Despite vehement opposition and internal dissenters, voters, in recent times, rarely deny incumbent presidents a second term, even one bombastic and controversial as Trump.

If independent candidacies do thrive, they are likelier to do so at the state level, which is where they have become increasingly more appealing to alienated voters and where successes have been more numerous. Only two independent candidates won their races between 1939 and 1979, but there have been five such instances since 1992.

Nonetheless, electoral history and the current political environment promises that neither a traditional Republican nor a Sanders-like Democratic candidate running independently would surge like Wallace and Perot or prevail like Trump had.