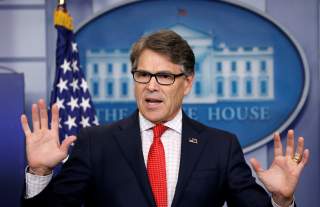 For years, the nuclear industry insisted that civilian nuclear power had nothing to do with weapons programs. That was then. Now, in a desperate attempt to keep no-longer-competitive nuclear plants from being shuttered, the industry claims there really has been a connection all along, and electricity customers should pay a premium to keep it going. It is one claim too many.

In its latest public effort, the nuclear industry got several dozen retired generals and admirals, former State, Defense and Energy Department officials, three former chairmen of the Nuclear Regulatory Commission, and a sprinkling of former senators, governors, industrialists and other worthies to sign a June 26, 2018, letter to Energy Secretary Rick Perry attesting to the connection between U.S. nuclear power plants and national security. The letter urged him to weigh in with federal and state rate-setting bodies to raise customers’ electricity bills to keep U.S. nuclear plants from shutting down, however much that will cost.

The letter didn’t, of course, put it in such crass terms. It talks about taking “concrete steps” to ensure electricity markets valued the nuclear plants’ “national security attributes”— a vague enough formulation to ease getting signatories. Most of them, as one of the signers (former Virginia Senator John Warner) himself put it, “are not intimately familiar with the ins and outs of the financial side of the power grid.” They do, however, apparently believe that they see the big picture—"the national security attributes of nuclear power”—more clearly than the parochial federal and state officials who set electric rates.

But are they any clearer on nuclear power’s national-security attributes than they are on the financial side of the industry?

The letter talks about “robust” nuclear power plants offering “a level of protection against natural and adversarial threats.” Leaving aside that “a level of protection” doesn’t mean much, the implied claim is dubious. It’s not well known but nuclear plant safety is critically dependent on the reliability of the electrical grid to which it is connected. In severe natural situations (ice storms, hurricanes, tornadoes, earthquakes), and even more so in adversarial ones, the transmission lines connecting nuclear plants to the electrical grid may fail or be destroyed. The earthquake that triggered the Fukushima accident first destroyed transmission towers and broke the link with the electrical grid. In these circumstances a nuclear plant must be shut down, as would any other electric generating plant. The difference, however, is that the nuclear plant becomes a serious liability because its safety cooling systems would have to operate indefinitely on its emergency diesel reserves—a highly undesirable state of affairs. There have been grid failures in the United States that have put several nuclear plants into emergency mode. In this context, it’s fair to ask whether nuclear plants increase the resilience of our electrical grid or burden it.

Another claim is that the Navy “benefits from a strong civil nuclear sector.” Maybe so. But in that event, as John Cochrane, an economist with the Hoover Institution, pointed out in connection with a similar appeal to subsidies, “If national security is at risk, let Defense ask for money.” The writers and signatories of the Perry letter know that nuclear power subsidies wouldn’t stand a chance set against the priorities of the Department of Defense. They know it would be an easier touch to stick the country’s ratepayers with the added bill. There is an element of insensitivity in this, as most of the ratepayers are in rather more difficult financial circumstances than the comfortably pensioned signatories. It has not occurred to them to ask that industry should earn less out of patriotism. But, of course, they didn’t write the letter.

“The nuclear industry is an important career destination for military veterans.” True, and retired Navy officers and seamen have had a useful effect on making plants run better and more safely. But should customers pay more on their bills to provide second careers to retired military and naval personnel at plants that are not needed?

The claim in the letter that deserves the most attention is the insidious argument that the United States needs to be a major exporter of nuclear technology in order to retain “influence over nonproliferation.” The worldwide spread of nuclear technology is, of course, what makes proliferation an urgent problem. The whole point of the body of the Perry letter is that there is a close connection between U.S. nuclear power and our nuclear weapons programs. Why should we think that this connection is not present in other countries? Wouldn’t that suggest sharing less, rather than more, of this technology?

Nuclear power has not succeeded in escaping its origin. It was born in the federal government, was suckled by the government, and has always relied on government support and protection. The industry preferred a system of federal regulation that gave the public essentially no say in the deployment of nuclear plants. It was an easy path for the industry to get its way, but only for a time. The crutch that seemed to make it unnecessary to react to public and market feedback also held back improvements. Now that nuclear plants are threatened with shutdowns, the industry can only think of more federal and state subsidies. In this latest effort, the industry wraps itself in the flag to urge Washington to find a way to stick ratepayers with the tab. It should be ignored.