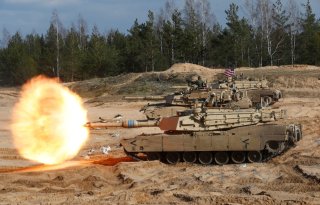 In their quest to remake the global order, Vladimir Putin is ravaging Ukraine while Xi Jinping is threatening to do the same to Taiwan. Does this already signify the end of the “integrated deterrence” that is central to President Joe Biden’s military approach to China and the new 2022 National Defense Strategy? Despite valid concerns, viable solutions are still within reach to enhance deterrence effectiveness going forward.

Reactive thinking is inadequate to curb the most disruptive aspects of Chinese and Russian ambitions. To succeed, the Biden administration must focus on integrated campaigning to better align military and non-military activities to advance the U.S. vision for an open, inclusive international system; generate interagency buy-in for its re-envisioned concept of deterrence; and leverage irregular warfare capabilities to confront adversaries in the gray zone where they erode international norms and rules of U.S. leadership.

According to Under Secretary of Defense for Policy Colin Kahl, integrated deterrence “will inform almost everything” that the Defense Department does. Secretary of State Antony Blinken recently described it as “bringing in allies and partners; working across the conventional, the nuclear, space, and informational domains; drawing on our reinforcing strengths in economics, in technology, and in diplomacy.” While not really novel, this is a tall order in practice. To assist, we analyze a few pitfalls and provide suggestions for improvement.

First, deterrence only maintains the status quo. By nature preventative, deterrence offers little to advance U.S. interests or recover what has been lost. Integrating deterrence, therefore, is necessary but insufficient. Proactive campaigning that integrates military and non-military activities with interagency and multinational partners offers a better way to manifest Biden’s vision of leading with diplomacy—emphasizing what America stands for, not what it stands against. Though competition with China is not a repeat of the Cold War, it does rhyme.

China seeks to blunt U.S. power and build the “hardware and software” of alternative regional and global orders—security and economic frameworks that have undergirded relative global prosperity and stability since the end of World War II. Colonial powers chaffed at America’s ambitions, but the age of colonialism was coming to an end. In contrast, there is no reason for the current system not to extend well into the foreseeable future. America must not just deter but offer the better choice.

Just as George Kennan observed at the dawn of the Cold War, building back better today requires an offensive approach against Chinese and Russian political warfare. Reassuring our partners and strengthening democracy against the onslaught of disinformation campaigns cannot occur simply through defensive or reactive efforts. It requires new planning mindsets that leverage influence in both traditional and non-traditional ways to optimize the military beyond its use as just a lethal instrument. By focusing on active campaigning and elevating the importance of persistent engagement we will be better positioned to positively shape our destiny rather than allowing our adversaries to set the tempo and drive events to their advantage.

Second, integrated deterrence lacks a presidential forcing function. Integrated deterrence is largely the Defense Department’s plan. It presumes we will “not rely on U.S. military strength alone,” but lacks unifying, top-down presidential guidance and interagency perspective. To make integration across the instruments of national power work, we first need unity of understanding. After all, we are working toward a common goal, but too often end up pulling in different directions.

Interagency partners have also yet to offer a corresponding vision or plan. For example, the new Joint Strategic Plan between the Department of State and U.S. Agency for International Development avoids addressing deterrence in any meaningful way. While “the interagency” is not a monolith, key departments such as State, Treasury, and Justice will play critical roles in any form of re-envisioned deterrence. These departments wield tools such as public attribution, sanctions, and intelligence disclosures that contribute to an expanded escalation ladder.

Third, irregular warfare remains neglected. Nuclear posture and missile defense figure prominently in the new defense strategy fact sheet, without a single mention of irregular warfare. Yet China and Russia are primarily advancing their interests vis-à-vis the United States indirectly through the gray zone. However, this isn’t about the old irregular warfare playbook of counterinsurgency and counterterrorism. Instead, it requires the full suite of capabilities from information operations to counter-threat finance, and supporting resistance movements and small-state volunteer militias—all of which are inherently interagency.

We must acknowledge that it is what conventional hard power and nukes don’t deter which frames the current contest. Those capabilities are insufficient to prevent undesired behavior in the gray zone, which is characterized by salami-slicing and other forms of subversion that undermine U.S. security and prosperity without escalating to war. Strategic competition entails using all instruments of statecraft against adversary political warfare. Irregular warfare—or more presciently, irregular deterrence, is the military contribution to U.S. statecraft in that contest.

Just as land, sea, and airborne platforms constitute the “triad” of nuclear deterrence, we should think of irregular deterrence in a similar way. Confronting problematic acts of aggression occurring below the threshold of traditional deterrence demands an “irregular—conventional—nuclear triad.” More hard power, like carriers, missiles, and tanks, is not always better to prevail in this “war without fighting” where we still find ourselves outplayed today. Irregular warfare offers the best opportunity space—and maybe just enough additional “cowbell”—to shape adversary decision calculus in ways that other military tools cannot.

Integrating Deterrence and Beyond

The integrated deterrence concept advances U.S. national security dialogue, but we must address its underlying assumptions to strengthen its overall viability. Today’s challenges are primarily ones the military is ill-suited to lead and unable to resolve alone. Now is the time to clearly show how the Defense Department supports and empowers policy.

If we can focus on whole-of-government campaigning, gain interagency buy-in for re-envisioned deterrence, and acknowledge the necessity of leveraging irregular warfare alongside the Defense Department’s conventional and nuclear capabilities, we may have a real chance. Curbing Chinese and Russian ambitions while advancing the U.S. vision for an open, inclusive international system requires more than just adding “integrated” in front of deterrence.

The views expressed in this article are those of the authors and do not reflect the official policy or position of the U.S. Special Operations Command, U.S. Central Command, the Department of Defense, or the U.S. Government.

Lt. Col. Steve Ferenzi is a U.S. Army Strategist in U.S. Special Operations Command Central. He contributed to the development of the Irregular Warfare Annex to the 2018 National Defense Strategy and holds a Master of International Affairs Degree from Columbia University’s School of International and Public Affairs.

Robert C. Jones is a retired Army Special Forces Colonel and the principal strategist for the U.S. Special Operations Command’s Donovan Integration Group. He holds a Juris Doctorate Degree from the Willamette University College of Law, a master’s in Strategic Studies from the Army War College, and is a non-resident fellow at the Center for Advanced Defense Studies (C4ADS).