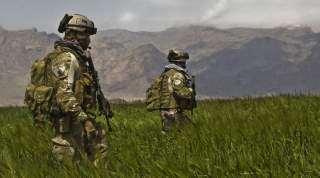 Little noticed among all the Obama-Putin drama and other recent intrigue at the United Nations has been one issue that President Obama himself chose to highlight prominently—the future of United Nations peacekeeping. For all the high-level attention to conflicts from Syria and Iraq to Afghanistan to Ukraine, it is UN peacekeepers who handle most of the world’s hotspots—through more than a dozen missions at present, with a total of more than 100,000 soldiers worldwide. From the Sudans to Congo to Haiti to Lebanon, they patrol, train and protect local populations. Increasingly, related operations like the African Union’s mission in Somalia contribute importantly as well, albeit with mixed results like anything else in life.

As such, President Obama was right to extol the efforts of peacekeepers. He and other world leaders who led the summit deserve praise for persuading a number of countries, including notably China, to pledge more help for future missions. In theory at least, some 30,000 additional personnel from a total of 50 countries were designated to be available for future operations.

However, there are problems. America’s pledge to help in future missions was limited in scope and scale, at a time when most missions remain badly under-resourced in terms of troop numbers and equipment. Take one example—the Democratic Republic of Congo, a country with more than twice the population and several times the geographic size of either Iraq or Afghanistan, has never been accorded more than 20,000 UN troops. By comparison, the Iraq and Afghanistan missions each exceeded 100,000 at their respective peaks. Yet President Obama’s proposals for greater American support would be confined essentially to specialty realms—important to be sure, but not addressing the heart of the current shortfall in UN capacity, which is in the realm of well-trained and well-equipped regular soldiers and police.

Here is what President Obama offered up at the UN conference on September 28:

As the largest financial contributor to the U.N. peacekeeping operations, the United States intends to continue to do its part. And today, I’m issuing new presidential guidance -- the first in more than 20 years -- to expand our support for U.N. peace operations. Like the nations participating today, we’ll pledge additional resources. We’ll work to double the number of U.S. military officers serving in peacekeeping operations. We will offer logistical support, including our unrivaled network of air- and sea-lift. When there's an urgent need and we’re uniquely positioned to help, we’ll undertake engineering projects like building airfields and base camps for new missions. And we’ll step up our efforts to help build the U.N.’s capacity, from identifying state-of-the-art technology to offering training to protection against IEDs.

There was no mention of main combat troops or even military police.

There is a certain logic in America providing what others cannot. But even if that is the case, we have certain types of specialized attributes within our regular Army and Marine Corps force structures that other countries do not possess in kind that can make a big difference in many peacekeeping missions. Most notable are the so-called Security Force Assistance Brigades, a concept that was developed and refined in the Iraq and Afghanistan missions. Starting with regular 3,000-person brigades, these units are then reconfigured. They retain central headquarters and intelligence units, airpower support and quick-reaction forces, as well as logistics and engineering capacities. But they are otherwise broken down into small advisory teams of twelve to fifteen people that can deploy with and mentor the large and mid-sized military formations of indigenous forces.

This idea, of course, would be no panacea. These advisory teams cannot trump problems of leadership or local and national politics, such as those that have afflicted parts of the Iraqi and now the Afghan forces. Thus, they should only be deployed when political circumstances are relatively conducive.

But there may be very important cases where such American advisory teams could make a big difference. Nigeria, with its long fight against Boko Haram, but now a new president who seems committed to reforming his country’s approach to the problem, may be a good example. Any such American help there would presumably not be part of a UN mission, but rather a bilateral arrangement. Or, if the Democratic Republic of Congo successfully replaces President Kabila with a new and reformist leader in next year’s scheduled elections, deployment of one or two Security Force Assistance Brigades might be just want the country needs to take the next step in stabilizing its territory—no longer relying so exclusively on foreign peacekeepers, but preparing its own army and police to handle internal challenges. By deploying such forces, the United States could help transform that type of UN mission from an indefinite operation to one focused on working itself gradually out of a job.

The United States has done a great deal, at huge cost, for global security for many years. But with the Iraq and Afghanistan missions much smaller than before, we have a chance with relatively modest resources to help out in a domain we have largely eschewed to date. America can do considerably more to address these kinds of conflicts without having to approach anything like the scale of effort witnessed in the recent past in the wars of the broader Middle East.