Time for Fresh Thinking on Russia 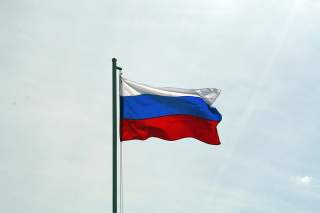 You have indicated a willingness to reconsider important aspects of the relationship with the Russian Federation. That relationship thus offers you an excellent chance to revise American conduct, and thereby to strengthen your ability to speak with a clear and forceful voice in foreign policy.

The grievances on both sides have built up over a decade and a half. It makes sense on our part to begin an in-depth review of the relationship, of what went wrong with it and of the options for improving it over the next half-decade. That review should enlist independent specialists in the academic and think-tank worlds as well as governmental leaders and officials. It will be crucial to build pluralism and open-mindedness into the review group. It should present you with a report by early summer of 2017.

I would recommend that you arrange an early meeting with President Putin, as you have said you plan to do, and propose one or two concrete joint initiatives that have the promise of showing the way to a more cooperative relationship. I would reinstate some version of the two-president working groups created under the outgoing administration, and suspended in 2014, under a different label if this is politically necessary.

Where vital U.S principles and interests are involved, there is every reason to hold firm in the relationship. But firmness has hardened into rigidity on many fronts, a point that also applies to the foreign-policy establishments of many U.S. friends and allies. For example, the long-entrenched policy of requiring ex-Soviet states to the east of NATO and the EU to face a black-and-white choice, of either befriending and integrating with the West or doing so with Russia, is ripe for reassessment and modification. In other areas, we have failed to explore emerging uncertainties and conflicts, including on issues where the danger to the peace is great. An example of such an area would be cybersecurity.

There is a reasonable chance that Russia will show some flexibility if you probe the possibilities. While there is much about Russian actions to criticize and resist, we have too often refused to take their security concerns seriously. It is time for some fresh thinking and realistic fresh steps in a relationship we cannot afford to leave in its current dilapidated and tense state.

Timothy J. Colton is a professor of government at Harvard University.