Time for Pakistan to Get Tough on Terrorism 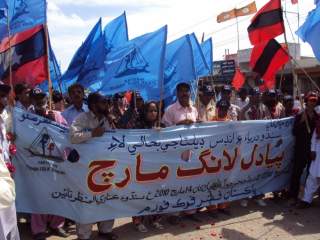 Shot in both legs, Shahruh Khan survived the Taliban attack on the Army Public School in Peshawar, Pakistan. “The man with big boots,” Al Jazeera quoted Khan as saying, “kept on looking for students and pumping bullets into their bodies.”

It took army units eight hours to kill the seven attackers who wore army uniforms and suicide vests. The carnage included 141 dead, including 132 helpless children. As the school had over a thousand pupils aged between five and eighteen, with 960 students and staff surviving, the only heartening news is that the toll could have been worse as the terrorists searched out and shot children hiding beneath desks. The Tehrik-e-Taliban claimed responsibility as revenge for last summer’s army offensive code-named Zarb-e-Azb, which has killed thousands of Taliban members in North Waziristan.

Amid national shock over the school shooting, the army took aggressive action against the Taliban in North Waziristan and showed that it could employ massive air strikes to deadly effect when it actually chose to do so. Nawaz Sharif, whom former President Pervez Musharraf once branded a “closet Taliban,” suddenly made all the right noises. These included a declaration that Pakistan would no longer tolerate a distinction between “good” and “bad” Taliban. “Good” Taliban did things like serve as proxy forces for Pakistan’s interests in Kashmir and Afghanistan but not attack fellow Pakistanis. “Bad” Taliban targeted the Pakistani state.

Nawaz also took the extraordinary step of sitting next to Tehreek-i-Insaf Chairman Imran Khan, who last year ignited huge demonstrations alleging that Nawaz’s Muslim League political party had won the last elections through voter fraud and demanded his resignation. Perhaps most significant, if true, is the military’s claim that it has targeted members of the Afghan insurgent Haqqani Network. Many have argued that the Haqqanis operate with the knowledge if not the support of Pakistan’s Inter-Services Intelligence agency (ISI).

But where does it lead?

The military has long been unhappy with Nawaz. The two have a hostile past. Twice in the 1990s the military ejected Nawaz from office. Until very recently, in opting for negotiations with the Pakistani Taliban, he had remained largely passive as Taliban extremists spread violence across the country. Nawaz had kept the military from pursuing a more aggressive approach to the country’s terrorists. But when early negotiations with the Taliban proved unpromising and the prime minister had to turn to the military to avoid being ousted by the street power of his opponents, the military was free to set its own course with the Taliban. It has been the military, not Pakistan’s civilian leadership, that has taken the war to the Taliban in tribal areas. The Peshawar school attack ensures the army will step up the intensity of its efforts.

Consistent polling over the last decade has shown that Pakistanis reject violent extremism and public disgust following the school killings are consistent with this. Yet except for demonstrators in Islamabad protesting against Maulana Aziz’s remarks excusing the TTP attack on the schools, as a nation the Pakistani people have not taken to the streets to protest Taliban terrorism. It’s not as if Pakistanis won’t take to the streets when they feel aggrieved.   Only months ago, tens of thousands protested the last election results.

Compare Pakistanis’ limited political and public response over the school slaughter to the immediate, spontaneous reaction in France to the deadly terrorist attack on Charlie Hebdo, the French satiric newspaper. French and Western leaders rallied over 3.7 million demonstrators, invoking the slogan “Je Suis Charlie” on social media, in the streets of Paris and other French cities. In similar demonstrations in London’s Trafalgar Square, Berlin’s Brandenburg Gate, and other European cities, protesters expressed universal anger and intolerance for terrorism. Western political leaders have issued tough-minded statements and French security and police forces waged a nationwide manhunt to capture or kill the attackers.

No one can doubt where the people of France and Western nations stand on violent extremism: no excuses, no tolerance.

In Pakistan, Nawaz’s statements and actions must be viewed with skepticism. His response to the Peshawar attack has focused on process, such as supporting a national plan and acquiescing to the military’s demand to try terrorists.

But where is the vigorous leadership needed to begin a national dialogue to discredit and de-legitimize the Taliban?  Where is the political leadership that rallies a nation? Defeating the Taliban requires a holistic, broad-based military and political approach backed up by visible popular demonstrations in support of defeating violent extremism. A few statements made in the immediate wake of a national outrage hardly make up for a history of timid leadership as terrorism has grown more widespread and deadly. The fact is that until the school attack forced his hand, Nawaz’s actions and statements as well as that of his party underscored that fighting the Taliban is at best a second priority to protecting their political fortunes.

Too many Muslim voices – in Pakistan and elsewhere – have remained mute not only about the Taliban but the barbaric excesses that other Islamic extremist forces such as ISIS have wreaked upon innocent civilians, including Muslims, in Iraq and Syria. Pakistanis too often complain the international community fails to accord them sufficient respect. Their willingness or failure to get tough on violent extremism and to publicly express it will be one test for whether they merit it.

James P. Farwell is a national security expert who has advised the U.S. Special Operations Command and is the author of The Pakistan Cauldron: Conspiracy, Assassination and Instability (Washington: Potomac Books, 2011).

Marvin Weinbaum is a scholar-in-residence at the Middle East Institute and a former State Department intelligence analyst for Pakistan. The views expressed are those of the authors and do not represent the views of the U.S. Government, its agencies, departments, or COCOM.