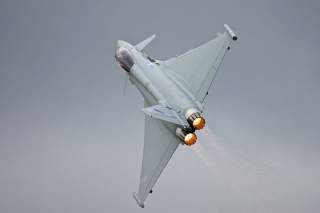 In spring 2014, Secretary of State John Kerry said: “…together we have to make it absolutely clear to the Kremlin that NATO territory is inviolable. We will defend every single piece of it….Article V of the NATO treaty must mean something, and our allies on the frontline need and deserve no less.” And last week Graham Allison and Dimitri Simes asked whether the ongoing crisis with Russia could lead to war with the United States, observing that:  “…the United States has an unambiguous and undeniable responsibility to deter and defend attacks on the Baltic states.”

Would America go to war with Russia over the three small Baltic countries of Estonia, Latvia, and Lithuania, risking escalation that could turn into a nuclear confrontation?

Since the Ukraine crisis heated up late last winter, there has been considerable debate about what NATO should be doing to bolster collective defense of its new member states. The nature of this fear was explained by the Polish prime minister during the 2008 Russian war against Georgia. He said: “Poland and the Poles do not want to be in alliances in which assistance comes at some point later—it is no good when assistance comes to dead people.”  A number of specific dilemmas affirm the nature of this fear. Yet, tragically, the solution to the fears risks exacerbating the conflict with Russia and dividing NATO, thus lessening allied security.

First, there is the actual NATO treaty, which is rarely mentioned when assessments of what commitment among the allies in NATO have to each other are articulated. This is what the allies are committed to in terms of mutual defense:

“The Parties agree that an armed attack against one or more of them in Europe or North America shall be considered an attack against them all and consequently they agree that, if such an armed attack occurs, each of them, in exercise of the right of individual or collective self-defence recognised by Article 51 of the Charter of the United Nations, will assist the Party or Parties so attacked by taking forthwith, individually and in concert with the other Parties, such action as it deems necessary, including the use of armed force, to restore and maintain the security of the North Atlantic area.”

The allies who negotiated the NATO treaty were keenly aware of that the American Congress had powers under the Constitution that allowed it to prevent American participation in the League of Nations. They also understood the need for flexibility in a crisis. Dean Acheson described NATO’s collective defense role at the founding that the alliance as being a “pre-integration organization, aimed to produce general plans for uncoordinated and separate action in the hope that in the event of trouble, a plan and forces to meet it would exist and would be adopted by a sort of spontaneous combustion.” At the time when it faced the greatest threat, when the alliance was founded, NATO had no headquarters, no integrated defense structure, no Secretary General—but the political cohesion of the West signaled a strong political commitment to contain Soviet expansionism. The credibility of this commitment was, nevertheless, eventually manifested by several hundred thousand U.S. troops deployed in Europe and nuclear weapons. Even then, however, doubts persisted as to whether the United States would really risk its survival to defend its European allies in NATO.

Second, the NATO allies are obligated to take care of their individual national security concerns and their populations first and foremost. Consequently, the allies appear to have concluded the best way to secure the Baltics is to see the conflict in Ukraine de-escalate.  Political scientist John J. Mearsheimer summarizes the core issue in this regard by advising against arming Ukraine:  “Such a step is especially dangerous because Russia has thousands of nuclear weapons and is seeking to defend a vital strategic interest.” Likewise, Henry Kissinger cautions: “I’m uneasy about beginning a process of military engagement without knowing where it will lead us and what we’ll do to sustain it…I believe we should avoid taking incremental steps before we know how far we are willing to go…This is a territory 300 miles from Moscow, and therefore has special security implications.”

Third, NATO defense plans specifically do not include forward deployed forces for maximum deterrence. Since NATO’s enlargement process has been in place, collective defense of new members has been based on a model of reinforcement. NATO, in fact, has emphasized this point in official statements so as to disprove Russian claims that the alliance was a threat to its interests. Thus a NATO fact sheet from fall 2014 reads:  “…in the current and foreseeable security environment, the Alliance will carry out its collective defence and other missions by ensuring the necessary interoperability, integration, and capability for reinforcement rather than by additional permanent stationing of substantial combat forces.” The 1997 NATO-Russia Founding Act ensures no permanent deployment allied troops or the deployment of nuclear weapons or related infrastructure among new NATO allies. While there are now many ideas about how troops could be redeployed, especially rotationally, within NATO, there is no existing consensus in NATO to abrogate this agreement and deploy large scale deterrent forces.

Fourth, to make its reinforcement plans more reassuring, NATO is creating a spearhead rapid response force for quick deployment to facilitate further follow-on reinforcements. The force will not be ready until 2016 and has already encountered problems of who contributes and who pays for it. Meanwhile, NATO decision-making, which requires consensus, would not necessarily make this kind of deployment automatic, because all members agree in consensus to implement it. The Russians have clearly shown that they understand that there are tactical advantages to calibrating their strategy in ways that make agreement on more robust actions from NATO hard to achieve. Effectively, Russia has learned that it can affect the consensus decision-loop within the alliance to its advantage. Allies concerned about this dilemma need only look as far as Turkey, which waited a month while consensus was blocked over an Article V defense planning request in the run-up to the Iraq war in early 2003.

Finally, the NATO allies are increasingly divided on what are the major threats to European security. For most all of Europe, the Eurozone remains the most significant risk—especially as Greece continues to flirt with default. Thus the idea of a costly military build-up or return to a Cold War posture is very difficult to fathom across Europe. Even the idea of ramping up economic sanctions on Russia over Ukraine is difficult to sustain, particularly given energy dependence of many NATO and European Union members on Russian supplies. Just after terrorist attacks in France in January 2015, NATO Secretary General Jan Stoltenberg said:  “That’s the reason why we still strive for a more cooperative and constructive relationship with Russia”—a reflection on the benefits of working with Russia on counter-terrorism. Last week, columnist Jim Hoagland reported that a senior hawkish French parliamentarian had told him:  “Nobody in France is debating about arming Ukraine…We are debating how much national surveillance we need to spot terrorists returning from war zones in Syria and Iraq, and how to stop Africa from completely imploding.” Likewise, an Italian with a long career working on NATO issues told Hoagland: “For us, the biggest threat comes from the South…Our nightmares are not about Russian tanks invading from the east. They are about the terrorists a short boat ride away in Libya.” Thus it is a significant dilemma that there is no likely solution to this terrorism problem without Russian involvement.

Graham Allison and Dimitri Simes reference the Baltic dilemma as being the “Achilles Heel” of the alliance. These states are basically defenseless and steps to rectify that could provoke a dangerous Russian response. Russian officials have made clear that if the NATO allies continue to build-up forces in the Baltic countries, Moscow would respond with “a spectrum of responses from nuclear to non-military….” While it seems unlikely Moscow would risk the depth of economic and military isolation that such actions would bring upon themselves, defense planners have to calculate the relative costs and risks associated with reinforcing the Baltic countries at this time. To do so could actually undermine the broader security concerns of NATO and even decrease Baltic security. If that happened, then there would be further pressure to escalate, and we would risk moving from a possible Cold War into a highly dangerous hot war.

The good news for the Baltic countries is that the political signaling of alliance solidarity, backed by power, also creates serious uncertainty that serves as a psychological deterrent to Russia. Thus when NATO is united, it has structural advantages in both political and military terms over Russia. If Vladimir Putin, and perhaps more importantly, the senior military staff around him, are thinking rationally about their nation’s long-term interests, they would not risk a challenge to the Baltics. That said, Putin could gamble that dividing the alliance by threatening the Baltic states as an alternative path to his diplomatic push to leverage Ukraine’s future, thus sparking a dangerous escalation on both sides. But what if Russia did actually invade a Baltic country, directly or by proxy? What then would happen? The fact is, we really do not know the answer, and it is not a question that anyone would benefit from its being tested. Therefore, NATO faces a dilemma. The strongest way to make clear to the Russian leadership that under no circumstances should they even consider a threat to the Baltic countries would be via a maximal conventional and nuclear deterrent posture. The problem is, even putting this on the agenda would risk destroying the existing level of consensus towards Russia within NATO. And, implementing it would likely trigger a series of Russian responses while they would accuse the allies of violating the NATO-Russia Founding Act. Tragically, this would further expose allied divisions and thus undermine the political cohesion that gives power to the Baltic states’ memberships in NATO. The Baltic countries have legitimate concerns about the reliability of the security guarantee in NATO. NATO today is more like a series of concentric circles which gives strategic depth to the large countries. This is not a minor thing as it keeps the major powers distant from each other but raises questions about what is the right level of deterrence for peripheral allies.