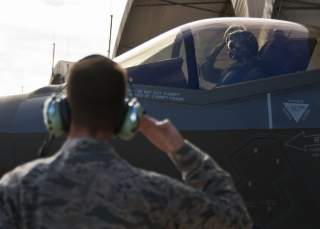 When it comes to how the Pentagon buys new stuff, everyone’s a critic. The zeal for reform rivals that of Carrie Nation when she first took up her hatchet. Yet, despite numerous initiatives—complete with promises, new laws and regulations—the complaints continue to pile up.

Perhaps it is time for a different take on acquisition reform. Rather than pursue another round of all-or-nothing, “comprehensive” reform legislation or small-ball tinkering around the edges, the next administration should embark on a systematic, disciplined effort to remake defense acquisition based on a simple, practical plan.

Nobody tried harder or longer to "fix" defense acquisition than Secretary of Defense Robert McNamara. After being appointed to run the Pentagon in 1961, he watched the services like a hawk. He wanted everything audited. He cut off contracts that let companies reap oversized profits.

His approach was based on four principles:

- decision making must be centralized;

- we won’t buy weapons to fight the last war and;

- all platforms must match up with concrete strategic needs.

When McNamara started, the Air Force could build a bomber faster than it took the Army to buy a rifle, and ship costs were skyrocketing. When he finished seven years later, arguably overall defense acquisition was performing worse than when he had started.

Almost a half-century later, frustration over how the Pentagon procures new systems has not lessened. And with good reason. An analysis by the Center for Strategic and Budgetary Assessments, a defense think tank, concludes that during the decade following 9/11, the Pentagon shelled out about $46 billion to develop a dozen weapons systems that it wound up not buying. Another study by the Defense Acquisition University reportedly found that, providing the Pentagon follows all current regulations and normal procedures, it would take about two years to produce a major contract—to buy nothing.

There are few areas where there is more room for improvement, but this "buying" battlefield is littered with good-hearted efforts that produced little more than additional red tape. Part of the first two years of the next secretary's term should be spent laying down the foundation for a better acquisition enterprise. (Other tasks will need to be completed first, as the secretary puts in place the tools for better buying.)

In Adapting to Flexible Response, 1960-1968, Walter Poole concludes that McNamara failed, in part, because he filled the Pentagon with people who were admittedly very smart and politically loyal, but lacked the skills and knowledge to oversee defense acquisition. Getting it right will take all the smarts of McNamara's "whiz kids" and these other qualities as well. Here’s a four-step plan to launch the measured, serious effort needed—and to have it succeed.

Putting the right leaders at the top is key. So are sensible, responsible ethics rules that the Congressional leadership supports. Such rules would allow the president to appoint knowledgeable, experienced officials and facilitate their sustained service in government by making sure it would not inflict undue personal hardship on them and their families. Continuity of leadership—making sure that key acquisition posts don’t become revolving doors—is just as vital as ensuring that senior staff members have the skills, knowledge and attributes necessary to manage programs.

The trend in acquisition "reform" has been to add oversight steps and micromanage everything. But when a system tries to hold everyone accountable and give everyone a say, no one is really responsible. Establishing policies that reverse the trend is important for setting the right command climate for responsible management. Some of this can be done by the Pentagon alone; other policy changes will have to be made in consultation with Congress. The goal is to establish measures that fix responsibility for acquisition programs with the services and allow flexibility and decentralization in management.

Step #3: Start clearing out the underbrush of unneeded process.

Like weeding the garden, this is an unending task. The leadership team will need to roll-up their sleeves and get started right away, and plan on keeping at it until the day the administration leaves office. At the top of this to-do list: eliminate contracting requirements that reduce efficiency and increase costs (small business set-asides for example, are chronically abused); revise or repeal outdated Federal Acquisition and Defense Federal Acquisition Regulations like those that impose non-value-added overhead on industry.

A sweeping one-size-fits-all reform effort intended to fix everything at once and make all Pentagon procurement look the same? Avoid it at all costs. War is messy and unpredictable. It’s Loony Tunes to expect the acquisition industry that feeds the arsenal of democracy to look like a smooth-running conveyor belt. The military should work toward building three effective acquisition systems, not one.

First, the military needs a means to effectively field capabilities to meet established requirements. This will require discipline in the acquisition of advanced technologies. Defining Technology Readiness Levels (estimating the maturity of a critical technology for a new acquisition program) up front and using them to bound requirements is essential. Requiring a better funding balance of research and development (R&D) and procurement is also key, as is having “on-ramps” for new technologies (spiral development), but requiring they be funded through R&D; and barring the use of R&D funds for procurement.

Third, the Pentagon needs an established system to seek out and adapt unanticipated competitive advantages—the kind of stuff that generals never know they need until someone builds it. DARPA has undertaken some of these initiatives, though transitioning the path-breaking capabilities to the armed services has always been challenging.

A twenty-first-century acquisition enterprise would run all three of these acquisitions effectively in parallel. The Pentagon would be adept at transitioning innovation into battlefield capabilities and skilled at determining the right mix of what the three means have to offer to fill the military's arsenal of democracy. Further, the armed forces would be skilled at pulling commercial, off-the-shelf technology and open-source software solutions when they make sense and at drawing upon the global industrial and scientific base for insight and innovation.

James Jay Carafano is a vice president of The Heritage Foundation. He directs the think tank’s research into national-security and foreign-policy issues. You can follow him on Twitter: @JJCarafano.