Together, Globalists and Localists Can Save the Environment 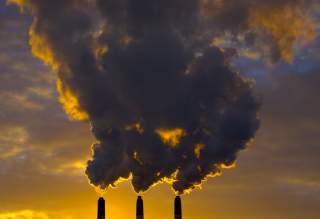 With nearly two hundred national and territorial signatories, the historic agreement in Paris underscores the powerful push to promote global action on climate change. From the largest countries to the smallest island nations, from private industry to civil society, never have so many agreed on so much.

Still, the ongoing rejection of globalist policies cannot be ignored. The election of President Donald Trump is emblematic of the surge in localist sentiment in America and elsewhere in the world. This political reality raises significant doubts over continued commitment to international engagement. At first glance, it appears the global climate change debate is now doomed to more vitriol and less action, especially if the wealthiest countries—those most responsible for a great deal of accumulated anthropogenic greenhouse gas emissions—withdraw or obfuscate.

Friction between globalist and localist movements over global climate change policy appears certain, but we must not lose sight of opportunities to drive shared progress where the interests of these two groups align. Air quality is one such critical cross-cutting issue. Donald Trump himself has often stated that clean air is essential. He is right.

Asthma prevalence in the United States has continued to rise, particularly among the poor, even as many aspects of national air quality have improved. Methane is a valuable energy source that is replacing coal and halting the growth of total U.S. greenhouse gas emissions, but when it leaks into the air along with commingled volatile organic compounds it impacts the climate and forms smog. And, as many cities now recognize, while diesel engines burn fuel more efficiently than gasoline engines, thereby reducing carbon dioxide emissions, their exhaust is linked to cancer and other serious lung and heart problems.

Addressing climate action through related air quality concerns offers both globalists and localists a meaningful way to engage. Public health can be a critical area of cooperation, but there are also important considerations for agricultural and energy policy that come into play.

When it comes to health, limiting emissions that warm the planet means that diseases, like Zika, will not spread as readily to new locations. At the same time, combatting the smog, soot, fine particles and other air pollutants that often enable climate change could help save some of the 6.5 million people who die prematurely each year—six hundred thousand of whom are under the age of five. While these dangers are greatest in developing countries, pollution remains a major issue in the United States, where 138 million Americans—nearly half of the population—live in counties where the air is unhealthy to breathe.

These same aerosols that lodge deep in lungs, deteriorating the body’s ability to function, could also wreak havoc on our food supplies. These pollutants, such as aerosols, can block sunlight, shift water cycles, create drier weather patterns and ultimately significantly reduce agricultural yields. Likewise, at the local level, ground-level ozone is particularly harmful to crops and the rural communities that provide them.

Designing smart energy policy is essential to addressing both air quality and climate change. The vast majority of more localized pollutants—such as sulfur oxides and nitrogen oxides—are energy-related, as is some 85 percent of particulate matter. Each of these undermine the quality of the air we breathe in a host of interrelated and unintended ways. At the global level, emissions related to the production and consumption of energy account for roughly two-thirds of all anthropogenic greenhouse gas emissions.

These areas of policy convergence on air quality and climate change create opportunities for cost-effective, win-win solutions. Also, determining where globalist and localist interests may truly be aligned will be made easier by rapid expansion in the collection and open dissemination of standardized, verifiable air quality data. This data can be used to inform public understanding; building political momentum for successful and durable policy action. Initiatives such as remote sensing with certified satellites, open-source monitoring and reporting such as OpenAQ, and data transparency initiatives such as the Oil-Climate Index, all aim to inform better local and global decisionmaking.

The administration should embrace strategies for jointly tackling local air quality and global climate change as should the private sector, which has an increasingly essential role to play. Even in this period of political division, those working to address local air quality and global climate change have goals that naturally align. Those seeking specific areas of policy convergence have many places to turn. And those putting pragmatism before partisanship hold the key to success.

Deborah Gordon is the director of the Energy and Climate Program at the Carnegie Endowment for International Peace, and Robert Murphy is the director of industrial solutions at Aclima. Both worked for Chevron earlier in their careers.