Tools for Victory against Russia and China 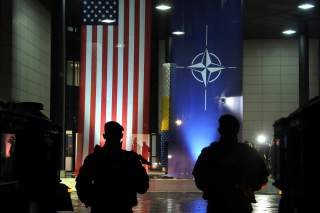 To maintain the existing international order under pressure from China, Russia and Iran, the United States has three basic diplomatic options: to bring some (or all) rivals into the fold of “responsible” nations, to rearrange the international diplomatic configuration by developing new allies in order to counterbalance the revisionists or to strengthen the existing alliances making them more effective for the new security conditions. These three options are not mutually exclusive, of course, because solidifying NATO or the alliance with Japan does not preclude the possibility of developing a new ally such as India.

But at this point they do not have the same likelihood of success. The Trump administration’s foreign policy can be understood as driven by the recognition that choices are limited, and the last one—reforming the existing alliances—is the best bet. This recognition arises from a process of elimination of the other options: rivals are not interested in participating harmoniously in international politics and there are few new allies that the United States can develop.

Take the first option: to bring rivals such as China or Russia into the “global community.” This option was born out of a particularly giddy sentiment of the past decades. The acceleration of global trade, combined with the ideological victory over Communism, had spurred (or perhaps merely renewed) hopes that a new international reality was taking shape. The world, the belief went (and continues to survive under the cover of different catchphrases), may have transcended the old-fashioned realities of power and conflict. States, allies and rivals alike would become global partners tackling all sorts of global challenges, as President Barack Obama put it in his 2009 inaugural address, from nuclear proliferation to the “specter of a warming planet.” In this view, particular threats coming from specific actors mutated into broad “challenges” that required the “cooperative effort of the whole world.” Then-Secretary of State Hillary Clinton echoed this ideology of global cooperation in a 2009 speech when she said that the role of U.S. foreign policy was to “build partnerships and solve problems that no nation can solve on its own” and to move “away from a multi-polar world and toward a multi-partner world.”

Hence, the United States engaged China in the expectation that, by being exposed to the benefits of free trade, this country would appreciate the existing international order and even, at some point, abandon its authoritarian ways. Even more, the United States should welcome China as an “emerging player and partner,” gently steering it toward a responsible behavior respectful of international norms.

Similarly, the Obama administration pursued, hope against hope, a “reset” policy with Russia. The underlying logic was similar: tensions were rooted in misunderstandings and old habits rather than in a fundamental difference of interests and principles. Consequently, the best approach was to assuage the purported Russian fears by accommodating Moscow. As a result, among other actions, Obama canceled plans to build components of a NATO missile defense system in Poland and the Czech Republic. A more “conciliatory American approach,” as Colin Dueck put it in The Obama Doctrine, was expected to “secure Russian cooperation on specific issues… [but also] to kick-start a broader process of cooperation.” Less than a year after Russia attacked Georgia, Obama himself explained to a Russian audience that the United States and Russia had much in common and repeatedly called for a partnership. Without irony, he waxed poetically about Russia as a “mighty river [cutting] through a canyon”—a description that was a bow to Russian imperial aspirations rather than a description of the violence that such a river has caused.

Finally, with Iran, the approach was to tackle one aspect of its bad behavior, namely its nuclear weapons program, while supplying financial benefits and ignoring its destabilizing activities in the region and beyond. With the extra money coming into their coffers, Iranian leaders could improve the welfare of their own people rather than engaging in further violence. As an Obama official confidently put it, “they are not going to spend the vast majority of the money on guns, most of it will go to butter.”

The underlying assumption was that Tehran was willing to trade its nuclear program for an end of its international isolation—and that, once allowed to return to a path of global integration, the Iranian mullahs would become constructive partners, perhaps as Secretary of State John Kerry suggested in 2014, against the Islamic State. As in the case of Russia, such a policy of rapprochement with Iran went against the interests of many U.S. allies, who in fact, when they were opposing Iranian influence in Syria, were criticized by, for instance, Vice President Joe Biden. Unable to see the future promise of cooperation, U.S. allies, rather than Iran, were deemed as the main problem in the Middle East.

In all of these cases, the expectation was that by giving upfront benefits to a rival, the United States could remove that country from the ledger of antagonists and enemies. A policy of accommodation would turn rivals into partners, and “old habits” (Obama’s term) would fade away.

The second option that the United States has is to seek new allies to maintain the existing equilibrium. India is the prime candidate. For decades now, Washington has nurtured the hope that India, the great democracy in Asia, would abandon some of its proclivities toward “non-alignment” and side clearly with the United States and the Western world against a rising China. For instance, in 2006 President George W. Bush signed an agreement on civilian nuclear cooperation with India. The purpose was, in Secretary of State Condoleezza Rice’s words, to enhance the “partnership between the world’s oldest and the world’s largest democracy.” The Trump administration has continued to woo India, but so far to little avail. India as a great power partner is always on the horizon: with a fragile society, lacking the material pillars needed to be a regional great power, India is more preoccupied with Pakistan than China. And recently New Delhi decided to acquire the S-400 air defense system from Russia, despite the very realistic threat of U.S. sanctions. In brief, the promise of a potential alliance between the United States and India remains unrealized.

The great diplomatic coup would be to turn one rival against the other, a particular twist on this option of acquiring new allies. For instance, it would benefit the United States and the Western alliance were Russia to turn against China, a feat that would redirect Beijing’s gaze away from the Pacific and toward its long land borders. A Russo-Western “entente cordiale” against China (and, on a smaller scale, against Iran) in theory is desirable, but its costs may be too high (e.g., in exchange for support against China, the West may be asked to give up on Ukraine’s independence). In any case, Putin cannot afford to counter China, while in the Middle East he is supporting Assad, an Iranian ally. There is simply no evidence that Russia shares any of our interests. In a nutshell, it’s foolish to seek a grand bargain with Russia in the naïve hope of support against China.

The glamour of a grand diplomatic realignment is attractive and will continue to spur U.S. presidents and foreign policy hands to seek a brand-new alliance. If successful, it would be akin to the 1902 Anglo-Japanese alliance or the 1970s U.S. opening to China—a dramatic shift that removes a potential rival while at the same time tilts the balance of power in one’s own favor. But the diplomatic chessboard is not as easy to adjust as hoped: new allies are hard to woo. In brief, the United States does not have this option at this moment.

We are left with the last option: the existing set of alliances, spanning the globe from Europe through the Middle East to East Asia. It is an option that has proven to work for decades, but it needs to be adjusted to reflect the changing geopolitical conditions. In the existing and coming geopolitical rivalry, the United States needs to have capable allies that share the desire and the burden of maintaining stability and security. And this is the path that the Trump administration has taken: to preserve and strengthen the existing alliances. The goal is to pursue a “strategic renovation” of the alliances—and in particular of the Western alliance that underwrites U.S. and European security. The option of doing nothing—or, as Assistant Secretary of State Wess Mitchell put it citing Lord Salisbury, of floating “lazily downstream, occasionally putting out a diplomatic boat-hook to avoid collisions”—is definitely not the one chosen by this administration.