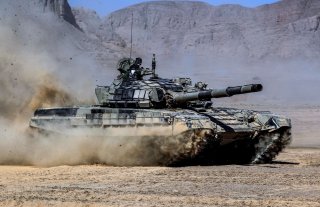 Drawing on our many years of experience in forecasting global risks and trends at the U.S. Intelligence Community’s National Intelligence Council, where we were tasked with providing U.S. leaders with long-range analysis and insights, we have identified the top global risks in 2023 from a U.S. and global perspective. Our track record is pretty good based on the risks we identified for 2022. COVID variants were indeed a source of concern, particularly in China, holding down Chinese economic growth, as we also predicted. We forecasted a Russian invasion of Ukraine and oil prices reaching $100 a barrel, which occurred earlier this year, although energy prices have declined somewhat in the second half of 2022. Food shortages, economic crises, and growing debt problems among developing countries were all highlighted last year, as they are this year. Some economists anticipate the debt crisis may not be as widespread as we and others have projected, but low- and middle-income countries, such as Sri Lanka and Pakistan, are already facing this reality. Last year’s prediction about a shortfall in fighting climate change was borne out at the underwhelming COP27 gathering in Cairo, Egypt, in November; we assess this trend will continue in 2023. Finally, owing to the growing tensions surrounding Taiwan, as well as the U.S. embargo on the export of high-end semiconductor designs and equipment, Sino-U.S. differences will persist in 2023.

Each risk is assigned a probability. A medium probability means there is a 50/50 chance that the risk will play out as we anticipate this year. Making such projections has become more difficult because so many of the risks are interlocked with one another. Polycrisis is the term being used to describe the interwoven nature of one crisis embedded in others. Although polycrises have existed before, the Ukraine War has highlighted the current set of interdependent crises facing the world. The food crisis was exacerbated by Ukraine’s inability to export its grains until recently. The energy crisis is rooted in Western efforts to deny energy profits to the Russian war machine and Vladimir Putin’s retaliation in cutting gas supplies to Europe. Inflation has been boosted owing to energy- and food-price hikes, but it is also linked to supply chain disruptions resulting from the pandemic. As with debt, inflation is also rooted in the increasing prices of commodities because of the war in Ukraine, as well as the strong dollar and fiscal outlays by states to combat the economic downturn caused by the pandemic. The fact that most of the risks are interrelated means that the reduction in risk of any single one will depend on many other risks decreasing concurrently. Similarly, the severity of any single risk is linked to and often aggravates others. Nevertheless, we think it useful to examine each risk individually, keeping in mind the interlocked nature of all risks, and forecasting the direction that each will move in terms of probability—higher or lower—even though any individual risk cannot completely diminish while the others have not been resolved.

1) Polycrisis from the Ukraine War: The endgame in Ukraine, and how and when it will occur remain a mystery. Yet the polycrisis loop cascading from the war—energy and food insecurity, inflation, economic slowdown—may be generating “Ukraine fatigue” in the West, threatening vital support. As winter sets in, and the war slows, Putin will undoubtedly step up his strategy of attrition, attacking Ukraine’s energy and water infrastructure, seeking to make Ukraine collapse as a functioning state before his losses force him to accept some degree of defeat.

Kyiv’s taking of Kherson in the south and parts of the Donbas in the northeast—more than 50% of the land that Moscow once occupied—since February 24 strengthens its hand. A negotiated resolution—or even a ceasefire and stable armistice—is still premature because both sides feel they can win. Kyiv issued a 10-point peace plan at the November G-20 meeting. It demanded that Russia withdraw from all of Ukraine’s sovereign territory and pay damages; in effect, it calls for Putin’s total surrender. Conflicting pressures are pushing and pulling: on the one hand, Kyiv is asking for U.S./NATO to send more advanced, including long-range weapons like Army tactical missile systems and missile defenses; meanwhile, some members of the U.S. Congress want to curb support for Ukraine.

The war is generating multiple interconnected risks: these include an ongoing, stalemated conflict; escalation if the U.S./NATO sends additional advanced weapons to Kyiv in response to Putin’s bombings; Russian use of nuclear weapons if Kyiv tries to take Crimea; “Ukraine fatigue” in Europe as recession sets in; and a U.S.-EU divide over the quantity and quality of military assistance to continue to provide to Kyiv.

2) Growing Food Insecurity: The World Food Program (WFP) has highlighted a “ring of fire” of hunger and malnutrition stretching across the globe from Central America and Haiti, through North Africa, the Sahel, Ghana, the Central African Republic, and South Sudan and then eastward to the Horn of Africa, Syria, and Yemen and extending to Pakistan and Afghanistan. The number of people facing acute food insecurity has soared from 135 million to 345 million since 2019. Even if the war in Ukraine is resolved peacefully and future grain shipments from Ukraine are not in peril, food shortages will still exist. In addition to conflict, climate change—which is causing more severe droughts and changing precipitation patterns—is a major driver of food insecurity and is unlikely to be effectively mitigated in 2023. Soaring diesel fuel and fertilizer costs, exacerbated by the Ukraine war and supply chain issues (getting crops to market and meat/poultry processing), have increased costs for feeding livestock and dairy animals. Costs for humanitarian relief are increasing because of inflation: The extra amount that the WFP now spends on operating costs would have previously fed 4 million people for one month.

3) Upheaval and Confrontation with Iran: As with the Ukraine war, the unprecedented popular uprising could turn Iran into a polycrisis. The stars are already aligned for a dangerous new U.S. and/or Israeli conflict with Tehran. The Iran nuclear deal—on the brink of success just a few months ago—is now dormant, if not dead. Iran is accelerating production of near-bomb-grade highly enriched uranium (HEU, it has 60% of the 90% required for a bomb) and is only weeks away from having enough to produce a bomb and will have a deliverable warhead in two years or less.

Iran’s provision of drones and missiles to Russia add a new dimension to the confrontation and an impetus for new sanctions. The depleted legitimacy of the theocracy and repression of the unprecedented popular uprising adds uncertainty. Iran may be one mass strike away from a political revolution—a low-probability, high-consequence event.

A new far-right government in Israel and a Republican House of Representatives in the United States will intensify pressure to bomb or sabotage Tehran’s enrichment plant at Fordow as well as Iran’s missile and drone facilities. In response, Iran could strike Saudi oil facilities or oil tankers in the Gulf of Hormuz, disrupting oil traffic as the risk of an escalatory conflict grows. Popular protests bringing down the theocracy is a low-probability, very high-consequence event that could transform the geopolitics in an already troubled Middle East.

4) Worsening Debt Crises in Developing World: The UN Development Program (UNDP) has warned that 54 low- and middle-income countries have “severe debt problems.” These countries account for 18% of the global population, more than 50% of people living in extreme poverty, and 28 of the world’s top-50 most climate-vulnerable countries. Historically, debt relief has come “too little too late.” Solvency problems have initially often been mistaken for liquidity problems, leading to protracted debt crises with severe economic consequences. Low-income countries, such as Somalia and Zimbabwe, are at the top of UNDP’s economically distressed countries list, but Oxford Economics assesses that many emerging market countries will weather the storm, having already cut back on expenditures early in the downward cycle. The dire fiscal circumstances of most developing states is a bad omen for reaching the UN’s sustainable development goals by 2030. Instead, the developing world is likely to experience more poverty, less educational improvement, and decreased ability to fight climate change in 2023.

5) Spiraling Global Debt: Both the corporate debt of nonfinancial companies ($88 trillion, about 98% of global GDP), as well as combined government, corporate, and household debt ($290 trillion by the third quarter of 2022), have been increasing during the past four-to-five years according to the International Institute of Finance. Several years of low—in some cases, negative—interest rates, fueling easy money, help to explain this situation. Although the total has declined slightly, the polycrisis of heightened interest rates, a strong dollar, a recession in Europe, a weak Chinese economy, and uncertainties over Ukraine is likely to spark another regional or even global financial crisis. The magnitude of debt is substantially larger than that during the 2007-08 financial crisis, and the fiscal conditions in major OECD countries are more problematic. Still more troubling is the declining level of international cooperation, which is much less favorable than in 2008. A Republican Congress is less likely to approve expanding IMF and World Bank resources needed to prevent defaults and reschedule debt, particularly in developing countries, but also potentially in Italy. The G-20 played a key role in the 2007-08 financial crisis but judging from the November G-20 meeting in Bali, coordinating efforts to manage debt are inadequate. China, the largest creditor to developing countries, prefers to manage debt bilaterally, and fraught U.S.-China ties suggest that Beijing will be unlikely to cooperate with Washington as it did in 2008. Sparks triggering a new major financial crisis could come via default threats from one or more developing states or Italy, a Lehman Brothers-type corporate collapse, or panic if the war in Ukraine escalates to the nuclear level.